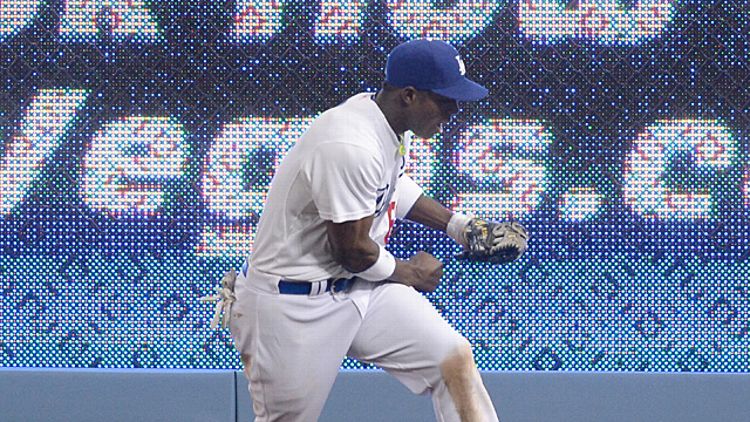 Here is a link to a Los Angeles Times column by Bill Shaikin, who argues that Yasiel Puig, the Dodgers’ 22-year-old Cuban wunderkind, will not duplicate in 2013 the success that Mike Trout had across town in 2012 because Trout had more experience than Puig does now. Shaikin’s right, of course, but the real argument is much simpler: Nobody will do what Mike Trout did.

Trout was the no. 1 prospect in the game. Trout, at age 20, posted a 10.9-WAR season. Blah blah blah WAR imperfect caveat whatever, but that demolished the record for a player that age, set by Alex Rodriguez with a 9.3 in 1996. In fact, the only other players to beat seven wins at age 20 were Mel Ott and Al Kaline, both of whom are in the Hall of Fame.

Bryce Harper was on the cover of Sports Illustrated as a high-schooler. He got his GED so he could go to college (where he became the first juco player to win the Golden Spikes Award, baseball’s version of the Heisman), and got drafted no. 1 overall. Anyone who didn’t think Trout was the top prospect in baseball would have chosen Harper. He won Rookie of the Year in the National League, at age 19, with a 5.2-WAR season. The only other teenage position players to beat three wins? Ott, Edgar Renteria, and Ken Griffey Jr.

Which brings us back to Yasiel Puig, that armored cavalry division of a man who led off for the Dodgers last night in his first major league appearance, went 2-for-4, and made a superb throw to double off Chris Denorfia to end the game.

I’d say that’s a great debut performance from an exciting prospect, one who’s risen through the minors quickly and demonstrated admirable skill. I think Puig will hit 30 home runs, probably not in this season but in some season down the road. I think he’ll make at least one All-Star team, and I think he’ll be well liked by the fans in Dodger Stadium.

But insofar as there are sure things with 22-year-old baseball players, I’m sure that Puig will not be as good as Trout, which is, in the hysteria of a talented young player coming up to the big club, apparently lost on some people.

Generational talents like Trout and Harper come along, well, once in a generation. This is not your baby brother’s birthday party — just because he gets presents doesn’t mean you get presents, no matter how much you stamp your feet and cry that it’s not fair. Just because the Angels have Mike Trout doesn’t mean the Dodgers get Mike Trout, too. Or the Orioles (Manny Machado) or the Rangers (Jurickson Profar) or the Twins (because this kind of nonsense is already coming down the pike about Byron Buxton). Not every organization even has a star prospect to call on, and not all star prospects are created equal.