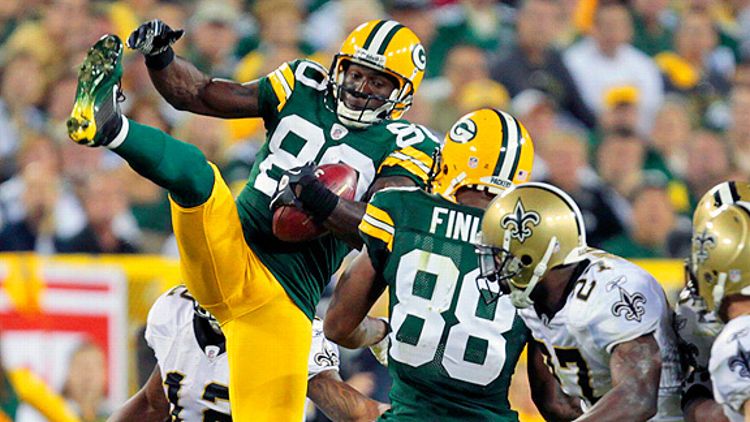 Drew Brees on Organized Practices During the Lockout
“It’s preparing us to have a championship season, and I feel like it’s putting us way ahead of other teams around the league, just by the fact that we’re so organized.”

Donald Driver on Organized Practices During the Lockout
“We’re just enjoying the atmosphere of winning the Super Bowl. We haven’t had the opportunity just to celebrate like we want to.“

This week’s big winner is Stephen Covey for having more proof … however circumstantial … that “Sharpening the Saw” is an excellent way to prepare for the NFL season. (Note: not applicable for lumberjacks.)

The big loser of the week is autodraft. My view of robots in autodraft is the exact opposite of my view of the robots in Reel Steel. So here’s the half-baked business idea — Nanny Drafters. “Your draft is your baby — I’ll take care of it while you’re out.” (Alternative tagline: DON’T TRUST ROBOTS!)

Next year, I’ll draft for you if you’re in a bind. Fees below:

Honorable Mentions
Players whose college names don’t lend themselves to saying “THE ______ University” … everyone born in the 80s and 70s who are still clinging on to some shred of youngness since Randall Cobb became the first NFL player born in the 90s … Jimmy Graham’s belt move in the 4th quarter … all that legal paper in your office … Kris Kross’ “Jump,” for not having the staying power of “Jump Around” … the Mack Daddy … the Daddy Mack …