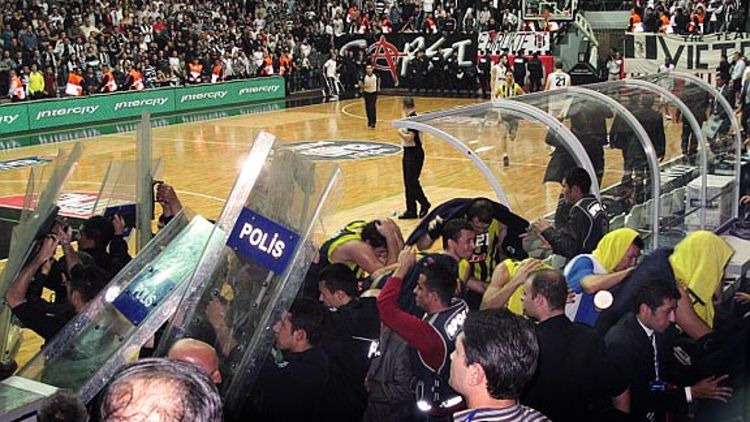 The big winner of the week is the guy talking in the background of this video*. I’ve transcribed his best quotes for you:

Sitcoms have laugh tracks. Viral videos have this gentleman. I spent 20 minutes searching for a relevant Marshall McLuhan quote that would inject some academia into this post. I couldn’t find anything so instead, take it away, viral video guy: “Oh man!” “Crazy!” “Good point!”

Larry Bird wins because of a report that says the Twitter bird’s name is either Larry Bird or Larry T. Bird. When reached for comment, the real Larry Bird said “I don’t care.” (OK, he didn’t really say that. But, you know … he didn’t have to.)

And finally Oscar Pistorius, who wins for two reasons. First of all, his name is Oscar. Second, he’s a double amputee who will race able-bodied opponents in the world championships this month. Read this article and then enjoy the confusion of recalibrating your internal sports code compass.

This week’s big losers are the rumors, discussions, and reports that involve any NBA player going to Besiktas. I once saw Allen Iverson play for Besiktas — the same team Deron Williams Kobe Kevin Durant might play for. I only saw one game in Turkey, and I don’t claim to know anything about Turkish basketball. But I do know this: Turkish fans like throwing water bottles.

I saw a few bottles fly during the game I attended. Players kicked them away. I thought it was just a random act. I was wrong. Very wrong. “Idiot American, why do you think we’re in riot gear?” wrong.

With two minutes left in the game, security guards line up next to the visitors’ bench. The game ended — and water-bottle Armageddon began. Riot-shield canopies went up; bottles rained down. Worst Poland Spring ad ever. Players Saving Private Ryan’ed back to the locker room. When it ended, no one thought it was weird, which made it more weird. Maybe it was just a random incident. Maybe Besiktas’ home crowd is the only team that throws bottles and because Durant would play for Besiktas, he’d never get hit. Or maybe Durant doesn’t mind getting water bottles thrown at him. Maybe Durant LIKES getting water bottles thrown at him. Maybe it inspires him! Maybe these discussions with NBA players are actually just flirtations and no contracts will ever be signed because Beskitas can’t afford these guys and even if they could, they don’t really want to play in Turkey … annnndddd scene.

The next big loser is Michael Vick’s fantasy potential. We’re developing a new show for ESPN2 called Numbers Never Lie (think Meet the Press meets Moneyball meets Mike & Mike in the Morning). Right now we’re just experimenting with various segments, guests, and ways to say “Michael Vick won’t be as good as you think.” Earlier this week, Chris Harris sat down at a plywood desk, loaded statistics into his mouth cannon, and fired away. Here it is in written form.

Here’s the moral of the story: if you like stats, you’ll like the new show. And you won’t draft Vick.

The third loser — the relationship between Tag Heuer and Tiger Woods. Could it have been saved? Eh … maybe. We’re all suckers for the comeback. Ride it out, Tag. Here’s your free campaign: Tiger alone at his house — early — miserable — broken — he’s hitting golf balls — he’s waking up — he’s on the road to redemption — Time to Go to Work — Tag Heuer.

“Peggy, bring the Scotch into my office.”

*Eds note: Sorry about that bad link. Looks like the video was taken down. We’re looking for a replacement. If you find it before we do, e-mail us at triangle@grantland.com. Thanks!