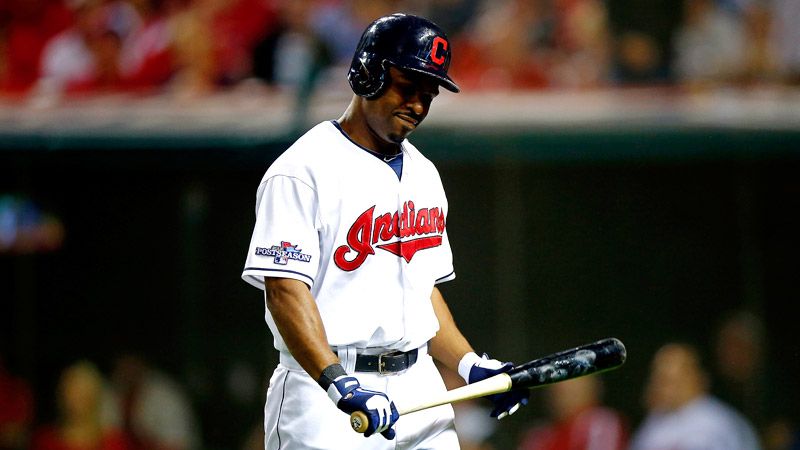 The holidays saw several more deals go through, ranging from the Royals signing 38-year-old Miguel Tejada in the hopes he’ll provide actual value for the first time in four years to moves that actually have a hope in hell of panning out. The most intriguing news actually happened off the field.

FOX Sports Media Group recently bought SportsTime Ohio for $235 million from the Cleveland Indians. With a new network to carry its games, the Tribe could now see their annual TV rights fees climb to $40 million a year. Which would be swell, except for this: That’s only $10 million a year more than the team’s making under its current deal. It’s possible that the relatively small bump in Indians rights fees is an aberration in the red-hot trend that’s supercharged the industry, with teams like the Rangers and Angels, even the Padres and Astros reaping big financial gains from new TV contracts.

But as Maury Brown writes, the Indians’ new TV deal might signal something different altogether: an early sign that the TV rights bubble might be about to burst. Brown explains:

Where does the money to pay for these lucrative media rights deals come from? Subscribers. And, when you get subscription fees going through the roof, the carriers of the content, and ultimately, consumers begin to make noise.

In other words, there might come a point in time at which cable companies simply run out of good will with their subscribers, and won’t be able to keep hiking rates. Maybe it’s the 17th sports network charging two or three bucks for rights, maybe it’s the 117th. Maybe it’s customers who revolt; maybe it’s the government. But when that happens, the teams that still haven’t renegotiated their TV rights fees might find something less than a pot of gold waiting for them. That’s doubly true for teams playing in small-to-medium-sized markets.

Every team is still getting richer, with the league’s new national TV deal set to dump about $25 million a year into each club’s coffers. But the overall gap between richer and poorer teams figures to widen. The low end of the Dodgers’ rumored $6 billion to $7 billion local TV deal would pump $240 million a year into ownership’s pockets, six times what the Indians will make in their new deal. Maybe the promise of revenue sharing redistributing a chunk of those fat, new deals for the biggest-market clubs will placate those less fortunate (though backdoor shenanigans could take a bite out of that scenario). Maybe the overall rising tide will be good enough for lower-revenue clubs to stand down. But if you’re looking for a potential threat to what’ll be more than two decades of labor peace when the current collective bargaining agreement expires, the gigantic team-by-team gulf in TV contracts, and the potential for poorer teams to agitate for more revenue sharing, could be it.

Even with most of the big-name free agents now off the board, we still have a few major pieces in play. The biggest names left — players like Michael Bourn, Kyle Lohse, Adam LaRoche, and Rafael Soriano — have one thing in common: They all require the team that signs them to give up a compensation draft pick, something that’s made teams reluctant to pull the trigger and might end up depressing their signing prices.

Take Bourn. Big-money teams like the Dodgers (Crawford-Kemp-Ethier) and Yankees (three lefty-swinging outfielders already, two of them with Bourn-like speed-and-defense skill sets, plus the Yankees are now fiscally responsible) are likely out of the bidding. The Rangers would seem like logical bidders, but they’ve been after Justin Upton for months, and the Diamondbacks’ recent three-year deal for Cody Ross means one of their incumbent outfielders is likely available. The Braves and Phillies are both looking for another outfielder, but with B.J. Upton and Ben Revere on board, both teams might prefer more of a thumper at a corner outfield spot than another speedy fly-chaser up the middle. The Mariners have reportedly had discussions with the Marlins for Giancarlo Stanton, but unless they burn their entire farm system to the ground that’s probably not happening, so maybe Bourn lands in Seattle. (You can bet that fans of all 29 non-Miami teams are fantasizing about Stanton in the middle of their lineups, but with less than three years of service time banked, Stanton isn’t Jose Reyes or Mark Buehrle or Josh Johnson, and the odds of him actually getting dealt this offseason would seem to be pretty damn long.)

All in all, it looks like a shaky market for Bourn, the best available player still out there. Of course, everyone and their dog wondered what would happen to Prince Fielder when he was still unsigned through the first three weeks of January last offseason. Then Scott Boras got $214 million for his client. So maybe a mystery team comes forward as he angles for a Bourn deal, too. With Bourn, as with Lohse, LaRoche, and Soriano, a deal might simply come down to which team is willing to overlook a lost draft pick first, something that might be tough to do given the new restrictions on draft spending and what a high compensation pick could potentially yield.

Our semi-informed guesses for the half-dozen best remaining free agents: