Why Jason Kidd’s Move to Milwaukee Is Business As Usual 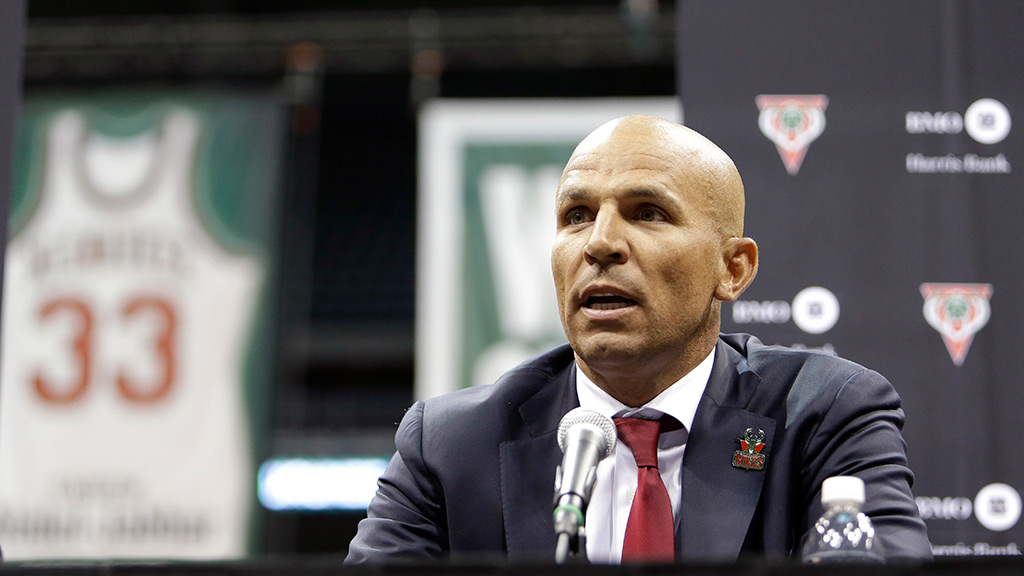 “This is a business, I think Billy said it best, and that’s what it comes down to.” —Jason Kidd

Jason Kidd’s career path is littered with the bleached bones of various teammates and franchise personnel who had the misfortune of having career ambitions that ran counter his. A quick list of people who at one time or another (allegedly) found themselves on the short end of Kidd’s basketball intrigues: Cal coach Lou Campanelli, Mavs teammate Jim Jackson, Lawrence Frank (twice), Rod Thorn, the Barclays Center mop person, Mark Cuban, Billy King, and now ex-Bucks coach Larry Drew (not to mention his staff), whose next stop is probably the fired-coach unemployment sinecure known as NBA TV. Shouts to the god, Rick Kamla.

Here’s a quick recap in case you’ve been somewhere enjoying life without the constant static crackle and hum of the NBA offseason whizzing through your consciousness:

• Kidd, lately the coach of the historically expensive Brooklyn Nets, after alleged repeated run-ins with GM Billy King, decided that, hey, actually, someone should be this dude’s boss and maybe it should even be me.

• Concurrently with his unhappiness with Brooklyn’s management tree, Kidd garnered the interest of Milwaukee Bucks co-owners Marc Lasry and Wes Eden for the team’s head coaching position which, at that time, was occupied by Drew.

• Kidd approached Nets ownership, most likely armed with the leverage of the Bucks job, demanding to be given a title that would make him King’s organizational superior. The Barclays putsch failed, Kidd is now the coach in Milwaukee, Drew is now one of the most well-compensated unemployed people in the country, Lionel Hollins is now the coach in Brooklyn, the Nets now have two future second-round draft picks as recompense from the Bucks, and Bucks GM John Hammond, who had to trade those picks, is now down to three hours of sleep a night wondering when he’s going to feel the tickle of Kidd’s icy breath on his neck.

Kidd’s display of naked ambition apparently ran afoul of the unwritten bylaws of the NBA coaches fraternity, violating the rule regarding not campaigning for jobs that are currently occupied. Bear in mind, this particular unwritten rule bears little relation to the way things usually unfold in the NBA, and the resulting indignation is selective at best. In regular life, not going after someone’s job is referred to as “not being an asshole.” The NBA is not regular life; it is a multibillion-dollar business in which being an asshole is frequently one of the keys to success.

Kidd’s victim, Drew, once bodied former Hawks coach Mike Woodson when Drew was Woody’s lead assistant, pouring poison in the dude’s ear over the course of several weeks while detailing to Atlanta’s front office just exactly how and why Woody was not right for the team. Woodson was eventually pushed out the door to make way for Drew and the two haven’t spoken since.

Erik Spoelstra recently decried the third-world mortality rates of NBA head coaches, but in 2005-06, Pat Riley descended from his front-office perch to take the whiteboard conch after the conveniently timed resignation of Stan Van Gundy — the result of either SVG’s professional malaise, Riley’s championship bloodlust, Shaq’s intransigence, or some combination thereof — to win his fifth NBA title as a coach. Woodson was brought to New York — and this seems legitimately incredible now — as Mike D’Antoni’s defensive assistant, basically against D’Antoni’s will, a move that even at the time looked like a precursor to Pringle’s inevitable firing.

Heck, even the sainted Gregg Popovich is not beyond reproach. Bob Hill believed his 1996 firing by Pop, then the GM in San Antonio, was unfairly executed, and that Pop added insult to injury by denigrating Hill’s reputation around the league. It would be nine years before Hill got another head coaching job. “It’s part of life — [Popovich] always wanted to be the head coach, I just didn’t recognize it quick enough,” Hill said recently. 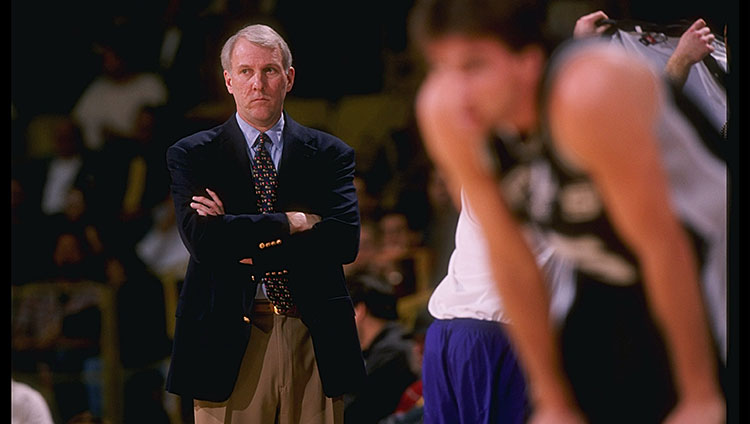 In 1995, Riley fled my beloved Knicks after a failed bid for organizational power. He had been negotiating with Miami while still under contract with his then-employers at the Garden, and he resigned from the Knicks via fax. To avoid a sure tampering verdict, Miami sent New York a first-round pick (no. 19, Walter McCarty) and $1 million in cash. Knicks fans felt betrayed, dubbed Riley “Pat the Rat,” and one of the most acrimonious rivalries in league history was born. Looking back, after three Miami titles, I think it’s pretty clear the Knicks would’ve been better off giving Riley what he wanted. Sure, Riley was an entitled, driven jerk, but it’s not like I had to hang out with him. Kidd to Milwaukee is like the Canal Street knockoff of Riley to Miami.

So, while Kidd’s attempted power grab and subsequent move to Milwaukee is certainly a distasteful display of unvarnished asshat ambition, it is not without precedent. And, anyway, it’s Jason Kidd! What, exactly, did we expect would happen? A lot of post–Kidd coup pieces decry this incident as a waste of the goodwill Kidd had built up during the Nets’ post-January run to relevance. That’s true, but it arrives at the crux of the matter at an acute angle. After all the shit Kidd has done over the course of his career — the backstabbings, the petulance, the broken verbal agreements, the drunk driving, the spousal abuse, the faked migraines — Kidd had built up goodwill JUST BY WINNING A FEW BASKETBALL GAMES. It’s a business; a results business. Wins will wash away all sins.