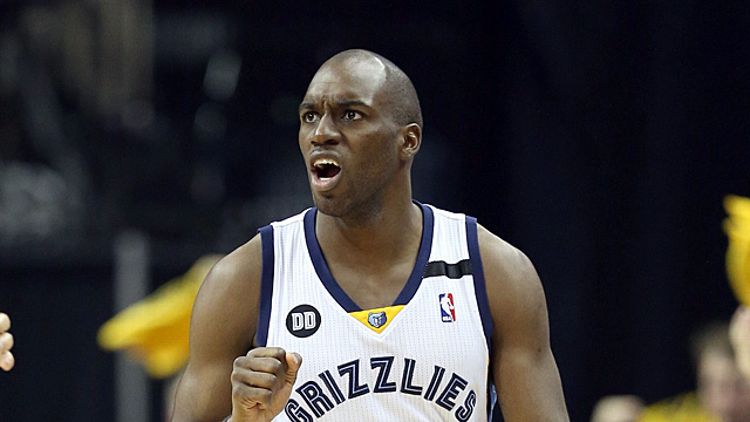 Who Is He? Quincy Pondexter.

Where Is He From? Washington.

Nickname: Back at San Joaquin Memorial High School, where Pondexter played with Brook and Robin Lopez, they used to call him “Slow Mo.” He didn’t like that. These days, it seems to be “QPon,” which counts, I guess.

His Game in 25 Words or Fewer: Improved shooter whose main value on offense comes via the corner 3. A capable defender who has a length advantage when matched up on 2s.

Pondexter was a great college scorer by the end of his senior season in Washington. He averaged more than 19 points per game on almost 53 percent shooting for the Huskies on his way to First Team All–Pac 10 honors. At 6-foot-6, Pondexter enjoyed enough of a length and athleticism advantage against college competition that he could get his shot off from almost anywhere on the court, and it helped turn him into one of the most productive college players in the country.

His best moment supposedly came in the first round of the 2010 tournament, when he banked in the game-winning shot to upset Marquette in the first round. But for some reason, the only documentation of this comes in the form of either strobe light-mimicking slideshows or footage consistent with WWII-era newsreels. I’m sure it was really exciting, though.

This isn’t nearly as bad as the title or the number of views would lead you to believe, but it’s the worst we could find. What I’m wondering is how many other people forgot Vince Carter played for the Suns. C’mon, you can admit it. We’re all friends here.

Taking my mama on a date to the movies to see Pain and Gain.. #singlemanlife

Yea that or the Bachelor “@abileft: I would love to see @quincypondexter on the celebrity apprentice or something like it”

Is He Saber-Friendly? As an addition scoring option, yes. Pondexter’s 56.5 True Shooting figure this year was the highest of his career by almost a full 5 percent, and that’s due in large part to an improvement on corner 3s. Last year, Pondexter shot just 36.5 percent from the corner. This season, it’s jumped to 45.5 — well above the league average. Nearly two-thirds of his 304 field-goal attempts came on either those shots or in the restricted area, and that’s usually a good mix for efficient scoring.

Pondexter’s defensive numbers aren’t favorable on the surface (Memphis’s points allowed per 100 possessions jumps up by almost six points when he’s on the court), but part of that is with whom he normally shares the court. Tony Allen and Pondexter played together for about four minutes a game, and only about half of Pondexter’s minutes came alongside Defensive Player of the Year Marc Gasol. Memphis’s defense was worse with Pondexter on the floor last year, but it’s mostly because the rest of its players are such excellent defenders.

Should We Know Him? Yes, because especially in this series, he’s given the Grizzlies a boost. Memphis lacks floor spacers on offense, but that’s an element that Pondexter’s improved 3-point shooting brings. It’s a tiny, tiny sample, but in these playoffs, Memphis is almost five points better per possession on offense. He also adds another long body to toss at Chris Paul, and he’s shown he’s capable of taking on that job in short spurts. Memphis’s advantages are going to be inside and on the glass for as long as they’re in the playoffs, but especially against a team that has the wing depth of the Clippers, Pondexter should have a role in how the rest of the series plays out.