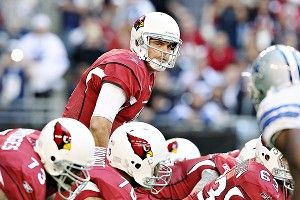 Yesterday, we stopped lamenting the end of the NFL’s acquisition season by detailing how 10 teams had sufficiently upgraded their weakest spots in the lineup. Plaudits were handed out, compliments were given, and we even found a nice thing to say about the Browns taking a running back third overall. All in all, it was a day of high praise.

Today, though, brings the natural counter to that piece: the 10 teams who failed to address their biggest holes this offseason. Some of these organizations tried to do so and failed. Others were limited by the salary cap. A couple of them even created those holes early on in the offseason and never seemed to get around to patching them up. We’re not concerned with the excuses here, though; we just see the smoldering wreckage at certain positions for each of these teams and wonder whether that problem will come back to haunt them in 2012.

Before we start, please remember that this is an analysis that strictly considers investment at a given position as opposed to one that weighs the way a team considered multiple problems or the likelihood of the attempted fix actually solving said problem. Again, while we’re not psyched about the Browns drafting Brandon Weeden in the first round, devoting a first-round pick to a quarterback in the hopes of producing a significant upgrade at the position still qualifies as an attempt to patch a hole. Using a fifth-round pick in the same spot? Not so much.

We start in Arizona, where the Cardinals are ruing their big decision from last year’s acquisition festival:

Is it too early to give up on Kevin Kolb as Arizona’s quarterback of the future? Probably not. Barring an incredible leap in his performance from a year ago, Kolb’s inability to handle any sort of pass rush and the increasing frequency of his injuries (including a scary bout of post-concussion syndrome) has already combined to put the writing on the wall for his tenure in Arizona. It’s not surprising that the Cardinals are sticking with Kolb, but it is certainly surprising that they didn’t bring in any competition for Kolb during the offseason. The Cardinals appear committed to starting either Kolb or John Skelton during the 2012 season, and considering that Skelton’s managed to complete 52.6 percent of his passes as a pro, it’s probably going to have to be Kolb.

Michael Turner’s 2011 numbers — 301 carries, 1,340 rushing yards, 11 touchdowns — seem pleasant enough for a starting running back. Underneath, though, are some ugly trends. Turner’s numbers get a huge boost from a 17-carry, 173-yard showing against the Buccaneers in Week 17, with that game coming weeks after the Bucs had quit on Raheem Morris. Take that game out and Turner’s yards per carry fall from 4.5 to 4.1. Before that, Turner had averaged fewer than four yards per carry in each of his five previous games. In those five games, he carried the ball 84 times for 280 yards. After the Week 17 blowout of the Bucs, Turner had just 41 yards on 15 carries against the Giants in Atlanta’s 24-2 playoff loss, with Turner notably sitting on the sidelines during one of Matt Ryan’s ill-fated sneaks. You also have to remember that Turner offers nothing as a receiver, as he’s averaged just 10 catches per season since joining Atlanta. The Falcons could have chosen to bring in a complement or handcuff for Turner, but instead, they’ll stick with Jacquizz Rodgers as a change-of-pace back behind Turner for 2012.

As is their custom, the Panthers made another one of their veterans feel at home with a massive contract extension, thanks to the new deal Steve Smith got in April. What they left undone for yet another year, though, is the question of who will benefit from the combination of Smith and Cam Newton in 2012. The Panthers hope that it’s Brandon LaFell, who caught 36 passes and scored three times last year, but LaFell works best as a matchup problem for undersized defensive backs and might not be a complete receiver. The Panthers may also hope that David Gettis recovers well from his torn ACL, but it’s a shame that the Panthers didn’t take a flyer on any veteran wideouts in free agency.

You know how you have that one fixer-upper job on the top of your to-do list and it never gets taken care of? That’s cornerback for the Lions. The Jim Schwartz regime inherited terrible corners and has replaced them with a variety of castoffs from other organizations. The likes of Chris Houston and Alphonso Smith have shown flashes of effectiveness after being acquired by Detroit, but the Lions still lack a true no. 1 cornerback. That’s a problem in a division with Brandon Marshall, Percy Harvin, and the variety of weapons available to Aaron Rodgers. They did use a third-round pick on Louisiana-Lafayette cornerback Dwight Bentley, who hails from the same school that once produced NFC North mainstay Charles Tillman, but he’s unlikely to make a significant impact as a rookie. The cap-strapped Lions will rely heavily on their pass rush to make up an effective pass defense, something they made even clearer in the offseason by franchising defensive end Cliff Avril.

Miami wasn’t exactly flush with wideouts before the offseason began, but after they traded Brandon Marshall on the opening day of free agency, they desperately needed an upgrade at the position before the 2012 season began. They finally made that move on April 17 with a huge deal for … Legedu Naanee. Oh boy. The Dolphins want to build around their two-headed rushing attack with Reggie Bush and Daniel Thomas, which is fine, but there’s no reason that the Fins need to punt away their options at wide receiver in the process. Davone Bess and Brian Hartline will be stretched into roles beyond their abilities as the starting receivers, while the team hopes for a big year from 2011 fourth-rounder Clyde Gates, who caught all of two passes in 15 games last year. Maybe they can move Bush to wideout permanently.

The Jets decided against cutting Santonio Holmes after his petulant end to the 2011 campaign, but they passed on re-signing Plaxico Burress and only came out of free agency with injury-prone Raiders target Chaz Schilens. In the draft, they added six-foot-five Georgia Tech wideout Stephen Hill in the second round, comparing him to former Tech stars Calvin Johnson and Demaryius Thomas, but Thomas and especially Johnson were much further along in their developmental process than Hill currently is. As a rule, if a receiver with Hill’s physical gifts isn’t worth a first-round grade, his skills are years away from actually appearing at the professional level. There have been 27 receivers who were 6-foot-3 or taller taken in the second round of the draft since the merger, and they averaged 18 catches, 262 yards, and two touchdowns as rookies. Only one managed to bust out a 1,000-yard season during his rookie campaign: Cris Collinsworth. So while Hill might eventually turn into a contributor, the win-now Jets really needed a player that, well, would have helped them win now.

New Raiders general manager Reggie McKenzie doesn’t mess around. Faced with the salary cap excesses of the final days of the Al Davis era in Oakland, McKenzie basically took a scythe to the bloated salaries on his new roster. The first notable move he made was to release Raiders stalwart Stanford Routt, who quickly latched on with the division rival Chiefs. The team also passed on re-signing “The Other” Chris Johnson, who was their expected starter across from Routt in 2011 before injuries ended his year. And what did the Raiders do to replace their starting cornerbacks? Well, not much. They’ll hope to get full-time work out of 2011 third-rounder DeMarcus Van Dyke, who filled in as a rookie when Johnson went down last year. They also went to the bottom of the free-agent market and found a pair of second-round busts from otherwise-successful franchises (San Francisco’s Shawntae Spencer and Green Bay’s Pat Lee) and a guy coming off of a broken neck (former Rams starter Ron Bartell). Oakland should still muster up a viable pass rush, but if the departed Kamerion Wimbley proves to be a crucial subtraction, how are those corners going to hold up against Philip Rivers and Peyton Manning? Well, they’ll get help from …

Maybe general manager A.J. Smith is going underground, Keyser Soze–style, and is terrified that he’ll be fired if he surfaces long enough to patch up a dismal offensive line. That’s the best explanation for the condition in which San Diego’s line has been left after the spring. With guard Kris Dielman retiring after suffering a severe concussion and tackle Marcus McNeill failing his physical, the Chargers were left with holes in multiple spots on the line. Instead of bringing in fresh blood, though, Smith elected to hold serve with the players he had. Jared Gaither — on whom two teams gave up last season — was re-signed to play left tackle based on five competent games from the end of last season. Aging center Nick Hardwick was brought back into the fold as well, and the team will hope that backup Tyronne Green will successfully replace Dielman at left guard. Smith’s brief forays into the market for help were misses: Former Raiders left tackle Mario Henderson was a washout in Oakland, while fifth-round pick Johnnie Troutman was drafted with a preexisting pectoral injury that will require surgery and likely keep him out of the 2012 season. Oh boy.

The Rams had every intention of fixing their wide receiver situation, they swear! They were narrowly beat to Justin Blackmon and Kendall Wright on draft day, though, and didn’t address the position until the second round, where they chose 6-foot-4 Appalachian State receiver Brian Quick and the smaller, speedier Chris Givens. We’ll spare you the chart on tall second-rounders from the Jets section, but suffice it to say that we’re not expecting them to turn around the Rams offense in a year. Besides, the Rams already have plenty of promising mid-level prospects at wideout; they needed a no. 1 guy for Sam Bradford to lean on. Maybe one will develop out of that bunch, but Bradford needs help now.

The Titans weren’t necessarily unwise to pass on re-signing Cortland Finnegan, whose inconsistency and lack of size makes him too risky for a $50 million investment. It was surprising, though, that they didn’t really make an effort to replace Finnegan during the offseason. The only veteran cornerback who made his way to Tennessee this spring was journeyman Terrence Wheatley, and the organization didn’t draft a cornerback until the fourth round, when they chose Clemson’s Coty Sensabaugh. They’ll likely be forced to start Alterraun Verner across from Jason McCourty, and while the Tennessee pass rush has been capable of making up for a limited secondary in the past, that’s no longer the case. The Titans had just 28 sacks last year, with just one player producing more than four, and that was defensive tackle Karl Klug. Unless the newly signed Wimbley can hit double digits on the outside, Tennessee could be in for a lot of shootouts next year.

About Last Night: Nuggets Get Mamba'd