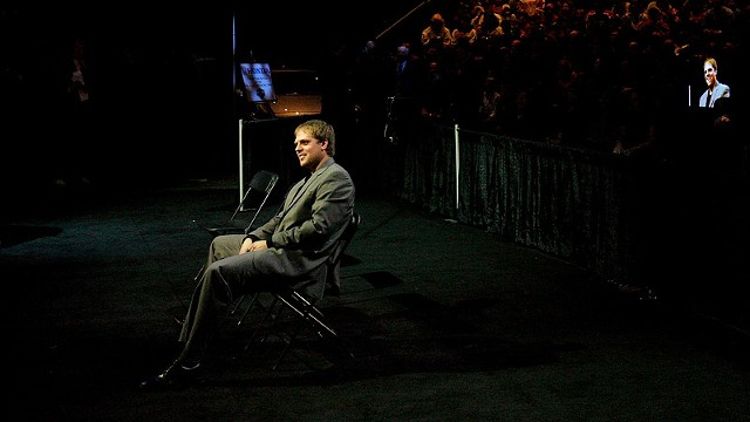 After last year’s generally well-received debut of the concept, this year’s draft takes place Thursday night in Ottawa. This time around, the captains are Daniel Alfredsson of the Senators and Zdeno Chara of the Bruins, and they’ll alternate picks as they divide up the 42 players who were picked for the game in a 19-round draft.

The league has also named an assistant captain for each squad. Alfredsson gets Ranger goalie Henrik Lundqvist because he’s an elite player from a first-place team who is recognized worldwide. Chara gets Joffrey Lupul because apparently everyone else said no.

The assistants will presumably help the captains with their picks, though that might not be necessary. Both captains are known for being eminently knowledgeable and meticulously prepared, so it’s not like either of them would ever get blindsided.

What can fans expect? Here’s my best guess as to how it could all play out.

Who will be the last pick?

This is the big question, of course, as everyone waits to see which player will be humiliated. Last year’s draft didn’t disappoint in this regard, with Toronto’s Phil Kessel left sitting by himself on an empty stage. Eric Staal made fun of him. Alexander Ovechkin took his picture. Kessel looks painfully uncomfortable in his own skin even when he’s celebrating a goal, so you can imagine how it felt to witness his ordeal on live television. He did get a car, though, and showed remarkable restraint by not immediately jumping in and peeling out of the parking lot, never to be seen again.

So who’ll be this year’s whipping boy? It’s a tough call, but we’re really looking for somebody who meets four criteria:

A. He’s a forward (the rules state goalies and defensemen have to be picked earlier)
B. He’s not all that good, relative to the other All-Stars.
C. He’s not a veteran in his twilight years whom other players wouldn’t want to embarrass.
D. He doesn’t have a teammate at the game who’ll be picked earlier and can lobby the captains to bail him out.

Kessel had the misfortune of meeting all four criteria last year. This year’s winner will probably meet at least a couple. So who will it be?

Phil Kessel, 10 to 1 – He looked like he was in danger of a repeat when it was just Chara and Alfredsson, because the Bruins have a rivalry with the Leafs and the Senators think they do. You have to think that Lupul bails his linemate out early, though.

Tyler Seguin, 8 to 1 – What perfect symmetry! Last year it was Kessel, this year it’s the guy he was sort of traded for. Downside: This would make Leaf fans happy, so there’s zero chance of the hockey gods allowing it to happen. Chara will probably take him early.

Alexander Ovechkin, 6 to 1 – He’s slumping and there’d be an element of revenge after last year’s antics. Oh wait, he’s sulking at home instead because the league had the audacity to actually suspend him for a flagrant head shot. Never mind.

Scott Hartnell, 6 to 1 – He’s a late addition, not a big name, and no fun to play against. A dark horse, if somebody with bright-red hair can ever be considered a dark horse, which they cannot.

James Neal, 5 to 1 – Another late replacement who seems like an obvious candidate. But he does have Penguin teammates who might be able to throw him a lifeline.

Jamie Benn, 4 to 1 – He fits all four criteria and would have been ranked higher, but he recently had an appendectomy, which should secure him some sympathy points.

Jordan Eberle, 4 to 1 – Another perfect fit. But if Benn gets sympathy points for major surgery, wouldn’t Eberle get a few for playing for the Oilers? There must be somebody even more obvious …

John Tavares, 3 to 1 – Getting closer, but just not quite there yet …

Who will be the first pick?

This is a fun one, too. In theory, being the first overall pick is one of the highest honors an NHL player can receive, since it means that for one winner-take-all game, your fellow players would want you on their side above anyone else in the entire league.

So who will it be this year? Well, based on skill level and current production, we could lay the odds out something like this:

Evgeni Malkin, 2 to 1 — Arguably the best player in the league right now.

Steven Stamkos, 4 to 1 — On pace for 50+ goals, and was the first forward picked last year.

Claude Giroux, 5 to 1 — Young, having a breakout year, and he gets a hometown bonus for growing up near Ottawa.

Tim Thomas, 8 to 1 — Thomas was named a starter in fan balloting. He didn’t really want the job, but hey, you have to respect the will of the voters, right Tim?

Exciting, right? Of course, it won’t matter, because …

Odds the captains will ruin the fun by lamely drafting their teammates first instead: 1 to 1

Right, we forgot, the fantasy draft is the time of year when ultra-competitive NHL players turn into cliquish preteens.

Eric Staal started this little tradition last year when he picked teammate Cam Ward first overall instead of somebody more deserving, such as everybody. Alfredsson has actually gone one further this year, by telling the media in advance that he’d take teammate Erik Karlsson. Wow, a terrible pick and a total lack of suspense? Sign me up!

Are you there, All-Star captains, present and future? It’s us, hockey fans. We have something to tell you. Lean in close. That’s right. A little closer. STOP DOING THIS.

Look, here’s why fans love the All-Star draft: It’s suspenseful and fun to argue about. And here’s why fans hate All-Star events (in all sports): You players have convinced us that you don’t care about them, winning is meaningless, and it’s all a chance for us to pay hundreds of dollars to watch you pal around with your friends and laugh at us.

Speaking of elements of All-Star weekend that ruin everything:

Odds that this post will be out of date because at least one more player gets “hurt” between the time I hand it in and the time it’s published: 2 to 1

Hockey fans already know that Teemu Selanne and Nicklas Lidstrom asked out of the game before the teams were even named, joining other obvious no-shows like Sidney Crosby and Chris Pronger. Since the rosters were announced, we’ve also lost Jonathan Toews (arm), Mikko Koivu (shoulder), Dustin Byfuglien (knee), and Ovechkin (bruised ego).

Who’ll be next? Probably somebody. But this is the All-Star game, and it’s in Ottawa, and it’s January, and oops, look at that, I think my gout is acting up.

Odds that Joffrey Lupul lets his Twitter followers make at least one pick: 6 to 1

Odds that Joffrey Lupul’s first on-camera appearance gets the name “Zoolander” trending in North America: 4 to 1

Odds that Brian Elliott is picked in front of his former home crowd, goes to the stage, then has pig blood dumped on him while everyone points and laughs at him like it’s the last scene of Carrie: 1,000 to 1

Odds that Brian Elliott secretly suspects this might happen: 1 to 1

Odds that Jarome Iginla goes to the stage after being picked, smiles broadly, and then frantically blinks, “Oh dear God won’t somebody please trade for me” in Morse code: 8 to 1

Odds that Shea Weber starts the draft clean-shaven but somehow has a full caveman beard by the end of it: 4 to 1

Odds that the five available goalies realize that their names are Jimmy, Timmy, Carey, Brian, and Jonathan and decide to form their own boy band: 5 to 1

Odds that the Sedins will be split up when they’re drafted by different teams: 2 to 1

Odds that the Sedins will be split up when Chara tears each one in half like a phone book: 2 to 1