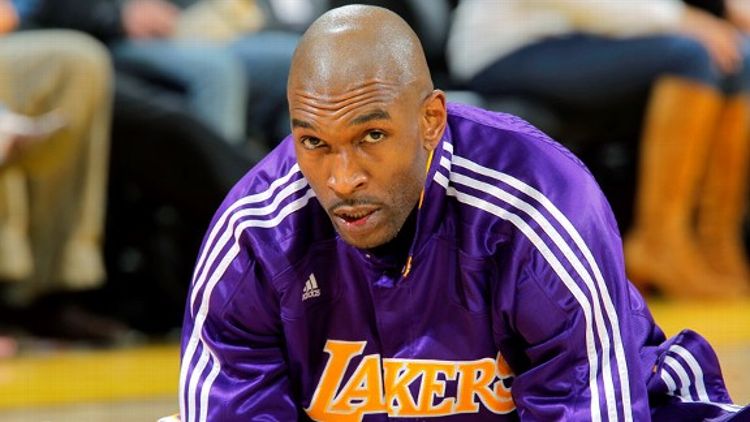 The ending of the 1998-1999 lockout signaled a flurry of activity, players going here and there, and eventually a revealing of a circumventing of the system that troubles the Minnesota Timberwolves to this day. To raised eyebrows, the Timberwolves had signed Joe Smith to a one-year, $1.75 million deal a year after he had averaged nearly 15 points and 6 rebounds with Golden State and Philadelphia. Later, it was revealed that he had been promised up to $86 million over seven years in his subsequent contract with Minnesota.

The second contract never saw the light of day because of the violation of the agreement — a gross skirting of the old and new league labor laws. NBA Commissioner David Stern levied the most severe penalty in NBA history by voiding Smith’s contract, stripping Minnesota of five first-round draft picks (eventually reduced to three), leveling a $3.5 million fine on the organization and suspending executive Kevin McHale. Despite the penalties, Minnesota retained their ability to compete for a while. But over the next five seasons, the loss of draft picks crippled the team’s ability to build around Kevin Garnett.

There are other circumstances that contributed to Minnesota’s plight: the loss of Garnett, bad post-penalty drafts and an organization that has changed direction several times with little purpose. But the ill-fated contract with Smith is the single greatest contributor.

“What I was trying to do was keep a player on the same team, in a small market, over a period of time and pay him a competitive wage,” Minnesota owner Glen Taylor told the Star Tribune after the infraction surfaced. “I thought that was what the spirit of the collective bargaining agreement. . . .[Stern] said he disagrees with that.”

Apologies to Glen Taylor, but his attempt to squeeze the system was the un-spirit of the old CBA. Ironically, the Timberwoles had helped cause the lockout in the first place with their outsized contract extension to Garnett of six years and $126 million during the 1997-98 season (and here’s the double irony pointed out by the great Steve Aschburner of NBA.com, who covered the Timberwolves in those days: Garnett never under performed during the life of the extension, even though owners used it as a battling cry that player salaries needed to be reigned in). What was left unsaid is that the organization panicked. They dealt with a truncated free agency and were on the verge of losing All-Star Tom Gugliotta (during the free agency) and future All-Star Stephon Marbury, who forced a trade during the shortened season that followed.

The Wolves were not alone during free agency. Damn near half the NBA went crazy on the first day they were allowed to operate. The Suns renounced nine — NINE! — players to free up space for Gugliotta. Karl Malone re-signed with the Jazz (for the time being). Charles Barkley signed with the Rockets and the Knicks traded for Latrell Sprewell.

“Everyone thought when the lockout ended, you’d be able to sign free agents,” Mark Bartelstein, a high profile agent, told USA Today. “The way this worked, the lockout ended and you had two weeks of talks that were somewhat gridlocked because no one knew what the rules were. You had to negotiate almost five different scenarios to cover whatever the rules could be in order to protect your client. If you couldn’t do one thing, you had to be able to do something else. It was actually much more complicated, difficult and time-consuming than I ever would have imagined.”

It is not hard to imagine costly mistakes under that duress. The regular season was to begin 15 days later. Within that time span, agents, players and team executives had to ingest and understand the new rules of a freshly signed labor pact. Confusion had replaced cohesion. The shortened period led to snap decisions. The scenario does not justify Minnesota’s transgressions — 28 other teams played by the rules. But it does help explain the egregious mistake. The Wolves were under a severe time crunch and panicked into a catastrophic decision.

The league is again faced with this type of outcome if everyone is told to quickly reassemble for a shortened season whenever common sense finally prevails in these negotiations.

Teams like the Boston Celtics and Denver Nuggets have major roster restructuring ahead of them. How will the Knicks build around Amar’e and Carmelo under whatever the new rules will be? Will the new rules make it easier for Orlando to retain Dwight Howard or should he just be traded once the lockout is over? The same scenario applies to Deron Williams, Chris Paul and their current organizations. And should teams use their amnesty clause now or pocket them for later?

These are difficult decisions and some will need to be made quickly when the league resumes work. Yes, team figureheads have had plenty of time to debate them and should have contingency plans in place. The new system is starting to become clearer as outlined by the New York Times and Sports Illustrated. Still, mistakes, costly mistakes, will happen in the rush to get back on to the floor.

Here is a refresher of how the cancellation countdown worked in 1998-99. The league canceled the first two weeks of games on Oct. 13 of 1998. As talks continued to stall, the All-Star game, scheduled for Feb. 14, became the next casualty and called off on Dec. 8. On Dec. 23, Stern announced that he would recommend tabling the entire season if the league and union reached no deal by Jan. 7, 1999. The sides, surprise, surprise, reached a deal on Jan. 6, and it was ratified on Stern’s cut-off date. Each signed the agreement on Jan. 20 and a season of 50 games commenced on Feb. 5.

What ensued was some of the worst basketball ever seen in the modern era. A shortened season has long been romanticized amid complaints that the league’s regular season is too long. There is a difference between a shortened season and a compressed one. Many players reported to their teams out of shape in 1999 and did not have time to get fit before the season started.

“If you made major trades in the off-season, you had so little practice time that it was hard to get the new players incorporated rapidly,” said Jeff Van Gundy, who coached the Knicks to the finals in that bastardized season. “Gregg Popovich always says to his team that you can’t skip steps to become a great team. But that whole season was a season of skipping steps. Players weren’t in shape. Teams weren’t given ample time to get their teams ready to play at a high level. More injuries were suffered.”

“People try to say it was so exciting because it was a sprint. It wasn’t exciting. It was awful. It was awful basketball. You can’t cover it up. It wasn’t good basketball and it won’t be early on this time either. That’s why I just hope they’re able to play 60 to 70 games and not try to compress the season and squeeze too much into it because you miss valuable practice days that have everything to do with the product you put on the floor for the fans. We can’t just say we’re for the fans. We can’t just say it. We have to show it by the product we put on the floor and the best chance for a quality product is to have enough rest days and have enough practice days.”

The pace of the season screwed up the fragile ecology of team preparation. The Knicks, trying to orient Latrell Sprewell and Marcus Camby, barely slipped into the playoffs at four games over .500. The Jazz, favorites to triumph in a league without Michael Jordan, fell quietly in the playoffs. The Spurs and Knicks, the two teams who would eventually square off in the Finals, did not even play one another in the regular season.

“We had two preseason games that year and we had a very limited training camp,” Van Gundy said. “I don’t even think Sprewell got to start practice on time because the trade hadn’t gone through. It was just very jammed. Then, Latrell got hurt and he missed over 10 games. In a normal year, that’s fine. You bring him back, you have practice days. But not that year. He missed almost a fifth of the season. With Marcus, because you had no preseason games, it was very difficult to figure out a rotation. He had a DNP one of the first two games. It was until I could figure out what we had with a reconfigured roster.”

The league expected to take a hit in popularity anyways with Jordan retired and the Bulls in upheaval. His sojourn actually helped several of the post-lockout NBA’s markets. Philadelphia, Sacramento and Milwaukee got off to quick starts and buoyed renewed interest. The intrigue of that season’s playoffs with no heavy favorite negated the league’s awful regular season and the big-market Knicks reaching the finals aided as well. NBC’s ratings grew 17% during the playoff’s second weekend to a 5.4 overall rating.

The initial hit was not as bad as some feared. Ultimately, neither was the long-term one. Televisions ratings during the first full regular season after the lockout in 1999-2000 took more than a 20 percent dip at one point (NBC, which broadcast 34 regular-season games that year had an average rating of 3.4, down 21 percent from the previous year, according to an Washington Post story in 2000).

“Sports ratings are cyclical,” Neil Pilson, the former head of CBS Sports told the Post in the article. “It’s not a unbroken line or up and down. A six to seven-game title game seres between the Knicks and Lakers would probably show a significant increase from last year’s finals. The league is now returning to a normal rating pattern that was inflated the last five or eight years because of Michael. I don’t think the league is in serious difficulty. I don’t think it will decline year to year. it’s a marketplace adjustment. Ratings are still better for the NBA than any other sports product from April to June.”

The NBA completely recouped the losses under a rise of new stars that included Vince Carter and Kobe Bryant. Interest piqued further when Jordan returned from retirement and LeBron James and Carmelo Anthony entered the league.

Fans returned then, just like they will now. There may be initial outrage and a beginning hit. But as intrigue builds over whether LeBron will win his first title or Kobe will win another, seats will be filled and eyeballs will again be glued to television screens.

That’s just the way relationships work beftween sports and their fans. It is an awfully one-sided affair.

But that is no reason to offer a diminished product to a devoted fan base. The season was supposed to start this week. Instead of weeks, the league and union are only dealing with days to salvage anything that will resemble a real NBA season. An 82-game season is already unrealistic. But If it’s anything like 1998-1999, we may as well just skip ahead to the 2012-13 season and Dwight Howard’s first season with the Brooklyn Nets.

Jonathan Abrams is a staff writer for Grantland

Previously from Jonathan Abrams:
Reporting on the Reporting From Friday’s NBA Lockout Meeting
The Winter of Jerry West
How Do NFL Linemen Drop the Weight?