What GMs don’t know about the NBA Draft 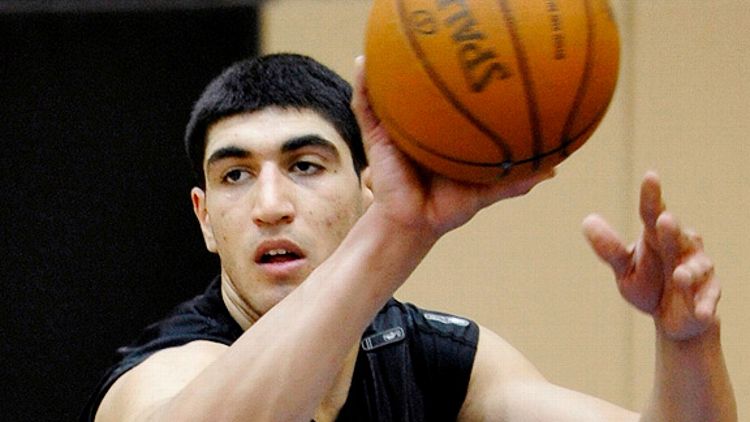 The remarkable thing about these transactions is that they happened at all. No day on the NBA calendar packs more risk than draft night, and trades are the riskiest part about it. They require front offices to forecast the potential of players who have never set foot on NBA hardwood and then swap these prospects for assets that might be more certain, less certain, or much less certain.

“That, for me, is the hardest thing to do — trade a player that’s a known for an unknown, or vice-versa,” said Kevin Pritchard, former general manager of the Portland Trail Blazers, last March at the MIT Sloan Sports Analytics Conference.

Steve Kerr, the Suns’ ex-GM, put it more plainly: “Every team in the league has some MIT whiz trying to make sense of all this. Frankly, I think it’s impossible. In the end, there’s no way you could ever quantify this stuff to a precise calculation.”

What makes draft-day trades so uncertain is that simply evaluating prospects remains an imprecise process that professional statheads and even NBA front offices admit might not be much more reliable than gazing into a crystal ball.

ESPN columnist John Hollinger and Basketball Prospectus analyst Kevin Pelton have tried to one-up the fortune tellers by developing statistical models to predict prospects’ NBA success. Hollinger’s Draft Rater favors a regression analysis that compares 16 variables of draft picks — from field goal percentage to blocks per minute — to the efficiency ratings of NBA players. Pelton uses NCAA similarity scores, a system that identifies NBA players with whom draft choices are statistically similar. No matter the formula, however, the rub is the same. The Draft Rater “thrives on information and struggles when it lacks enough,” Hollinger wrote last year. This week, he added that the Draft Rater is especially tenuous for one-and-dones, big men, and the “international men of mystery” without Euroleague stats. That covers most of Thursday’s presumed lottery picks.

Start with consensus no. 1 Kyrie Irving. The Duke point guard played 11 games in a toe-injury-shortened freshman season and then declared for the draft. Statistically, he might as well be a high school senior who jumped from prom to the pros. Seven foreign prospects could be first-round picks in the draft, including four in the top 10. Among them is Bismack Biyombo, a 6-foot-9 Congolese forward who began playing professional basketball four years ago, when he may or may not have been 14. NBA scouts noticed his otherworldly leaping ability and wingspan at a showcase in April. Within two days, this virtual unknown became a lock for the lottery. Then, at the Adidas Eurocamp in early June, Biyombo shot so poorly in a workout that he dropped out of the mock draft lottery projections as fast as he had appeared. Enes Kanter is the draft’s other mystery. Scouts know so little about the 6-foot-11 Turkish center that the discovery of grainy footage of him dominating a high school game in front of empty bleachers was hailed as a breakthrough.

Most teams will roll the dice on a raw prospect and hope he develops. Others will trade down to stockpile picks. Some don’t know what they’ll do until they’re on the clock. It all depends on a team’s foundation, its owner’s aspirations, and its general manager’s tolerance for risk.

“You don’t come in with any preconceived philosophy,” Memphis Grizzlies GM Chris Wallace said earlier this month. “You have no idea how that college player’s going to contribute. There’s no way to know if that’s going to translate to the NBA, or how quickly it would translate.

Last month, just in time for the NBA draft, the Golden State Warriors added Jerry West to their executive board. The two-time NBA executive of the year is a legendary talent evaluator, so it wasn’t surprising that he began scouting for the Warriors within days of his hiring. But even West tells his protegés that they should pride themselves in being right about 51 percent of their front-office decisions.

This entire conversation was the result of a harmless question about how advanced stats could improve a team’s draft results. There aren’t many people in the world with a better grasp on basketball analytics than Zarren, but somehow, a face in the crowd had stumped the experts. Zarren sighed: “It’s just a really hard question to answer.”