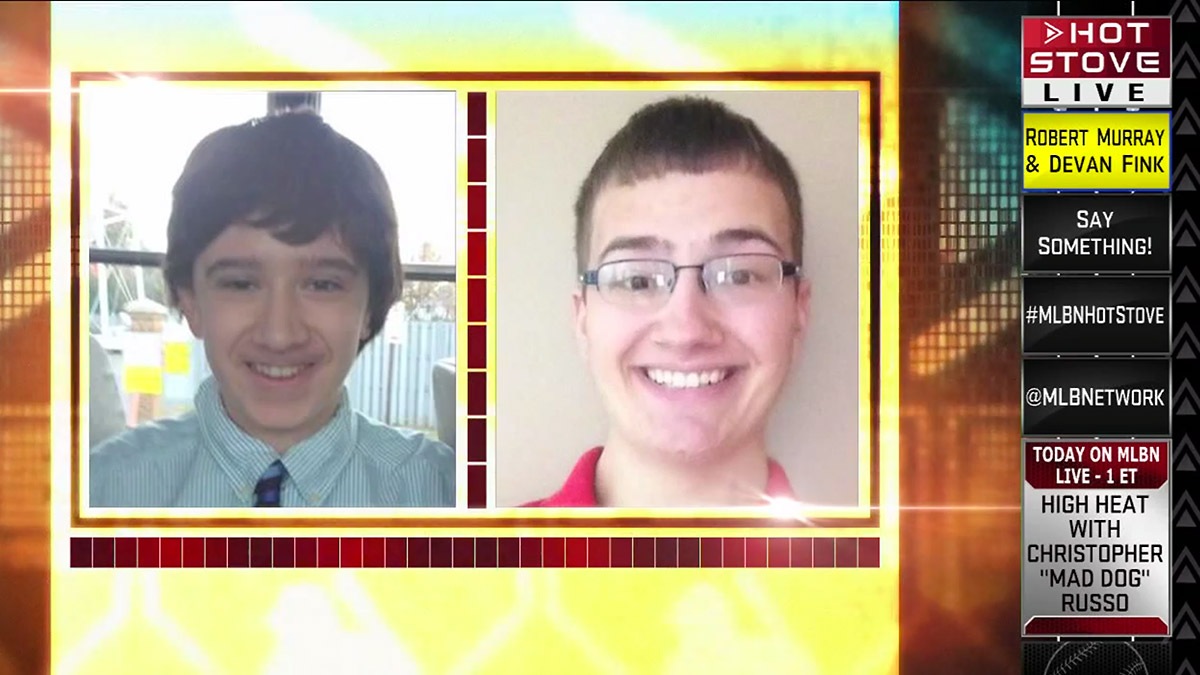 At noon Eastern on Monday, Peter Gammons reported that the Blue Jays had signed free agent Russell Martin, ending a period of intense speculation about the coveted catcher’s destination. At 12:05, CBS Sports’ Jon Heyman tweeted that Toronto had given Martin a five-year deal. At 12:11, Fox Sports’ Ken Rosenthal added the dollar amount, $82 million. Throughout the next day, additional contract details dribbled out, diminishing aftershocks from the first flurry that barely registered on the hot stove scale. And on Tuesday morning, the Jays officially announced the move.

This is the way high-profile sports signings usually surface: A recognizable reporter who regularly gets scoops fires off a transaction salvo, other recognizable reporters rush to confirm and clarify, and everyone outside of that small scooping society immediately forgets who had the initial news. However, it’s not the way that most of the past week’s major baseball stories broke.

While Rosenthal was the first to report the parameters of the record-setting extension talks between the Marlins and Giancarlo Stanton, an unknown-to-a-national-audience Miami-area marketer named Christopher Meola was the first to learn that the deal was done (and that it included both a no-trade clause and an opt-out). On Tuesday, the Braves and Cardinals simultaneously tweeted1 the announcement of their four-player trade involving Jason Heyward and Shelby Miller, bypassing Internet news-breakers altogether. And on Wednesday, word that the A’s had signed DH Billy Butler came from 13-year-old Devan Fink and 18-year-old Robert Murray, the self-described “experienced writers and reporters” who operate MLBDailyRumors.com.

This isn’t the first time that we’ve seen team PR departments, civilians, and intrepid teens deprive high-profile reporters of scoops, but the rapid succession of stories from nontraditional sources reinforced a few lessons that we’ve learned about breaking news in the Internet age:

Teams Have Little to Lose by Cutting Out Media Middlemen

At one time, teams needed media members to be their bullhorns, but the Internet allows them to reach their audiences directly. Both the Braves’ and the Cardinals’ Twitter accounts have more than half a million followers, eclipsing the counts of any of the reporters I mentioned above; the teams’ respective Facebook pages have more than 2 million “likes.” Clubs still benefit from the publicity that follows a free-agent splash, but they can start the same cycle of instant reaction, in-depth analysis, and (they hope) ticket sales by announcing the news themselves.

Two offseasons ago, the Nationals announced their acquisition of Denard Span, and the Astros unveiled the trade that sent Jed Lowrie to the A’s. Last winter, the Rockies revealed that they’d sent Dexter Fowler to Houston, and more recently, the Mariners announced their midseason acquisition of Kendrys Morales. We’re probably in for much more of this. Of course, keeping transactions quiet isn’t easy: Even if teams can avoid internal leaks, they can’t necessarily silence the players, agents, and league officials involved, let alone the executives with other teams who might blab after learning that they’re out of the running for a given player because a deal is done. The incentive for secrecy is there, though, because stories can threaten to derail negotiations when they go public prematurely.

In a possibly misguided attempt to control their coverage, some teams have tried (or fantasized about) restricting writers’ clubhouse access. Meanwhile, press releases, press conferences, and media notes are increasingly becoming misnomers, since the stat packs and transcripts distributed in press boxes are often publicly available, and online video and advanced statistics have made it easier than ever to cover some aspects of sports without a press pass. These developments have democratized sportswriting while also forcing it to adapt. The insiders’ slipping grasp on scoops is part of the same process.

Middle School Is the New J-School

While breaking non-fake national news at 13 is an impressive accomplishment, there’s a difference between breaking signings sporadically and doing so consistently. Even if no individual newcomer has the sources to challenge the supremacy of the biggest names in news, though, an influx of enough of them could raise the replacement level for transaction reporting and eat into the heavyweights’ share of the rumormongering market.

Last year, MLBDailyDish.com’s Chris Cotillo rose to prominence by breaking the Doug Fister deal, among others, before completing his college applications. His exploits inspired Murray, who called Cotillo one of his heroes in an MLB Network interview on Thursday. Given the exposure that comes with each scoop, the copycats could keep coming.

Electronic communication makes a network of contacts less essential for sniffing out signings. It’s easy to guess many front-office members’ email addresses, and it’s possible to contact players, agents, and others in the know via direct message (if you convince those people to follow you). On TV, Fink was fairly up front about his tactics, which one reporter I spoke to, who didn’t wish to be named in this story,2 called “carpet bombing.” Cold emailing for info can’t have a high hit rate, but it seems to work for aspiring sports reporters as well as it works for deposed Nigerian princes. There’s also a symbiotic aspect to all of this, since the cub reporters sometimes pass their scoops on to industry titans in exchange for confirmation and credibility.

“Thanks to Twitter, the field of potential news-breakers is almost infinite,” Fox Sports’s Jon Morosi told me via email. “As a consequence, the percentage of clean victories, if you will, on the offseason scoop scoreboard is going to decrease for us in the mainstream media.”

A lower success rate for mainstream scoops doesn’t mean you won’t know how teams spent their winters until they report to spring training. Transaction news is inevitable: It’s going to get out one way or another, even if some reporters stop pushing to disseminate it sooner.

There’s an opportunity cost to being a competitive news-breaker. Working contacts, tweeting tidbits, and writing rumor pieces takes time that could be devoted to unearthing stories that might stay buried otherwise. The audience’s appetite for rumors and transactions is insatiable, but if the declining value attached to each scoop eventually leads to less pressure on the most skilled reporters to focus on being first, readers will probably benefit. Teams and teens can take the what and when of transactions, giving veterans the freedom to explore the how and why.

“We need experienced reporters to find out what the heck is going on with the sport at all times, and that goes beyond trades and free-agent signings,” Rosenthal wrote via email, adding, “My fear is that younger reporters think that breaking a trade or signing is the end-all, be-all.”

Maybe, though, it’s just that the old life cycle of the sports reporter is running in reverse. The ability to break news was once exclusively a byproduct of years spent building relationships and establishing trust. Now, in some cases, “news-breaker” has become an entry-level position — but not necessarily one without the potential for growth. Tweeting transactions might be the only goal for some, but for others, that fleeting notoriety could be a springboard toward pursuing less perishable stories that leagues and teams can’t (or aren’t willing to) tell.