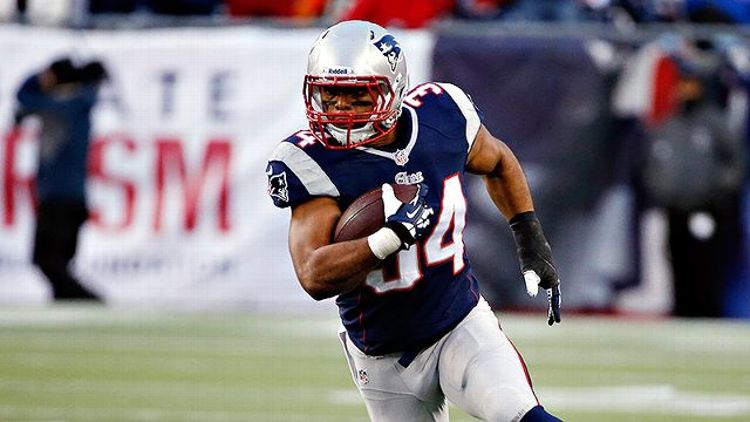 Running Back–Linebacker Matchups of the Week

There is still a chance — a chance — that the Patriots don’t make the playoffs, but it’s not likely. We’ll probably be seeing this team in January, and by the time the Pats get there, hopefully they’ll have figured things out on offense.

Playing without Rob Gronkowski isn’t new territory for New England, but that doesn’t make losing him any less devastating. The numbers this year are particularly damning. According to ESPN Stats & Information, the Patriots are scoring 11.3 fewer points per game without Gronk, averaging 54 fewer yards through the air, and, most troubling, are scoring touchdowns on only 38 percent of their red zone trips (compared to 69 percent with Gronkowski healthy).

To make up for the lack of Gronk, New England could turn to Vereen in the passing game. Vereen missed most of this season after undergoing wrist surgery, but in last year’s playoffs and in his first few games back, he’d been the sort of matchup problem New England covets in its offense. He had 17 targets in the Patriots’ comeback win over the Browns.

Miami did what it could to limit Vereen last week — the result being a lot of space for Danny Amendola and Julian Edelman to work underneath in the middle of the field — but the Pats’ no. 1 running back (by snap count) should return as a significant factor in the passing game against Baltimore. And that’s where Smith comes in.

Smith has had a strange career. The majority of it came in Jacksonville, where accomplishments outside the fantasy realm don’t seem to exist. He was a very good, and occasionally excellent, player there for years. As Bill Barnwell noted yesterday, Smith was one of the best bargains in football this offseason, signing with the Ravens for just $1.1 million. He has come in and solidified a position at which Baltimore lost both of its starters from last season, and even at age 31, he has played better than Dannell Ellerbe or Ray Lewis did at any point during the Ravens’ Super Bowl run.

Smith is among the savviest players in the league when it comes to making plays based on pre-snap alignments and positioning, making him the ideal candidate to deal with the variety of ways New England employs Vereen.

LeSean McCoy, Eagles vs. Lance Briggs, Bears
There’s still a chance that Briggs, who’s been out since October 20 with a broken bone in his shoulder, could miss this game, but Chicago fans are praying this is the week he makes it back. Playing the Browns last week helped alleviate the damage, but before that, Chicago’s rush defense was having a historically bad run. No team has allowed more yards per carry before contact this season than the Bears, and on Sunday, they face a running back averaging the most yards before contact in football.

Injuries to the defensive line have hurt Chicago, but the play of its linebackers is what has really done in the Bears. Jonathan Bostic has really struggled in his rookie season, and fellow rookie Khaseem Greene was supposed to be a fourth-round project who stepped in for Briggs two seasons from now, not Week 7 this season. The Bears have allowed 6.2 (!) yards per carry in Briggs’s absence, compared to 3.9 when he’s been on the field. Chicago’s run defense needs him desperately, and it needs this to be the week he makes it back.

The abuse that Saints left tackle Charles Brown took last week from Rams defensive end (and possible Defensive Player of the Year) Robert Quinn was apparently enough for Sean Payton. Brown’s been sent to the bench in favor of rookie Terron Armstead. A third-round pick out of Arkansas–Pine Bluff, Armstead was one of the stars of this year’s pre-draft process. His 4.71-second 40-yard dash (Armstead is 6-foot-5, 304 pounds) was the fastest time ever for an offensive lineman at the combine, and his 34.5-inch vertical was this year’s best.

Armstead and the Saints won’t get much of a reprieve this week after facing Quinn and Chris Long last Sunday. The Panthers’ front four is maybe the best in the league, and Greg Hardy is coming off one of his most dominant performances of the season with his one-sack, four-hit game against the Jets.

Thanks to Drew Brees, New Orleans has always been allowed to spend limited resources on its offensive line (Jammal Brown was a first-round pick the year before Brees arrived, but for the most part, the Saints’ line has been made up of midround picks), and even with Charles Brown’s troubles, the Saints are still in the top 10 in Adjusted Sack Rate. But slotting a midround rookie in with two weeks left in the season is probably cause for concern, especially because a loss this week would cost the Saints the division lead.

Eric Berry, S, Chiefs
This week’s Colts-Chiefs game could be a preview of the 4-5 matchup on wild-card weekend, so just about everything in this one is worth paying attention to. And after his huge game against Oakland, all eyes should be trained on Berry.

Berry’s reputation during his first few seasons in the league depended largely on his pedigree. The fifth overall pick in the 2010 draft, Berry was a good but not great player for Kansas City in his first three seasons. But this year, he’s been every bit the Pro Bowl–caliber player he was billed as last season.

New Chiefs defensive coordinator Bob Sutton has used Berry almost like an additional linebacker, putting him near the line of scrimmage often and allowing him to play physical man coverage on other teams’ tight ends. Berry’s college career at Tennessee had him billed as a ground-covering ball hawk in the Ed Reed mold, but he has really taken to Sutton’s role for him. Berry has 3.5 sacks to go with his three interceptions, and if he can take away Coby Fleener, Andrew Luck will be left with no options in the middle of the field.

The Buffalo and Miami defensive lines

The Bills won’t be making the playoffs, but if Miami wins out, it will, and the Dolphins’ defensive line is a major reason why. Cameron Wake remains one of the best pass-rushers in the league, but Randy Starks, Paul Soliai, Jared Odrick, and Olivier Vernon give the Dolphins a defensive line rotation that is very good against both the run and the pass. Miami’s numbers against the rush are average at best, but like the Bears, that has more to do with the play of its linebackers than the guys up front. The Dolphins bothered Tom Brady all game in their win last week, and they should be able to do the same against EJ Manuel and the suspect Bills offensive line.

Buffalo actually leads the NFL in sacks. Mario Williams’s big season is what the Bills were hoping for when they signed him to a monster contract two seasons ago, but there’s no way Buffalo could have predicted what they’ve gotten from Jerry Hughes this year. Hughes, a pass-rushing star at TCU, was the 31st overall pick by the Colts in 2010 but finished his first three seasons with just five combined sacks. The Colts traded Hughes to the Bills this summer for third-year linebacker Kelvin Sheppard, and so far it looks like Buffalo won the trade going away. Hughes has nine sacks, and those have come despite not being a full-time player. With the 25-year-old Hughes, former third overall pick Marcell Dareus having his best season as a pro, and Kiko Alonso excelling as a rookie, the Bills have a young defensive core worth getting excited about.