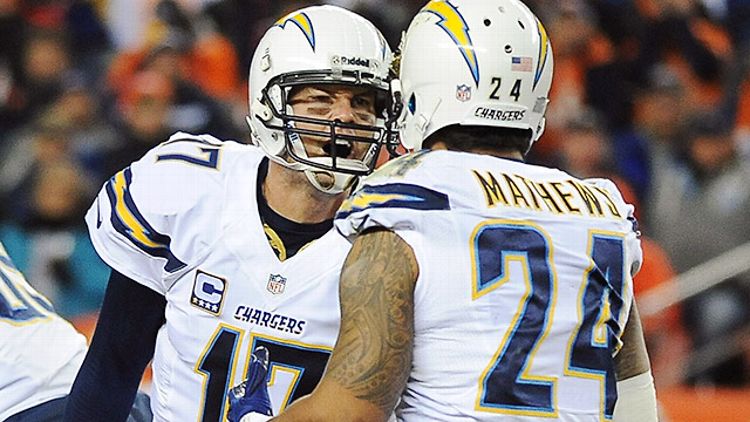 Fantasy football championships are inherently stupid, which is exactly what makes them so awesome.

I mean, if we truly wanted to reward the owner who assembled and maintained the best possible team over the course of the season — ostensibly the goal of awarding a championship — we’d do away with single-elimination playoffs altogether, because why should Weeks 14-16 count more than Weeks 1-13, especially with some NFL teams angling for draft position and others potentially resting starters? Instead, we should keep a running tally of each team’s head-to-head record and total points, combine the two to make some sort of quasi-sabermetric championship formula, and crown the team with the highest number at season’s end.

While that approach might produce a marginally more worthy victor, however, it would also suck much of the fun out of fantasy football — namely, the fun that comes from absolutely needing Bobby Rainey to go off against the Rams. Because when that happens, the feeling can’t be beat.

You might experience that kind of joy this Sunday. You might not. Everything’s pretty much out of your hands at this point, save for maybe one tough start/sit decision. So sit back, relax, and read the rest of this column. I can guarantee you the championship-week experience of a lifetime, even if you’re merely in the final round of your league’s consolation ladder. Lord knows I’d kill to be there in a couple of my leagues.

1. QB Philip Rivers, San Diego Chargers: Rivers always seemed like the most likely NFL quarterback to rock rattlesnake-based footwear, so last week’s delightful interview with the Thursday Night Football crew didn’t come as much of a shock. But it’s still worth stopping to marvel at these bad boys, if only to lock in the mental image of Rivers hunting down deadly reptiles in the wilderness. I’m 100 percent positive Rivers skinned that rattlesnake himself, and I’m nearly as confident that he’ll raze Oakland’s defense this Sunday, considering that the Raiders allow the third-most fantasy points to opposing quarterbacks. And the list of triggermen who’ve enjoyed success against Oakland isn’t exactly a murderers’ row; in the past month alone, Alex Smith, Geno Smith, and Ryan Fitzpatrick have all posted 20-plus points against Football Outsiders’s no. 30 pass defense. And if you’ve been waiting with bated breath for Rivers to eclipse 400 yards for the first time since October, congratulations, this may be your lucky week! He passed for 411 yards against Oakland back in Week 5, and he’ll benefit from extra prep days this time. Anything Matt McGloin can do, Rivers can do better — and that’s saying a lot these days.

It’s no coincidence that Green Bay’s best performance under Matt Flynn came on a week in which Nelson saw more targets (nine) than he had in a month. The touchdown you see above was Nelson’s first since Week 8, and his five receptions recalled the heady days of the Scott Tolzien era, for which Nelson owners are probably (and hilariously) longing. We have to assume that Flynn will continue to feed Nelson, especially against a Steelers defense that’s been pretty susceptible to wide receiver scores lately. Of course, Nelson owners really need to hope that Aaron Rodgers receives medical clearance STAT, because it’s definitely not healthy to make assumptions about Flynnsanity, however reasonable they may be.

3. Detroit Lions D/ST: I hope you picked up the Lions like I told you to. Eli Manning is throwing interceptions at a truly historic rate, and his offensive linemen will be “the last rungs of the depth chart,” which doesn’t bode well against the likes of Ndamukong Suh and Nick Fairley. Andre Brown is coming off his two worst fantasy performances of the season, Hakeem Nicks is poised to end 2013 without a touchdown, and Victor Cruz is probably done for the year. If Detroit’s defense doesn’t find a way to get into the end zone here, I promise a full refund on this column.

1. RB Adrian Peterson, Minnesota Vikings: If you’re among the handful of Peterson owners who survived his Week 15 absence, I’m sorry to say you now have to deal with one of his toughest matchups of the season, an away tilt against the run-stuffing Bengals. You shouldn’t bench Peterson, of course, because dancing with the one who brung ya takes on special meaning in championship week, but you’ll need to temper your expectations a bit.

While Peterson practiced yesterday and appears on track to start against Cincy, the Vikings might be somewhat wary of giving him his usual 25-30 carries, and with Toby Gerhart also likely returning, they might not have to. Coach Leslie Frazier “decided to err on the side of caution” in Week 15, so it’s reasonable to assume he’ll be careful this week even if he does play both backs. I mean, Frazier seems like a really cautious guy in general; I doubt he even drives five miles above the speed limit. But you know who doesn’t strike me as a particularly cautious guy? Vontaze Burfict, the NFL’s leading tackler and one of the main reasons the Bengals have allowed just three touchdowns to opposing running backs this season. Burfict will make life miserable for Peterson on Sunday, and will make it even worse for Peterson’s owners.

2. WR Larry Fitzgerald, Arizona Cardinals: All the Adderall in the world wouldn’t be enough to salvage Fitzgerald’s fantasy value against Seattle, especially on the heels of the grisly concussion he suffered last week. Bruce Arians expects Fitzgerald to play on Sunday, but it’s important to remember that Fitzgerald tallied just one fantasy point in his last matchup against the Seahawks’ vaunted defense, by far his worst performance of the season. You can expect something along those lines this week, so if you have other startable receivers, you should strongly consider benching Fitz.

3. TE Marcedes Lewis, Jacksonville Jaguars: The final preview column of the season seems like as good a place as any to share this picture I’ve had saved on my computer for a while now. Enjoy!

The feistiest fans in the NFL are international Jaguars fans, and that’s a certified fact. Perhaps they’re wholly responsible for Lewis’s recent uptick in ownership, because otherwise such an occurrence would seem totally incomprehensible. Sure, he’s scored three touchdowns in as many games, but that’s basically all he’s done this season. He’s also questionable with a thigh injury and facing a Titans defense that’s downright stingy against tight ends. What’s more, Cecil Shorts is now on IR, freeing up opposing defenses to focus their efforts on Lewis. If you’ve made it this far, I trust that you’re not the type of owner who’d start Lewis in a championship situation (or any situation, for that matter), but God bless those of you who are. You make life easier for the rest of us.

These two teams simply refuse to play defense. Think Matt Cassel is incapable of going 26-for-35 for 382 yards and a near-perfect 96.3 QBR? Think again, if he’s facing the Eagles. Think the Bears would drop their safeties as deep as humanly possible, preventing Jason Campbell from connecting with Josh Gordon for a 43-yard score in the waning seconds of Week 15? Nope!

That’s why Bears-Eagles will prove to be an incredibly fun and fantasy-friendly showdown, especially with so many NFL postseason implications in play. Expect the receivers to thrive against an Eagles team allowing more fantasy points than anyone to opposing wideouts, and the Bears’ secondary is “softening” as well. And count on the running backs getting their fair share of points, too. LeSean McCoy salvaged a 38-yard day on the ground in Minnesota by tacking on 68 receiving yards, proving that he’s virtually incapable of having an off week, while Matt Forte, a wrecking ball of consistency, has topped 100 rushing yards in three consecutive games. Meanwhile, Nick Foles is Week 16’s second-ranked quarterback among ESPN’s panel of experts, and it’s hard to disagree. This season is freaking bonkers.

By his freakish standards, A.J. Green has been kind of quiet since securing that fateful Hail Mary in Baltimore. In Week 11, he experienced his only real no-show of the season, a 2-7-0 outing against the Browns, and in Weeks 13-15 he was unable to reach 100 receiving yards, a mark he’d hit six times previously this year.

Never mind any of that, though. Green was targeted a staggering 18 times against Pittsburgh last week, portending a much brighter future. And the Vikings have allowed an opposing receiver to score in every game since Week 2, making Green a solid bet to finish Week 16 as fantasy’s top-scoring wideout.

If I’m being completely honest, Tim Tebow signing with the Patriots was one of the top-15 moments of my summer. I came to this realization moments ago while reviewing the notes in my iPhone from 2013, and frankly, I’m not ashamed WHATSOEVER. Judge me all you want, but the prospect of Tebow conquering Mark Sanchez and Rex Ryan (at long last!), forcing Bill Belichick to deal with a media circus on a daily basis, and relegating Tom Brady to the bench seemed positively divine.

It turns out that you need, like, a halfway-decent throwing motion to toss the pigskin for a living (imagine that). But, fear not! Sucking at reality football doesn’t preclude one from achieving success in the fantasy realm, which is why this week’s challenge — our last of the year — is to win with Tebow as your starting quarterback.

Preferential treatment will be given to those who use Tebow in championship matchups as opposed to consolation tourneys, but I encourage everyone to participate. Tebow’s available in 98.7 percent of ESPN.com leagues, so there’s no excuse for missing out on the fun. As always, tweet me your victorious screenshots, and I’ll send the most impressive winner a lifetime supply of TebowFlakes (copyright pending). Good luck!