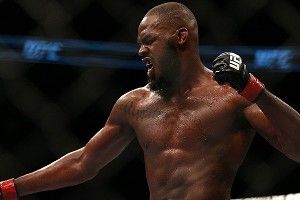 For an entertainment company accused of oversaturating the market with its product, maybe an extended break wasn’t the worst thing that could happen. But UFC 151’s cancellation on August 23 created an undeniable firestorm in the mixed martial arts world.

Never before had a UFC event suffered the same fate as Humpty Dumpty, reportedly costing the Zuffa-owned organization millions in the process. The UFC’s biggest mistake was making the card too top-heavy — Dan Henderson’s partially torn knee ligament (and subsequent withdrawal) shouldn’t have decimated an entire pay-per-view. But that’s what happened. Lyoto Machida, en route to Brazil, declined a short-notice offer to replace Henderson against Jon Jones, the current light heavyweight champ and one of the UFC’s biggest draws. Middleweight Chael Sonnen offered to replace Henderson, but Sonnen was believed to have been training with Henderson, and his fighting style posed a different set of challenges. Not wanting to take a bout in haste, the Jones camp rejected the Sonnen fix. And that’s how UFC 151 became an asterisk in the history books to the detriment of fans, fighters, and Bruce Buffer’s dry cleaner.

The ensuing disagreement over culpability sent blame scattering in two directions: Jones was faulted for being overly cautious and selfish, while the UFC was criticized for planning such a poorly designed card. The benefit of this controversy? A non-sanctioned bout between Dana White and his profanity censors at this media briefing:

The bulk of White’s ire was directed at Greg Jackson, Jones’s head trainer, who advised Bones to avoid Sonnen without adequate time to prepare. White has a history of agitation with Jackson’s fighters, accusing his gym of overemphasizing game plans in which safety and point control trump finishing fights (and pleasing fans). History doesn’t support White’s assessment. That said, Clay Guida’s strategy (albeit unsuccessful) against Gray Maynard earlier this summer suggests f-ing White isn’t f-ing completely off f-ing base.

This week’s pre-fight press conference failed to slay the elephant in the room. Tom Wright (director of operations for UFC Canada) presided over the podium in lieu of White, who claimed to be nursing an inner-ear infection but had probably just run out of swear words to use in front of the media. Jones handled questions well enough, but his relationship with UFC seemed less than amicable. (White and Jones later had a closed-door meeting and attempted to bury the hatchet, with limited success.) Really, the underlying friction was a useful story line for a UFC 152 card (held in Toronto on September 22) with tepid ticket sales. Although the UFC has proven its appeal in Canada many times, hockey fans do not accept substitutes easily.

That is, unless you were offering them a new NHL commissioner.

Weigh-ins one day before UFC 152 left fans asking the same questions as always, along with a few new ones: If they switch to a scale Jones didn’t prepare for, will he pull out of the event? Why is Joe Rogan screaming? Do the ring girls weigh themselves afterward when no one is looking? Whose business card says “Director of Weigh-in Music” at the UFC? And, did I just enjoy a half-hour of watching people get on and off scales? In the end, nothing happened other than (a) a mixed reception for Jones, and (b) featherweight Charles Oliveira tilting the scale slightly over limit.

UFC 152 avoided 151’s mistake by adding plenty of intrigue beneath the main event. The first live PPV fight provided the knockout of the night: featherweight Cub Swanson landing a devastating overhand right in the first round that left Oliveira contemplating, “Am I knocked out? Am I knocked out? Yeah, I’m knocked out …” before falling to the mat. If MMA had standing eight-counts, Oliveira would have been credited five seconds for remaining bipedal while unconscious. Afterward, Swanson defended his trainer — Jackson, who else? — in a post-fight interview, and criticized the recent backlash against Jackson, leaving the door open for someone to criticize Swanson’s criticism of the criticism. Swanson’s knockout bonus (his third straight TKO) must have been especially satisfying for Jackson, who was decried as a “sport killer” by Dana White and the man who (along with Jones) “murdered” UFC 151.

The next fight was pretty sloppy: light heavyweight Matt “The Hammer” Hamill grounded Roger Hollett early, but failed to finish him with repeated punches in Round 1. The two men lumbered slowly the next two rounds as Hamill mimicked Nick Diaz by soliciting punches while Hollett countered by impersonating a heavy bag. Hamill’s six takedowns and significant strikes secured him a unanimous decision, but it was a less-than-polished comeback from his brief retirement. Still, “The Hammer” remains the only fighter to defeat Jon Jones by ingeniously landing multiple 12-to-6 faces to Jones’s elbow, triggering Jones’s disqualification at TUF 10 in 2009.

In the middleweight division, Englishman Michael Bisping and U.S. Marine Brian Stann battled for three tense rounds and set the stage for one of announcer Mike Goldberg’s trademark goofy lines: “Brian Stann is the kind of guy you would like your daughter to marry but you don’t want your son to fight.” By the final bell, Bisping’s claim of being a better-rounded fighter was proven correct as his wrestling and stand-up accuracy sealed a unanimous decision. Shortly afterward, fan-favorite Stann tweeted, “Dam [sic], great fight.” It was. Although part of me hopes that Stann marries another man and totally confuses Mike Goldberg.

The co–main event and first-ever flyweight championship belt went to Demetrious “Mighty Mouse” Johnson, whose rapid strikes and elusive movement was too much for Joseph Benavidez to solve. The five rounds maintained a frenetic pace laden with chokes, striking, and explosive takedowns. Joe Rogan called Johnson’s performance “beautiful and technical” and Benavidez wasn’t far behind.

At this point, anything good that happened in the light heavyweight title fight between Jon Jones and Vitor Belfort was gravy. Nobody expected too much with Bones opening as a massive 13-to-1 favorite. (The line would later settle near a lofty 8-to-1 after enough lottery tickets were purchased). Early in the first round, when Belfort locked Jones into a deep arm-bar, it appeared as if the entire financial system might be on the verge of collapse. Fortunately for sportsbooks around the globe, the champ escaped Belfort’s submission attempt but not without some short-term damage to his arm. Jones dominated the remainder of the action after that wake-up call, punishing the Brazilian veteran with leg kicks and sharp elbows. In Round 4, Jones appeared to be positioning for a crucifix mount before quickly catching Belfort with an Americana and forcing him to tap — earning Jones (and Jackson) the submission of the night.

Could you say the seemingly invincible Jones faced a moment of vulnerability and dispelled any doubt about his toughness? Actually, yes! And if you’re keeping track, that’s a remarkable five straight wins against former UFC Champions, as well as a UFC 152 card that turned out better than UFC 151 ever would have. The event drew 16,800 fans and a live gate of $1,921,000, a drop from UFC 140 in Toronto, but still respectable. While pay-per-view numbers are unknown, they were likely strong thanks to Bones Jones and the transatlantic appeal of Bisping versus Stann. Who cares if Bisping is now a California resident, or if Stann might beat up your son while trying to marry your daughter? A great fight is a great fight.

Maybe that’s why White seemed more relaxed in the post-fight press conference. With the 151 debacle behind him, White gushed about UFC’s relationship with its fighters, praised their hard work and talent, and even described them as his “partners.” As with any worthwhile relationship, there will be moments of disappointment followed by reconciliation. For the UFC and its superstars, the faster the better.

It’s absurd to think every main event can deliver the cliff-hanger excitement of Rua versus Henderson at UFC 139 last November. That’s why strong cards are a vital insurance policy; not just to protect UFC from unexpected injuries, but to push captivating moments like Belfort’s improbable brush with victory over the top. In any case, UFC 151’s permanent disappearance left behind two crucial questions: What is the proper balance between quality and quantity? And more important, is Greg Jackson really a “weirdo”? Whether we answered them remains to be seen.

Geoff Gallo is a die-hard UFC fan and the only person in America who still has the Halloween theme song as his cell phone ring.