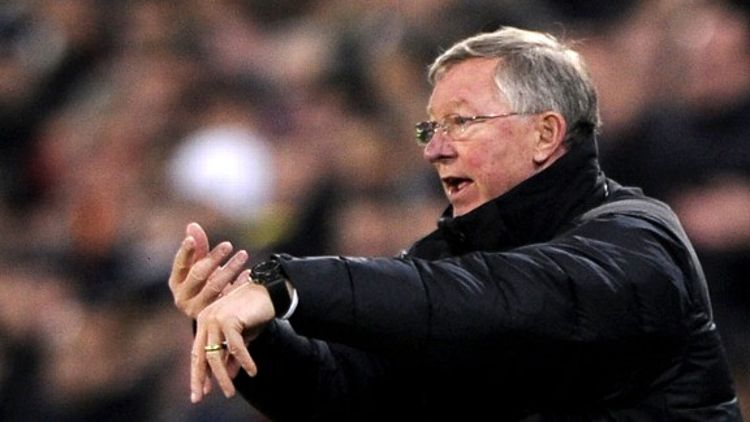 In terms of European football, think of domestic leagues as your demanding, all-consuming job and Champions League as your significant other. They’re both important and your success in either goes a long way toward identifying your place in the world. But put too much emphasis on your job and one day you come home to a fridge with only half and half and cream cheese in it and a note on the door saying, “It was real.”

Wednesday, several teams learned something about balance and it’s a lesson they shouldn’t soon forget.

Usually the group stage of the UEFA Champions League—in which 32 teams, divided into eight groups compete, with the top two teams from each group advancing to the knockout stage—is kind of a bore. Teams from Eastern Europe and Scandanavia get used as target practice by the big dogs of European club football and the few glamour ties, your Real Madrid versus Ajax, are played out with one foot on the brake, with a real “nothing ventured, nothing gained” feeling to the proceedings.

This year’s campaign was different. Chalk up to the naïveté of some fresh names, but the 2011-12 Champions League group stages produced several DVR-worthy matches and some shocks when all was said and done. Now that the final 16 teams have advanced, let’s take a look back at the winners and losers from the first chapter of the tournament.

Michel & The Minnows
No, that’s not a garage rock band from the Pacific Northwest. I’m talking about UEFA President Michel Platini and his evidently successful agenda of helping out the less fortunate of Europe’s club sides. UEFA’s Financial Fair Play rules haven’t even been fully instituted and clubs are only just starting to adhere to the governing body’s Homegrown Player Plan. So it’s hard to say that the smaller clubs advancing into the knockout stages have benefitted from any of Platini’s legislation. But you can’t ignore the presence of teams from Cyprus and Switzerland (at the expense of some heavily-monied clubs). It could be a sign of things to come.

Arsene Wenger
Arsenal qualified for the Champions League by the skin of their teeth, fighting off a very solid Udinese side in a two-legged play-in match. For the Frenchman Wenger, the domestic season got off to a very Weekend-traffic-jam kind of start, with Arsenal languishing near the bottom of the Premier League table.

It would have been easy for the veteran manager to sacrifice the Champions League for domestic stability, resting his star players in Europe. Instead Arsenal got a draw in Dortmund and big win in Marseille and took care of business at home, winning a tough group and advancing to the final 16.  Earlier this season, Wenger complained about the financial doping some other English clubs were engaged in, but it seems, at least in Europe, he’ll be having the last laugh. And luckily for him, he won’t have to do it in Barcelona. Yet.

People Who Bet On Lyon
Just so we, meaning you, me and any particularly litigious Croatians are clear: I am definitely not saying that it was preeeeety weeeeeird that Lyon beat Dinamo Zagreb, 7-1. It’s totally not suspicious at all that the French side not only needed a win but to make up seven goals in goal difference to go through and did so not only on the back of an insane Bafétimbi Gomis hat-trick (which he racked up in all of seven minutes). Nor is it strange at all that the club they leap-frogged, Ajax, had two perfectly good goals disallowed in their 3-0 loss to Real Madrid.

And you know what is SO NORMAL that it barely merits mentioning? The fact that Dinamo’s Domagoj Vida was photographed winking after one of Gomis’ goals and was also shot coming out of what appears to be a Croatian bookmakers (h/t to SI‘s Jen Chang for those images).

I have learned through some pretty formative experiences that you do not slander Croatian football clubs (you remember the card game in Casino Royale? It was kind of like that). It’s no surprise here that Dinamo Zagreb is threatening legal action if media outlets continue to speculate. Because it’s as if something like this hasn’t happened before. And it’s not like Dinamo isn’t run by someone who seems like a very normal, regular guy.

Xherdan Shaqiri
Made himself a lot of money against Manchester United last night (in the sense that he played very well in an internationally-televised match…not the other way you could make money in a football match) (Kidding, Dinamo Zagreb!).

Us
There’s a possibility that Napoli, possibly the most exciting team to watch in Europe right now, could play Real Madrid, Barcelona, Arsenal or Chelsea in the next round. In the words of Mariah Carey, all I want for Christmas is you.

Manchester
Manchester United, with all its tradition and their manager’s experience, couldn’t get a win in Switzerland against FC Basel and finished third in Group C. Manchester City, with all its high priced talent, and despite beating a reserve Bayern Munich side in Manchester, needed a favor last night from Villareal and didn’t get one. They finished third in Group A. This is not how this was supposed work.

The lesson for both United and City is that there are no days off in Champions League football. Maybe, in seasons past, United manager Sir Alex Ferguson could get away with his somewhat cynical attitude toward the group stages (10 points, see you in knockouts), but no longer. Too many sides have too many ideas about European glory.

Now comes an absolutely crucial stretch for Ferguson. United have gone out of two competitions in the last few weeks (Carling Cup and Champions League). They lost team captain Nemanja Vidic to a knee injury last night and, perhaps more important, lost a lot of their team spirit. The United team that lost to Basel looked slow and toothless.

For Mancini, the Champions League continues to be his Achilles heel. For all the domestic dominance he presided over for Inter Milan, it was Jose Mourinho who led the Nerazzuri to European glory. He’s gone a long way towards winning a spot in the hearts of Man City fans and earning the loyalty of City’s wealthy ownership, but if he continues to fail in Europe’s premier club competition, he may very well find himself replaced. And it wouldn’t shock anyone if the man replacing him was Mourinho, again.

One more thing: keep an eye on United and City’s injury list and domestic form, for the rest of the season. Both sides will now be playing on Thursday nights in the Europa League, giving them very little recovery time before their weekend Premier League matches. City, with their deep bench and deeper pockets, seem in a better position to handle these demands, but I’m not so sure about United. Ferguson might have to go into the transfer market in January to reinforce his side.

Us
We can all do the Nelson laugh at Manchester, but the Champions League will be weaker without them. It’s very silly and Western for me to say it, but I was very much looking forward to seeing City square off against Barca or Madrid. And call me sentimental, but a Champions League knockout stage without a purple-faced Ferguson wildly gesticulating at his watch just doesn’t seem right.