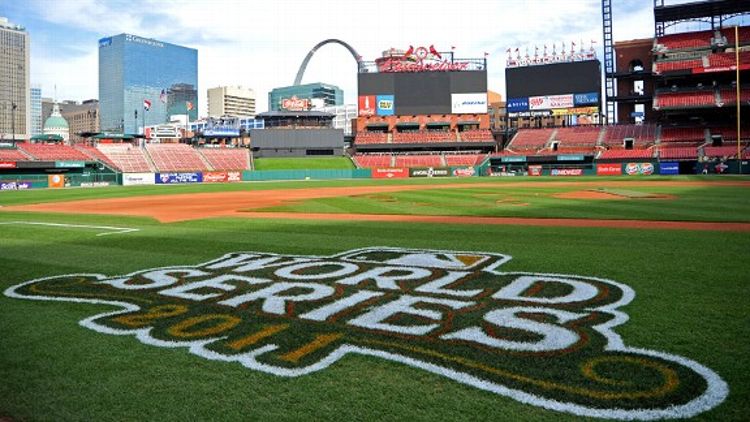 BullpenPhoneGate has thrust St. Louis to the brink of elimination, and might go down as the second-craziest World Series moment of all time. But the Cardinals still have an excellent chance to extend the series and get a Game 7 at home.

Here are three factors to watch for Game 6.

The Cardinals thrived in the first two rounds of the playoffs for several reasons, from David Freese and Albert Pujols going nuts to perhaps the best start of Chris Carpenter’s career in the deciding game of the NLDS. But a common thread through the Cards’ series wins over both the Phillies and Brewers was La Russa’s masterful job handling his bullpen. As a fan, it can be annoying to have to sit through La Russa’s constant tinkering, with enough pitching changes to make ghosts of 19th-century pitchers crack wise. But it’s sure as hell worked for him over the years, as it did during the NL playoffs.

Those moves haven’t been as sharp during the World Series. Forget the results of Game 2 and Game 5 and consider La Russa’s process.

In Game 2, with runners on second and third and nobody out, an injured Josh Hamilton coming up and a strikeout being the optimal outcome, La Russa pulled closer Jason Motte and his high-90s fastball in favor of Arthur Rhodes’ assortment of slop. Hamilton does have a history of being significantly better against right-handed pitchers. But his groin injury made it clear he wasn’t getting anything close to good weight transfer, making three fastballs at 98-99 mph a nightmare for him. La Russa pulled Motte, Hamilton made solid contact for the first time all game (netting a sacrifice fly), and the Rangers went on to win.

In Game 5, it wasn’t the wrong kind of tinkering so much as not enough tinkering that killed the Cardinals. Whether or not La Russa’s failure to act was due to a communication breakdown, Mike Napoli was a hitter who called for a platoon-based pitching change, with Motte doubling as the best arm the Cardinals had, in the biggest spot of the game. Instead, Marc Rzepczynski got to face the Rangers’ killer no. 8 hitter, and that was that for the Cardinals’ chances.

Go back to playing every little edge, Tony. There are no more 47-pitch recent outings to consider, no sanctity of reliever roles, and no phone snafus (hopefully!). Manage this game like it’s your last.

It’s easier said than done, given the hacking tendencies of some of Texas’ best hitters. But that’s precisely the point. Garcia carved through the Rangers lineup in Game 2 by playing on the weaknesses of his opponents. He knew that Adrian Beltre is a sucker for low-and-outside pitches, and fanned him twice that way, once on a curve, once on a cutter. He knew that Nelson Cruz can turn on inside fastballs better than almost any other hitter on the planet, so he enticed him with changeups and got another of his seven strikeouts on a curve in the dirt. The Rangers did come back and win Game 2 on a stirring ninth-inning rally. But they obviously can’t depend on late-inning heroics (well, unless the phone company really is out to get the Cardinals).

The Rangers drew just five unintentional walks in the three games started by Chris Carpenter and Garcia, compared to 12 in the two games started by Kyle Lohse and Edwin Jackson. Carpenter and Garcia are clearly superior pitchers, with Garcia’s six-pitch assortment and great game plan presenting a particularly tough matchup for Texas. But the Rangers hitters, especially walk-starved guys like Beltre, Cruz, and Michael Young, need to lay off Garcia’s junk offerings to give their team a better chance to score.

Will both teams finally cut back on one-run offensive strategies?

There is certainly a place for well-executed small-ball tactics. Career 86 percent base-stealer Ian Kinsler taking off for second on a straight steal attempt? Tremendous. Nick Punto bunting with a runner on first, nobody out, tie game, ninth inning, someone other than Nick Punto on deck? Lovely. Having Kinsler go on a hit-and-run, which for some reason causes runners to get a lousy jump, look back at the hitter, then get thrown out after a swing-and-miss? Not so good. Neither is bunting runners over ahead of Albert Pujols, thus taking the bat out of your best player’s hands.

The prevailing theory that we hear all the time is that the playoffs are different, which means different tactics should be used to win games. That’s true to some extent, especially in handling a pitching staff. During the regular season, you can’t keep pulling your starting pitcher in the fourth inning, because your bullpen would be burnt to a crisp within a month; you do it in the playoffs because you have extra days off and each game matters a lot more. But playing in the playoffs doesn’t involve hurtling into a wormhole and popping out in 1907. Turns out both teams have a bunch of guys who can hit home runs.

The stakes might be higher in the World Series than any other time. But that doesn’t make the idea of sitting back and playing for a big inning any less appealing. Play for one run instead, and that’s often all you’ll get … if you’re lucky.