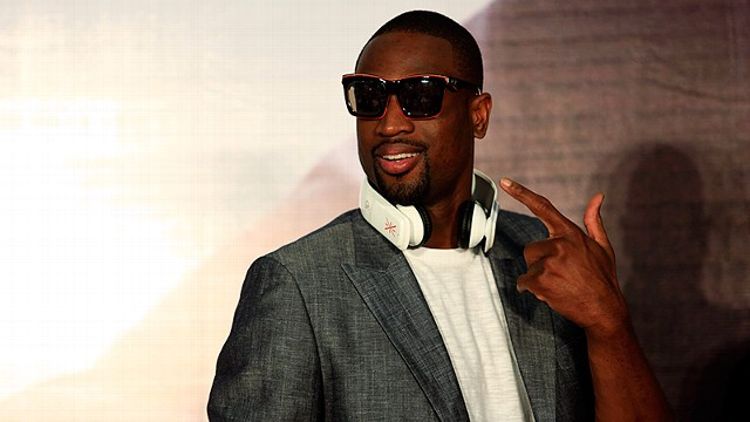 So let’s pick up where we left off last week and spend some time combing through the more ridiculous things we found on the sports Internet. You know, other than Riley Cooper’s awful and depressing rant at that Kenny Chesney concert, because that sucked.

Also, an UPDATE on last week’s column — after hearing about Darnell Dockett’s pet tiger, PETA has gotten involved. As PETA reports on its official blog:

Darnell Dockett has been busy hitting the media circuit and Twitter to brag about buying an endangered tiger as a “pet.” In one interview, he even presumably didn’t want PETA to get involved. A reporter asked him, “Do you have a tiger, really?” And Darnell responded, “Yeah, yeah. But I cannot tell y’all everything about that as far as legal reasons. That company with the four-letter word? We’re going to keep them out of this. But yes, for everybody, I do have a tiger.”

Then PETA jumps in:

This four-letter-word organization called another one, the feds …

… Tigers are protected by the federal Endangered Species Act. There’s no indication that the government issued a permit allowing Dockett to purchase the tiger, and there’s no way that a permit would have been granted to allow him to buy the tiger as a “pet.”

Oh so now it’s the government’s job to tell Dockett he’s not fit to own a tiger?

But really — most importantly — we should remember that this is the second time in three years Dockett has started an offseason war with PETA over exotic pets. He belongs in the Offseason Hall of Fame. With that out of the way, let’s get into the rest of the Internet from this week, beginning with Oregon football.

That is the Oregon cafeteria, and I’m not sure EAT YOUR ENEMIES really makes much sense, but it looks cool, and that’s definitely what’s important. The entire facility is every bit as insane as we’ve all come to expect from Oregon during the past decade or so. This locker room looks like a space station you’d see on the moon.

And the head coach’s office, which is 25 times nicer than my apartment, or any apartment I’ve ever lived in. Goddamnit.

The floor-to-ceiling windows, the furniture, the shelves … IT’S ALL SO REFINED.

You can see more photos here and read about some of the other “stunning amenities” at USA Today.

And you may look at all this and say, “Isn’t it ridiculous that a public university is spending this much money on a palace from the future for its football team? Isn’t Oregon supposed to spend money on school?”

That’s fair, but it’s also missing the point. First, because it’s all Nike’s money, and second, because even if there’s a conflict of interest at Oregon, that ship sailed a long time ago, didn’t it? I wrote about this a few years ago.

The best way to understand Oregon is this: Football trumps academics at probably 50 schools across the country and it always will, because a successful football team raises the profile of any school and helps donations, applications, etc. Everyone’s been operating like this for decades, but … Oregon and Nike are just so much better at it. There’s also a school of thought that says this money should go to the players, but I’d say that until the NCAA actually pays players, treating them like kings is the closest we’re going to get to professional college players. And that’s cool with me. Oregon’s “skewed priorities” are more just honest priorities.

Isn’t that a step in the right direction? Let’s all go play football at Oregon.

And while we’re on the subject …

De’Anthony Thomas is the most exciting player in college football — and former pupil of Snoop Dogg — and when he first tweeted this I thought he was welcoming a new pair of shoes “to the family” and it was going to be a picture of his closet. That would’ve been pretty awesome. But a pet lizard named Gucci? So much better.

GUCCI SAYS GOODMORNING AND HAVE A BLESSED DAY http://t.co/zYEnml2BMU

(Note: You can read 10,000 stories about Johnny Manziel this offseason, or you can just immerse yourself in the past three months of Thomas’s Twitter account. It’s your choice.)

Probably the highlight of the NFL preseason news cycle came earlier this week when Twitter had an hour-long investigation into Packers rookie Eddie Lacy. Specifically, Lacy’s fatness. Is he fat? He looks pretty fat here. But not so fat here or here. This Instagram is something like a Rorschach test for Lacy’s fatness. If you want him to be fat, you see man boobs. If you want him to be FIT, you see toned muscles and a flat stomach. So for now, I guess Lacy’s fatness is still open to interpretation.

Glad we could get to the bottom of this.

That’s American soccer player Brek Shea, who scored the winning goal against Panama to give the U.S. the Gold Cup on Sunday afternoon. Not sure you could possibly take a more douchetastic photo, but hey, America!

Elsewhere in soccer news, former Newcastle striker Nile Ranger got his last name tattooed on his face. Who is Nile Ranger? As the Daily Mail explains, “Ranger’s chequered history has hampered his career, with Alan Pardew telling him to clean up his act last year after giving him several chances to redeem himself.” This face tattoo seems like a good start!

A Brief History of the Chicago Blackhawks Dancing

Note: All of this comes from Grantland editor Sarah Larimer, who may or may not be addicted to obscure hockey YouTube videos. Without further ado …

2010: This coach, Joel Quenneville, proving once and for all that winning a Stanley Cup would be more fun than anything else you can do in sports.

2013: Jonathan Toews moonwalking on the ice after the Stanley Cup win.

2013: The Blackhawks in the club after winning the Stanley Cup.

2013: Patrick Kane at another Jimmy Buffett concert with the Stanley Cup.

2013: And this, Zapruder footage of Blackhawks players getting in on the twerking phenomenon at the Blackhawks convention in Chicago this past weekend:

Seriously. That hair. His sick dribbling moves. Requesting Nas. All of it, via @Jose3030:

The Greatest Popeyes Birthday Cake Of All Time

Adam Jones of the Orioles posted a photo of his birthday cake this week:

First of all, that’s just an incredible job, as far as Popeyes birthday cakes go. Right down to the red beans and rice, it’s all perfect. Second, I didn’t realize it until I saw Jones’s birthday cake, but I’ve been waiting my entire life to celebrate my birthday at Popeyes.

This is from 2009, but we can never celebrate it enough.

This sparked a lively discussion in the Grantland office about birds, and how incredibly evil they are. You think you know, but until you’ve been attacked by birds, you have no idea. “It’s like a drone strike,” someone said. “Of birds.”

I’ve never experienced this, but maybe one day I’ll see birds as the true airborne enemies that they are. In the meantime, I’m gonna spend the rest of the summer envisioning Dwyane Wade in a $10,000 white linen suit getting attacked by pigeons.

Mostly, training camp is just the methadone that makes us miss real football that much more. Until September, all we have are the stupid moments we get from training camp. Like the Green Bay Packers batting around these giant red balls, or everything Chip Kelly is doing, or teams running mud drills. Training camp is best when training camp is stupid. In that spirit, here’s Ravens defensive end Arthur Jones chasing an ice cream truck:

Everyone go have an awesome weekend, and remember to chase your ice cream truck.

We are all Arthur Jones.