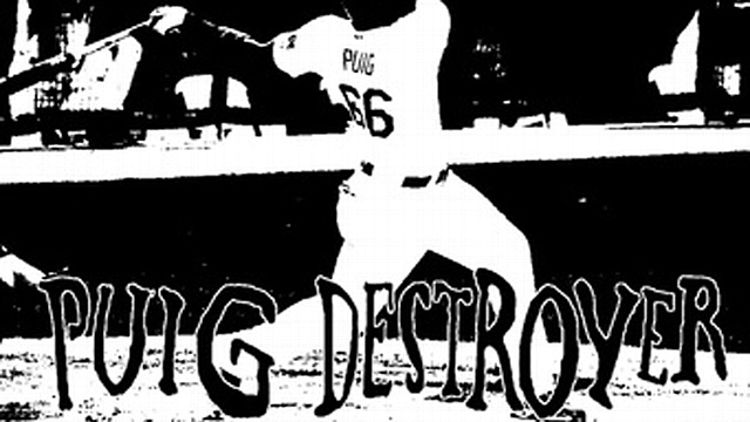 You know what grindcore need more of? BASEBALL. You may be familiar with the stomach-churning work of a band called Pig Destroyer. Perhaps you play Terrifyer during Easter dinner, or wake up on Sundays to Phantom Limb. I sometimes like to listen to their song “The American’s Head” on a loop while doing Bikram. Anyway, Pig Destroyer: a band. And now there’s another band: PUIG DESTORYER.

Puig Destroyer play “loud, fast songs about baseball,” and have the greatest band name of all time. It features current and former members of Thrice and Curl Up and Die. They have songs called “One Man, Five Tools,” and “Stop Fucking Bunting.” As our own Craig Gaines points out, “Stop Fucking Bunting” might have the most powerful lyrics since “The Times They Are A-Changin.” Proof? Proof:

No clock, only outs
But still you insist on,
Giving them away
… What the fuck?
Play for one (that’s all you’ll get)
Stop fucking bunting

You can listen to their debut below. Hail Satan.

Paying to Play in Memphis? The Strange Case of Tennessee's Jock Tax