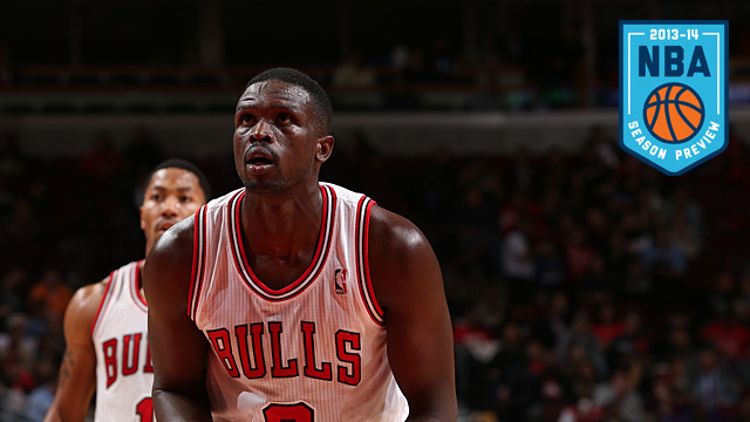 “(Thibodeau’s intensity) is higher than anything I’ve played at at the NBA level,” Dunleavy said. “Very similar to going back to college and (playing for) Coach K. It just doesn’t matter if you’re playing against each other in practice, a preseason game, regular season game, you need to bring a high intensity and you need to get better every time.”

Virtually all accounts of playing for Thibodeau sound like this. The difference isn’t in the spikes of intensity — the coach’s foot-stomping and jacket-throwing. It’s that the level of intensity never dips, no matter the setting. Considering what Thibodeau asks of his players, this is not surprising. Success in the Bulls’ defense is a product of unwavering vigilance. As Zach Lowe put it last year, even the more limited defenders on Chicago’s roster follow the rules “all the time.” Reliability, more than bouts of occasional greatness, defines the perfect player for Thibodeau. And this, more than anything, explains why he and Luol Deng are basketball soul mates.

This season will be Deng’s 10th in Chicago, and although his last two have earned him All-Star nods, little has changed about his game over the past decade. Since the 2005-06 season, Deng has never averaged fewer than 14.1 or more than 18.8 points per game. His rebounding average has landed somewhere between 5.8 and 7.3. Year after year, he remains one of the best perimeter defenders in the NBA. Predictable — some might say “boring” — Deng is the ideal fit for Thibodeau’s vision, which makes it all the more interesting that this, Deng’s fourth season under his current head coach, will likely be his last in Chicago.

Deng, who turns 29 in April, is in the final year of his contract, and based on everything we know, the chances of him being a Bull next season are slim. His agent says that talks about a new deal have barely even begun, and it has been reported that Deng is upset with the medical treatment he received during the playoffs last season, when he underwent a spinal tap to check for meningitis. There have been plenty of reports this offseason about the disconnect between Thibodeau and the Bulls’ front office, and although some of those problems have probably been overstated, it also seems like Deng is one subject on which the two sides would disagree. Thibodeau has never been shy about heaping praise (and minutes) on Deng, but these days it’s hard to justify spending a ton of money on a starting wing who doesn’t shoot well enough to stretch defenses. Even if the outside elements were less messy, the Bulls and Deng still probably wouldn’t be close on his actual value.

The rumor is that Deng is seeking the sort of deal Andre Iguodala fetched from the Warriors this summer: four years for an average of $12 million per year. Like Deng, Iguodala is an elite defender, but what he brings on offense is what fills out the rest of that $12 million. Their middling shooting numbers are similar, but the value Iguodala adds as a secondary ball handler and distributor is something Deng just doesn’t possess.

The likelihood that Deng is nearing the end in Chicago makes him the Bulls’ X factor. Whatever the team does with Deng will have a pivotal effect on whether it can contend for a championship. Deng has been involved in trade rumors as recently as this year’s draft. Considering he’s an All-Star with an expiring contract, that isn’t surprising, but in evaluating the market for Deng, it’s important to know a few things.

The Bulls think they can win a title with this team, this year, and that sentiment isn’t likely to fade before the trade deadline. Pending an injury-related disaster, the Bulls will still be in contention come February, and considering they paid the luxury tax last season with a remote chance at a championship, the odds of a midseason salary purge to get under the salary cap seem small.

With that in mind, let’s consider what Chicago would need in return if the team were going to deal Deng. It’s unlikely that Deng would be involved in a small, player-for-player swap that allows the Bulls to improve their roster. Given that Deng is a 29-year-old on an expiring contract, his day-to-day basketball value and his trade value aren’t equal. He’s more valuable to the Bulls than he would be to anyone else.

The Bulls — and possibly Deng — seem more likely to be involved in a blockbuster deal for an elite-level asset such as Kevin Love. In such a trade, the Bulls could build a package around their best cheap assets (a first-round pick from the Bobcats, stashed European prospect Nikola Mirotic, and possibly Jimmy Butler), along with a high-paid player along the lines of Deng or Carlos Boozer. Again, because Deng is on an expiring deal, his main value in a trade like that would be as a big price tag to even out the financials and then free up cap space for whichever team acquires him. Boozer has one more year on his contract after this season, so if he were plugged into the trade in Deng’s place, the team that got him would have Boozer’s expiring contract as a trade chip for next season (or cap space two summers from now). The Bulls would probably prefer to let Boozer go in such a deal and keep Deng — at least until Deng hits free agency.

My bet is that Deng will remain a Bull all season. If we’re going to consider the role he’ll have in Chicago’s title chances, it’s probably more useful to think about how he’ll fit on the roster rather than how he can be used to change it.

The strange thing about this Bulls roster is that even though it’s hard to imagine life before Butler, the last time Chicago’s core was intact Butler was glued to the bench. The Bulls’ projected starting lineup — Derrick Rose, Butler, Deng, Boozer, and Joakim Noah — has never played a single minute together. The addition of Butler makes for something new, but the Bulls’ identity will be the same as it was with Keith Bogans or Rip Hamilton starting at shooting guard. Yes, Butler is a significantly better offensive player than Bogans or Hamilton, but the Bulls are built for defense, and it’s in that area where their crunch-time lineup has the potential to be terrifying.

When it matters, the five Bulls likely to be on the floor are Rose, Butler, Deng, Taj Gibson, and Noah. That’s the best defensive lineup in the NBA, and it has a real chance to rival the Deng-Gibson–Omer Asik group that consistently suffocated offenses two seasons ago. The Butler-Deng pairing was rare last season, with most of Butler’s starts coming in place of Deng rather than alongside him. This year, it will be the standard, and it will be a nightmare for opposing wings.

For the most part, the Bulls stood pat this offseason, but the one addition they did make should alter Deng’s role in all the right ways. Dunleavy’s main contribution will be to provide the bench shooting Chicago has missed without Kyle Korver, but Dunleavy may be a more useful defender than Korver. With Dunleavy able to defend opposing small forwards, small-ball lineups featuring Deng at the 4 are an option, and more importantly, Dunleavy should allow Deng to get more rest than he’s had in recent years.

And it’s the wear and tear on Deng’s body that will end up being most important for Chicago. Deng has led the NBA in minutes per game each of the past two seasons, and it has caught up with him. Based on everything he has said, Thibodeau’s tendency to just leave Deng on the floor is understandable. Like I said, few players in the NBA have been more reliable. But Thibodeau’s tendency to lean on his surest player throughout the season puts him at risk as the calendar drags on into April and May. Deng has been the consummate Thibodeau Bull, and as long as he is on the roster that won’t change. He’ll play a central role in what Thibodeau wants to do and how far the Bulls can go, but it will be up to his head coach to make sure Deng is still effective when they need him most.