The Weekend That Was: Seattle’s Woes, the NFL Lockout and Chipwiches 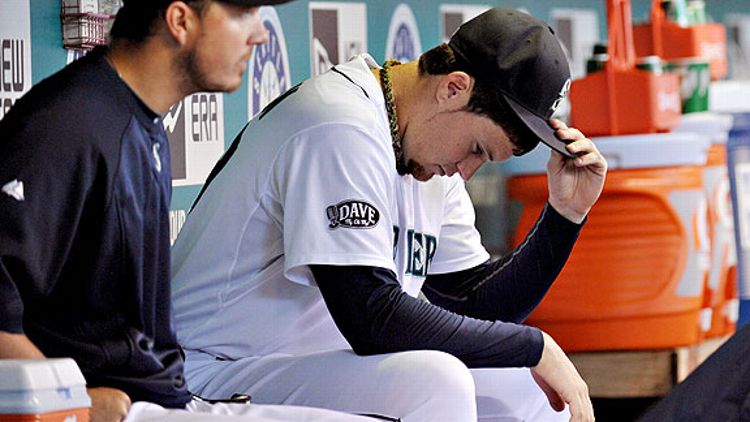 It’s official: The lovable losers from Seattle have dropped 15 straight games. The American League record for consecutive losses is 21 (Baltimore Orioles in 1988), and the overall record is 24 (Cleveland Spiders in 1899).

I think it’s fair to say that everyone outside Seattle is rooting for the Mariners to make this one interesting. To tie the American League record, they’d simply have to get swept by the New York Yankees and Tampa Bay Rays this week. On paper, the task looks easy. Both opponents are well above .500, and have the pitching talent to shut down baseball’s worst offense. But a closer look at the schedule reveals some potential speed bumps.

Let’s take a look at the probable starters and chart the obstacles standing in the way of Seattle’s quest for the cruel kind of history.

Shouldn’t be a problem. Garcia has allowed only 11 runs in his past 38.2 innings, which means he’ll likely throw a no-hitter against Seattle. (Unless they bunt every time.)

With a 3.30 ERA and the 12th-best FIP in the league, Fister is probably the greatest 3-11 pitcher in history. Sabathia has pitched his way into the Cy Young race in the past month though, and Seattle might choose to not play offense this game.

BIG TROUBLE. Despite a slight drop-off from last season, Hernandez is still a defending Cy Young award winner. Hughes, meanwhile, recently came off the DL and has made it into the 6th inning just once in six starts this season. This is where the nation’s dream might end.

Beavan has looked solid in his first four major league starts, but how will he deal with the raucous Tampa Bay crowd?

Cobb might be a newcomer to Tampa Bay, but he allowed just three hits over six innings last week against the Yankees, and he’s coming off seven scoreless innings Sunday against the Kansas City Royals. And after a scorching start, Seattle’s Pineda is on a bit of a cold streak, with 19 runs allowed in his past three starts. The only drama here is whether a Mariner will cry on camera.

The Rays rotation is in a slight state of flux, so the starter is unknown. The unpredictable Vargas can be great (four complete games on the year, including one against the Rays) or terrible (he lasted only three innings in his last start). I’ll take Tampa’s unidentified pitcher, even if it turns out to be an actual manta ray.

The suspense mounts. Here are some other happenings from the weekend: