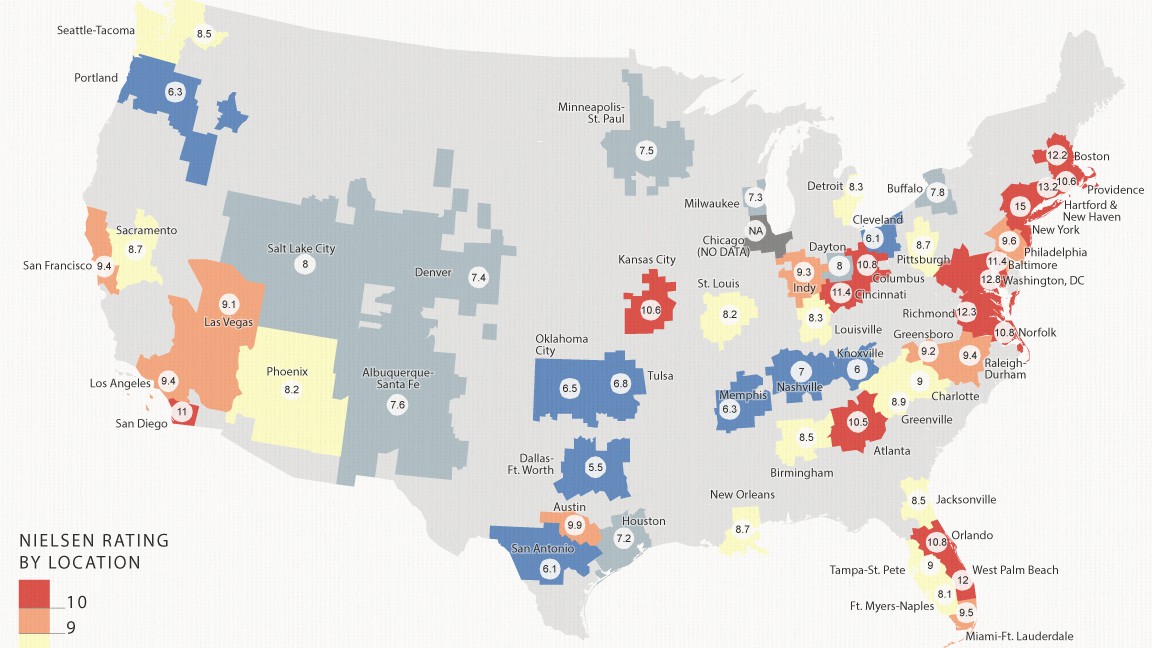 Millions of Americans gathered in front of televisions across the country yesterday to watch the United States men’s national team lose to Belgium. Overall, in the 56 markets metered digitally by Nielsen, the match drew an impressive 9.6 rating. However, that number was much bigger in some markets than in others. 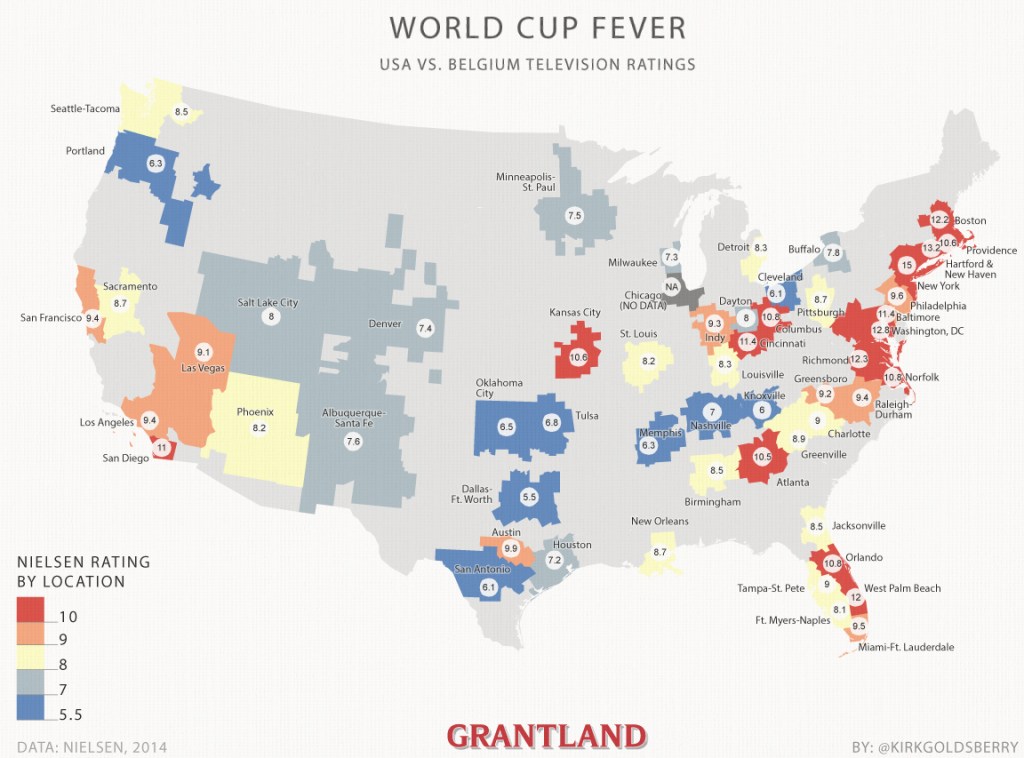 Nobody had World Cup fever as much as New Yorkers. The USA-Belgium match drew a huge 15.0 rating there, by far the highest mark anywhere in the country. Here are the top five markets according to today’s data:

Those eastern cities outpaced all other locations, and in general it’s fair to say that watching the game was more popular on the East Coast than anywhere else. The match garnered over a 10.0 in 15 markets, and of those 15, 13 are in the eastern time zone, where the match started at 4 p.m., a reasonably acceptable time to stop working for the day.

The match drew its lowest ratings in the Dallas–Fort Worth market, and was generally less popular in places like Oklahoma, Tennessee, and Texas (Austin excluded). However, while those markets were comparatively poor, that the match drew a 9.6 overall rating in Nielsen’s metered markets should be the main takeaway here. For comparison, that’s almost exactly the same average rating that Monday Night Football drew in 2013, and only a point lower than the 2014 NBA Finals averaged — and both of those broadcasts were in prime time. It’s also important to note that these ratings might be artificially low considering that many viewers chose to watch the match at large gatherings as opposed to at home, where television is typically consumed. These impressive weekday daytime ratings nationwide provide yet another demonstration of our growing love affair with soccer.