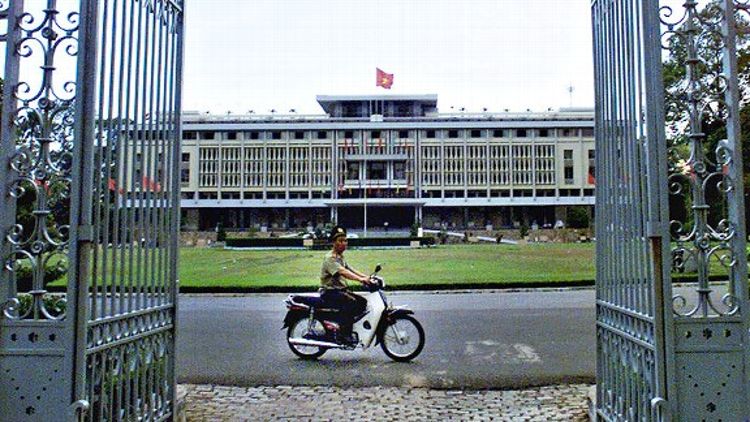 My wife and I were in Ho Chi Minh City last week, touring the old South Vietnamese presidential palace. These days, it’s known as the Reunification Palace. It stands as a kind of anti-shrine to the regime that is referred to as the Americans’ “puppets.” Our tour guide was a preening bureaucrat, and he smiled as he recounted the assassination of one of South Vietnam’s presidents.

I’m telling you all this because of a book I found in the library of Former President Nguyen Van Thieu. There, among Graham Greene’s The Confidential Agent and Henry James’ The Ambassadors, was The New York Times Sports Almanac 1965. It had Wilt Chamberlain on the cover. It had been well-thumbed, and sat in front of Thieu’s copy of World Tennis magazine.

“Did all these books belong to President Thieu?” I asked our guide.

“Mr. Thieu,” he said. Then he flashed his smile again.

Besides being a Texan, Bryan Curtis is the national correspondent at Newsweek and The Daily Beast. Follow him on Twitter at @curtisbeast.