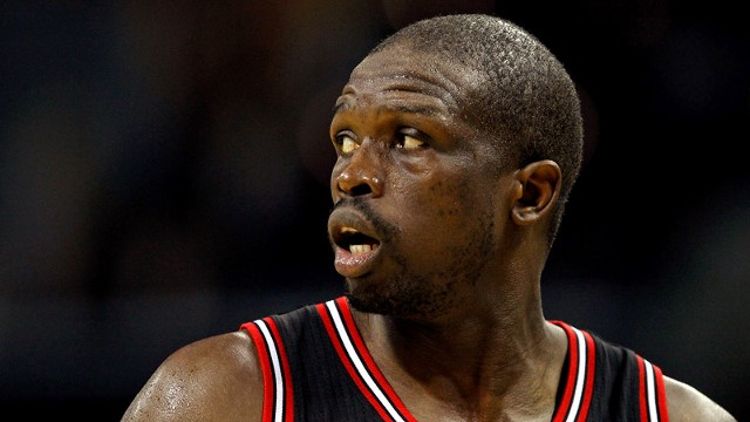 Here’s the scenario: A team’s MVP-caliber player goes down, leaving room in the spotlight for one of his teammates to finally shine. Nobody believed in him before, but, game by game, he’s changing our minds.

Obviously, the MVP-caliber player I’m talking about is Carmelo Anthony and the ascendant teammate is Jeremy Lin, right? Obviously not! No, for today’s lesson, class, we’re talking about the reigning MVP, Derrick Rose, his spasming lower back, and the Eve Harrington to his Margo Channing, none other than Luol Deng.

On Tuesday night, the Bulls beat the Sacramento Kings, 121-115. They did so without the world-beating services of their franchise player, Rose. On paper, the Bulls do quite well without their star, going 6-2 when he isn’t in the lineup, putting up higher per game averages in points, rebounds, assists, and steals in his absence.

Beyond the numbers is how the team simply looks when Rose is out of the lineup. They’re not better, per se, but they are more fun. With Rose on the bench in warm-ups, Deng racked up a career-high 11 assists, often feeding Joakim Noah and Carlos Boozer (who scored 22 and 16, respectively). They ran the break and shouted following dunks; they broke 120 and seemed to enjoy themselves in the process.

It was a sloppy game (the Kings seem to drag other teams down to their level), but it was also an entertaining one, not least of all because we saw a different side of Deng. He was the creative linchpin. Bulls possessions are typically Rose possessions; but with Deng often the player the offense was running through, they seemed to come alive.

The Bulls face their old adversary, the Celtics, at home on Thursday. As of the time I wrote this blog post, Rose was still unlikely to play, due to his not particularly serious but still hampering back issues. You can again expect Deng to play a major role in the Bulls offense.

Chicago has always seemed to have measured expectations for Deng and what he could contribute to the team. But after watching his creative, inside-outside play Tuesday night — and, yes, after a week of going Linsane in the membrane — you start to wonder: Maybe teams should reconsider how much they ask of certain players. Maybe they should ask a whole lot more. They might be pleasantly surprised with what they get.

Trade Machine Says: Basically the trade machine LOL’d at me.