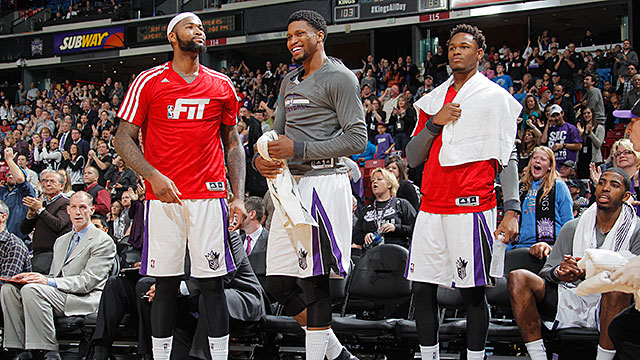 In their 1969 book The Peter Principle, Laurence Peter and Raymond Hull dissected the relationship between promotions and competence in the workplace. The core idea was that workers continue to get promoted, so long as they produce effectively, but at some point they get promoted one too many times and are unable to remain efficient. Peter and Hull refer to this as the “level of incompetence” and suggest that many jobs tend “to be occupied by an employee who is incompetent to carry out their duties.”

In terms of basketball analytics, the great Dean Oliver put forth a similar notion. In his book, Basketball on Paper, Oliver introduces the “skill curve,” which examines the relationship between the usage and efficiency of NBA players. Oliver theorizes that players are efficient up to some usage threshold, but beyond that point they become less efficient. One reason bad NBA teams are populated by players with bad stats is that those guys are asked to perform beyond their limits.

About five weeks ago the Raptors traded Rudy Gay to Sacramento. Since then, he’s looked like a marvelous scorer (not a typo). As a Raptor, Gay was using an insane 31 percent of Raptors possessions (a mark higher than Kevin Durant, Carmelo Anthony, and LeBron James); he was easily on pace to set his career high in that category. Coincidentally or not, Gay was also on pace to bottom out in a lot of efficiency measures.

He was doing this kind of stuff:

Then he got traded.

Since arriving in Sacramento, Gay’s numbers have been great. Oliver himself sees Gay as an example of the skill curve phenomenon: “It is pretty dramatic how much more efficient Gay has been in years where he hasn’t used a lot of possessions. Twice in Memphis and now in Sacramento, he uses fewer possessions and his efficiency goes from below-average or average to above.”

Gay’s overall field goal percentage has shot up from 39 percent in Toronto to 53 percent in Sacramento. He is basically shooting from the same spots, but less frequently. In Toronto he averaged 19 shots per 36 minutes; in Sacramento that’s down to 15, and his attempts are going in more frequently, especially in the midrange and close to the basket.

As of Monday, Gay had made exactly 50 percent of his 92 midrange attempts in Sacramento. Those are Dirk Nowitzki numbers. Back in Toronto he made only 35 percent in that zone. But the biggest development has been close to the basket, where he’s been ferocious. As a Raptor, Gay made only 43 percent of his shots inside of eight feet. Those are Ricky Rubio numbers. As a King, that number has boomed to 65 percent.

Despite his increased efficiency, Gay is still not worth $17.89 million per year. This is not his fault, and to quote my coworker, “keep gettin’ them checks, Rudy.” Players don’t build rosters, they don’t write the contracts, and they don’t design the offenses. Rudy Gay, the player, has been traded two times in the last year. But it’s perhaps more accurate to say that Rudy Gay, the contract, has been off-loaded twice.

Within the cap-obsessed NBA, Gay has been promoted to the level of his incompetence. Within the Toronto offense he was pushed to the wrong side of Oliver’s skill curve.

But the argument that he’s bad at basketball is foolish. He’s clearly talented, and in the right environment he could be a poor man’s James Worthy. This fact was not lost on Kings GM Pete D’Alessandro, who expressed skepticism in the analytical dismissals of Gay immediately after the trade:

In other words, tactics and stuff like that are important.

Gay has gone from leading man to character actor; his usage is way down and his efficiency is way up. Like he did in Memphis, he’s making the most of his touches by getting more points in transition and off turnovers, and a higher share of his field goals are assisted. He’s taking fewer atrocious pull-up jumpers.

Because Gay makes $17.89 million, there’s an implication he is one of the most valuable assets in the entire league. He is not. And while players and their contracts are deservedly intertwined in many analyses, any productive conversation about Gay has to somehow both acknowledge and look beyond his ridiculous financial situation. More than three years ago, the executives in Memphis overvalued and overpaid him. Now what?

He’s obviously capable of being a really good NBA player, but he’s not ever going to be the alpha dog on any great team. That’s why he’s a really interesting case study. He may be the face of the Peter Principle in the NBA right now, but does that mean we overlook his talents? What happens to good young players who get overpaid or overused?

The Kings are betting that they can absorb overpaying for Gay, and that paying for his talents does not equate to over-relying upon them. Through five weeks it looks like a decent wager. He looks good alongside DeMarcus Cousins, who is an alpha dog, and Isaiah Thomas. The Kings have won six of their last 10 games, including impressive victories against Houston, Miami, and Portland. Gay’s current numbers may not be sustainable (they’re not), but they still demonstrate he’s better than the player we saw in Toronto, he still has a future in this league, and that future might be as a key long-term piece in Sacramento.

Then again, since trading Gay and his contract, Toronto has the best record in the Eastern Conference.

NBA Shootaround: Guess Who's Back