The Randomness of the NBA’s 66-Game Season 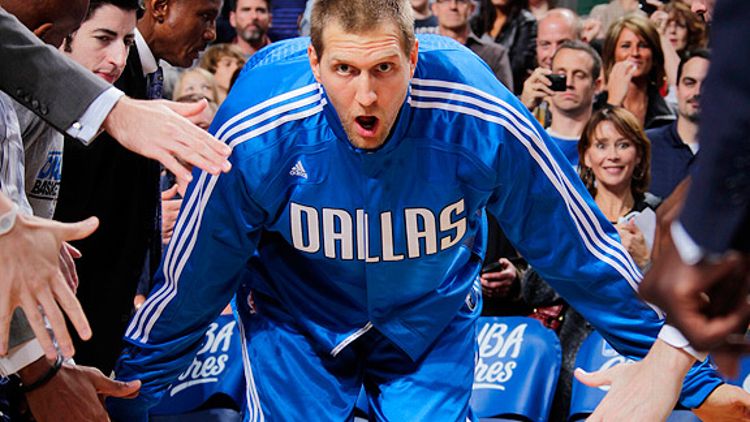 What’s more exciting than the shortened NBA season that starts on Christmas Day? Of course, it’s betting on that shortened NBA season! Because the NBA is removing 16 games off the docket and eliminating plenty of rest days, there’s a lot of uncertainty about how the season will play out. Will younger, faster teams dominate during the dog days by virtue of their spry legs? Or will veteran teams with experience playing alongside one another gain an advantage by showing up in shape and not needing time to gain a rapport with new teammates? One thing is for sure: With a shortened schedule, the season will be subject to more randomness by virtue of the smaller sample size of games. Moving the NBA season from 82 games to 66 is the equivalent of taking the 162-game baseball schedule and turning it into a 130-game slate. At the 130-game mark of this year’s baseball season, the eventual World Series champion Cardinals were 67-63 and 10.5 games out of the wild card they would eventually claim as their route to the playoffs. A lot can happen with an extra 20 percent added on to a season, and a lot can avoid happening when the league slices the last fifth of a season off the books.

That randomness makes the NBA futures for this upcoming season particularly tantalizing. As a season grows longer, the cream is more and more likely to rise to the top, but with a shortened season, a mediocre team might be able to make it to the top and enjoy home-court advantage for most or all of the playoffs. And of course, as we’re navigating a compressed period of free agency and the unsure futures of Chris Paul and Dwight Howard, a team’s odds can change on a moment’s notice based on a rumor alone.

So amidst this ever-changing situation, let’s evaluate how the lines have moved since the league reopened for business. We’ve gone to our home sportsbook at the Aria on the Las Vegas strip and grabbed their odds on each NBA team winning the title this year. For each team, the chart below lists their opening odds, the line as of Tuesday evening, and the implied odds for each team after we adjust for the vig (or juice) on the bet. Why do we do that? Well, if you add up the raw probabilities for each NBA team, you get to a total of 182.8 percent, and there’s only 100 percent of a title that can go to one team. That extra 82.8 percent is Vegas’ vig, so if we want to find the real implied probability without the vig included, we divide each raw probability by 182.8 percent.

The biggest line movement, as you might have suspected, belongs to the New Jersey Nets. Rumored to be Dwight Howard’s desired destination, the Nets have gone from starting out at +15000 (or 150/1 odds, which would pay out $150 for every dollar you bet if the Nets won the NBA title) to +2500 (or 25/1). If you consider these probabilities to be standings, the Nets went from being tied for the second-worst championship probability in the league to being tied for the 10th-most. Then again, their odds have only risen from 0.4 percent to 2.1 percent, so it’s still a relatively small change.

Other teams out East have seen their chances rise, too. The Celtics (+2200 to +600) and Knicks (+2200 to +800) have been bet heavily as two of the relative long shots that still seem to have a prayer of winning gold this spring. Think about it. Pretend that you’re a sports fan who just wants to try to win a nice chunk of change on an NBA bet. Would you rather have bet on the defending-champion Mavericks at +800, or would you rather have picked a Celtics team that would pay out nearly three times as much? It’s no surprise that the teams in that range have seen their odds fall, and while the Magic also occupy that space, their impending Howard trade has undoubtedly scared bettors away.

You might also be noticing that there have been moves to make a team’s odds shorter, but not much has gone on in the opposite direction. Only one team has seen its odds grow longer since the market opened, and those Charlotte Bobcats have gone from +6000 to +8000. What does that tell us? Well, nobody on earth is betting on the Bobcats to win the NBA title.

As for the favorites, well, they’re about where you would expect. Despite their collapse in the finals last year, the Heat remain the subject of gambling affections, and their odds have fallen from +250 to +180, suggesting that they’ll win the championship just about one out of every five times this season gets played out. Just behind them are the Lakers, who went off the board (were unavailable for betting) last Thursday as the news of the Chris Paul trade went across the wire. A situation like this causes a line to go off the board so Vegas can properly react and price out the new situation before bettors hit them hard, but in the end, this stalling session ended up saving gamblers money. Before the Paul trade was announced, the Lakers were listed at +400, and they would have likely seen their odds hit +200 if the line was still posted as the trade was being discussed like it was final. Instead, those bettors who would have hit the line at +200 weren’t allowed to, and since the Paul deal was canceled, it saved those people money. See, look! We finally found some group of people who benefited from David Stern’s executive decision to cancel that trade.

We’ll check in with these futures again before Christmas, after free agency has had a chance to run its course. Hopefully, we’ll have concrete Howard and Paul trades to account for, too.

The T.J. Yates era has been a lot more fun than anybody expected; not only did he lead his team to a last-second victory against the Bengals on the road last week, but he started the game with a picture-perfect bomb to Jacoby Jones that would have gone for a touchdown if Jones had remembered to catch the pass. This line movement likely owes some steam to the return of Andre Johnson, who happens to be much better at catching those sorts of passes than Jacoby Jones. If Carolina travels to Houston without star left tackle Jordan Gross, who missed last week’s loss to the Falcons with an ankle injury, this line could hit the full seven.

As it turns out, the market values the functionality of Sam Bradford’s ankle at about 2.5 points. Or, alternately, it values the difference between a one-legged Bradford and a two-legged Kellen Clemens who doesn’t know the plays at 2.5 points.

The good thing about the Eagles bandwagon is that they’ve really worked a lot on the entrances and exits to make it easy on, easy off. You can really see how desperate people are to get back on the Eagles; the Jets just won a game by 27 points and got the opposing coach fired, and people are still betting heavily against them.

Speaking of bandwagons that the public is anxious to hop back onto, let’s form in an orderly line and sprint back to the Lions! Sure, they nearly blew a 28-7 to the Vikings’ third-string quarterback and lost a game in which they had a +6 turnover margin last week, but Ndamukong Suh is back! The Raiders got blown out last week, but it was by the Packers. They have a pretty good excuse.

The Fabulous and The Flops of NFL Week 14
Chiefs and Dolphins Fire Coaches, Ignore Real Problems
Passing Around the Blame in Dallas