The NBA’s Winter of Discontent: All the Drama You Might Have Missed This Week 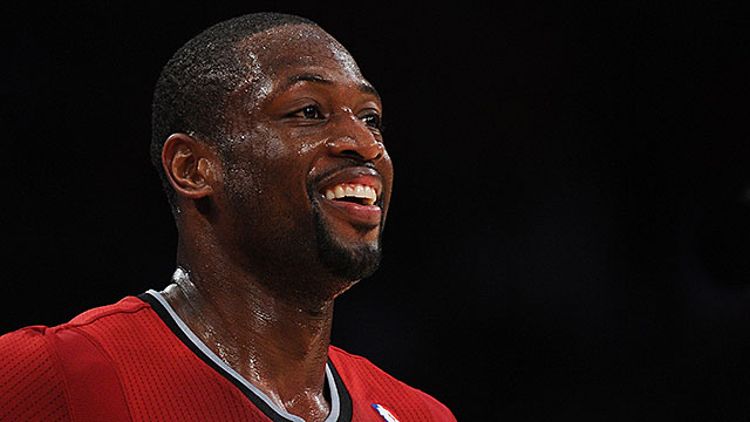 Man, the holiday hangover hit the NBA with a force this week. After a quintupleheader of games on Christmas, you might have thought it was safe to turn your back on the league and spend some time with your family or your Xbox One. You would be wrong. As we like to say, some amazing happened here. Just not amazing; like, life-affirming amazing. Dudes are having meltdowns, fathering children out of almost-wedlock, getting expelled from their teams, and getting hurt. Let’s make a quick run to the pain cave. We’ll try and keep it light and brief.

Time to Make the Doughnuts

Hey, you know what? If I were Carmelo Anthony, and it was 11-something in the morning on New Year’s Eve, and LaLa was over-committing us to a hundred different parties, and I just knew we were going to spend the whole night in the back of an SUV stuck in crosstown traffic, never really actually staying at any one place long enough to shed the natural social anxiety that comes with being a 6-foot-8 totem for a beloved sports franchise’s shortcomings, and all I really wanted to do was stay home and play The Elder Scrolls, and I looked at my mentions just to kill five seconds even though my New Year’s resolution was never to do that, and some dude was telling me that I was always disappointing him, and he was tired of rooting for me, I might just tweet this too:

@__Kingsleyy5 I didn't ask for your glazed donut face ass to root for me anyway!!!!

Shout-out to Carmelo for not deleting the tweet. Shout-out to instigator for being wild, vulnerable, and pretty funny in the aftermath of this crapfest …

my favorite player dissed me

And 1,000 flaming arrows into the sky to the god J.R. Smith for the Nelson Muntz imitation:

Lmfao RT @carmeloanthony: @__Kingsleyy5 I didn't ask for your glazed donut face ass to root for me anyway!!!!

She’s Having a Baby

1. Natalie Finn, over at EOnline, is definitely in the running for Best American Sports Writing, on the strength of the lede sentence from her story on the Wade revelations: “It turns out Dwyane Wade has been team-building in his off-season.” NATALIE. DAGGER.

2. If I’ve learned anything in my life, it’s don’t throw batteries at Santa Claus, and don’t lie to TMZ, because IT. WILL. FIND. OUT.

3. Are you seriously telling me that LeBron isn’t trolling hard in the paint with this New Year’s Eve Instagram?

I’d Rather Be Bowling

Hate to say I told you so. Any Philly fan could have told his Cleveland brethren that this is how the whole Andrew Bynum saga would end. Over the weekend, Bynum was suspended from the Cavs for conduct detrimental to the team. Bynum had shown flashes of returning to his former self over the last few weeks, putting up a 20-13 night against Atlanta in the beginning of December. Since then, he saw his minutes slashed, and now this. There were some truly outrageous rumors flying around Twitter about the real reason behind Bynum’s suspension, but in the end it doesn’t really matter. This is a guy who probably would rather be bowling.

There’s something additionally depressing about the idea of the Bynum saga concluding with him being traded to the Lakers for Pau Gasol. Sure, Gasol might find a new lease on life in Cleveland (I think that’s the first time anyone has ever written that), but what I take from it is just how fleeting NBA stability can be. Just a few years ago, Gasol and Bynum formed one of the best frontcourts in basketball. Now one is a disaffected veteran who can’t seem to fit in, regardless of who is coaching the Lakers, and the other has possibly played his last NBA minutes.

Even sadder, this trade is rumored to be dependent on the results of Kyrie Irving’s MRI on his left knee. On Tuesday night, Irving injured his knee, telling reporters later that he felt a pop. After losing Russell Westbrook until at least the All-Star break, and Al Horford for the season, the NBA M.A.S.H. unit is running at full capacity. No matter who you cheer for, all these injuries diminish the overall quality of the product. It really sucks.

Twilight of the Gods

If you have followed the Brooklyn Nets’ fall-of-Saigon season, you have probably thought to yourself, I don’t know how much longer Kevin Garnett can take this. Love him or hate him, the guy is too proud to go through such a debacle without saying something. On Wednesday, KG said something. From Stefan Bondy’s Daily News interview:

The most frustrating thing about me is I could see if wasn’t hitting shots and I wasn’t in here working or taking fucking days off. I put time into my craft for it to come out, but then that’s rhythm on offense. And I don’t have that right now … Nobody likes to lose. I’m not a loser. But I show up every day and I try to be a professional and give everything I have … But you know what? I’ve been through some harder times than this. I have a lot [of] confidence that I’ll come out of this and we’ll come out of this with some decency.

We spend a lot of time talking about player legacies, and mapping out how a guy should go out on top or whatever. That’s for us; it’s selfish. We want athletes to have a certain narrative arc that satisfies our sense of “how things should be.” We don’t want athletes to tarnish our memories of them. For me, if a star athlete wants to get another run at a ring — even as a supporting character — or if they want one more paycheck, all power to them. I have no vested interest in the Nets being good or bad. I just want a decent ending for Kevin Garnett. I think he deserves that.