The Most Depressed Fan Base: Sorry, Oakland, You Can’t Even Win This 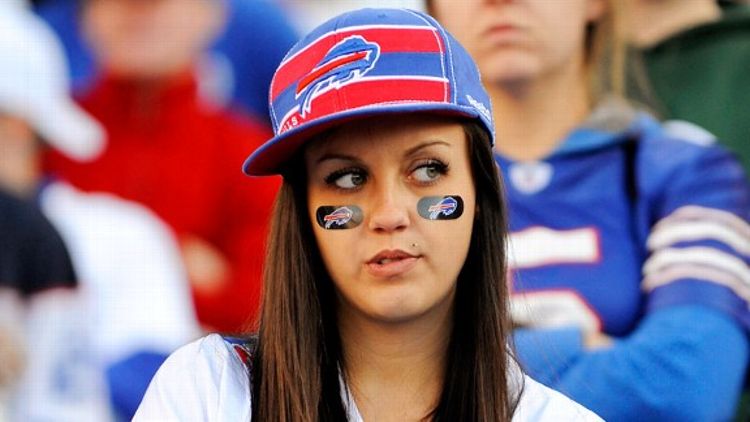 Welcome back to your monthly dose of Schadenfreude. Here at the Depressed Fan Base Committee, our job is to kick a city while it is down. And man, there are some down cities in this country. This month, 10 voters identified 35 cities as worthy of recognition. Along with the Top 10 list below, nominees included Detroit; Atlanta; Stillwater, Okla.; every city in Texas; the entire state of North Carolina; and the Three M’s: Montreal, Manchester, and Milwaukee. (They still call those “The Three M’s,” right?)

Disclaimer the First: We’re not doing Happy Valley or Syracuse, so don’t even ask. I had a whole slew of jokes lined up, but the Department of Justice flagged every single one. Come on, DoJ, don’t you guys have something better to be flagging? I’ve got a neighbor who listens to Bruno Mars nonstop, and he doesn’t even get audited by the IRS.

And honestly, Syracuse should be permanently barred from this competition anyway to maintain competitive balance; that city goes beyond depressing into something like heartbreaking. The apocalypse started a decade ago on South Salina Street.

Disclaimer the Second: Our committee is so intent on submitting an accurate list that it often deliberates for weeks at a time before turning in anything. For this installment, the deliberation was so intense that many members actually didn’t turn in anything at all. So when you find your favorite depressed city excluded from the Top 10, just remember the science behind the process and ask yourself if it’s worth the anger. And hey, I’m all about misplaced rage. I’m still furious at Obama because I couldn’t get a date from 2002 to 2009. But let’s keep it in context.

Oh yeah, here’s how this thing works: The Grantland literati submit their individual lists. I collect them and tally the totals on my customized Dave Matthews Band Microsoft Excel software. A first-place vote is worth eight points, a second-place vote is worth seven, and on and on until one. You get it. City with the most points “wins.”

Last month, Indianapolis took the crown. We’ve yet to have a repeat champion, so let’s get rolling and see if this is the month.

Chris Ryan, on Lawrence, Kan.:
Charlie Weis! That is a thing that is happening in 2011. Ask the ghost of John Brantley how that’s going to work out.

Ghost: Ooo-ooooo-ooooo, I hath been slain most untimely by treacherous kin! Oooo-oooo-ooo!

Grantland: What? Come on, tell us about Weis!

Ghost: Oooo-oooo-oooooo … he had to use the bathroom.

Joseph House, on Charlotte, N.C.:
Since I can only name two players on the Bobcats off the top of my head, I’m going with “UNDER” 20 wins this season. At least M.J. showed his solidarity with the players. #oppositeday

Ohhhhhh, SNAP! I ain’t seen an “opposite day” burn since the fifth grade, yo! Back when my boy Angelo deked some runny-nose mother right outta his juice box!

Ladies and gents, the Babe Ruth/Patrick Bateman hybrid of Depressed Fan Bases is back. It’s only getting weirder from here. Bless you, House.

From David Cho:
You live in Kansas City.

How dare you say that about the city film director Robert Altman had to leave in order to spark anything resembling a career!

(Full disclosure: I took that description straight from the homepage of the Kansas City Chamber of Commerce website.)

Katie Baker:
hahahahahah Philly. (Actually, I shouldn’t say this because Claude Giroux is going to torment Rangers fans for years to come.)

Sarah Larimer:
The lesson here, of course, is never dream.

Hey Oaklanders, I don’t like the disrespect any more than you do, but the economic models clearly show that “bath salts” is your top industry. The man is listing facts!

That was also the working title of the Paul Simon song that became “Still Crazy.” The original was much more mean-spirited.

House:
Andray Blatche is about to enter my life again. I’m not depressed, but I’m not happy either.

Robert Mays:
When benching Rex Grossman is the worst decision your football team has made all year, it’s been a really bad year.

FYI: It’s more fun if you repeat it 1 million times to the chorus melody of Eric Carmen’s “Hungry Eyes.”

Abrams:
It’s not good for immediate or long-term prospects when a city’s marquee star on its only professional sports team asks for a trade.

David Cho:
With Chris Paul going to L.A., that means the best players they could have gotten for Dwight (Pau and Lamar) are now not going to Orlando. That means Dwight’s going to be traded for negative eight cents to the dollar, because none of the other teams that Dwight would sign with have anything good to send. (Sorry, Brooklyn Nets!) Also, Miami’s going to win the championship, so that’s probably not great for Orlando either. Also, even more, your city once produced a boy band named after your city called O-Town. Do you think that was a good look? No, it wasn’t, it was a terrible look. O-Town had a song called “Liquid Dreams.” You do the math.

I don’t know, man, I followed O-Town with some friends in the summer of ’01, and I think if you had seen them open with “Liquid Dreams” on 6/2 in Cleveland, in the rain, you might not be so dismissive. I still have the set list and a .dat soundboard recording if anyone’s interested. Hit me up on the alt usenet newsgroup.

Not a city, you say? Take it up with someone professional, pal.

Abrams:
Vikings are 2-11. But don’t worry, Kahn is back with his arsenal of point guards for Christmas!

Normally I would read this and just appreciate the good joke, but based on House’s track record, I have to ask — was he actually attempting to read toilet paper? And did he think it said something about Minnesota? I’m loving the insanity. But House, if the toilet paper ever tells you to murder me, it’s just kidding! That’s a classic toilet paper gag!

Just in case you hadn’t yet lost faith in the list, Cho’s main criterion for sports depression seems to be the severity of winter.

6. Los Angeles — Tie – 20 points
I have to say, I’m absolutely thrilled that Los Angeles made the list again. No city’s inclusion makes more people mad than L.A., and it’s a total delight to see it here again. (Eds. note: We started compiling this list before the Chris Paul trade … well, before the one that worked.)

Baker:
Both hockey teams are playing dreadfully … and still no football.

Bill Simmons:
Objectively speaking, it is harder to be a fan in Los Angeles than in any other American city, especially Buffalo.

I’m just kidding. Bill Simmons did not write that, I did. I just wanted to create a moment of pure, unadulterated rage in our readers in Buffalo. Also, I’m trying to get fired.

Mays:
I’ll admit that I can’t approach this in a rational way, but in the span of three weeks, the Bears have gone from NFC contender to team led by the worst quarterback in a league that includes T.J. Yates, Tyler Palko, and Dan Orlovsky.

Larimer:
Because poor Mays was walking around with that “I’m-dead-on-the-inside” look after Cutler injured his thumb.

Even worse, that was the day on Mike & Molly when they lost their bowling league championship. Mays loves that show. Won’t stop talking about it.

Baker:
Bye bye, Pujols, later La Russa, and the Rams are a disgrace.

Love it. That’s the cruel spirit we should always be striving for here at Depressed Fan Bases.

There will be no repeat champion!

Larimer:
Confidential to my family members who live in Indy: I won’t ask you about Peyton if you don’t ask me about Albert. Cool?

Mays:
This Manning-Luck situation is setting up to be truly awesome, in the way that Jack and Jill was truly awesome.

Rembert Browne:
Not only are they 0-13, but to add insult to injury, Larimer thinks Eli is hotter than Peyton. SERVED.

Peyton Manning, to his teammates: Look, guys, I know things are pretty rough around here. But as bad as it gets, at least we’ve got Sarah Larimer. She thinks I’m hotter than Eli.

Peyton Manning: Don’t joke about that.

Teammate: I’m not, man, it says it right here —

Jacoby had Cleveland on his list twice (don’t worry, math wizards, I only counted it once):
Shut up, Dan Gilbert. Cultural relevancy broke up with you when LeBron did, now stop texting us.

Colt McCoy is not the real … I can’t even finish that joke it is so hack.

Mays:
Will remain [Mays’ no. 1] until further notice. The sense of calm that’s being reported at Heat training camp is fucking terrifying.

You know what time it is. House time:
When Dan Gilbert sits down with NBA injustices on his mind and a keyboard in his hands, words get written. Angry, hysterical, Comic-Sans fonted words. #ownersnamedDanaretobefeared

They just signed a quarterback to a multi-year deal where he is now expected to make 4 million dol- … interceptions.

Mays:
A list of the depressing shit that has happened to Buffalo in the past month: 1. The realization that they gave a below-average quarterback $24 million guaranteed. 2. It got really cold. 3. It got really fucking cold.

Baker:
They can’t stand up for their goaltender and their expensive quarterback might not actually be that good.

Buffaloos is correct. And now, as per tradition, we close with the Clown Prince of Depressed Fan Bases, Joe House:

The Bills’ losing streak is one (familiar) thing, but Sabres goalie Ryan Miller getting run over twice in a month reflects a lack of respect typically reserved for members of Congress.

Political! See you in January, sickos.