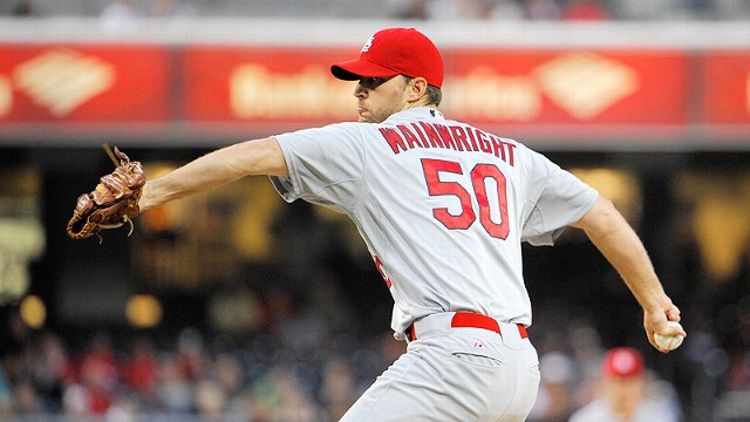 I love baseball, so it wouldn’t be true to say I’ve been faking the funk so far in the 2013 season. But there comes a point every year when the game pierces the thick mental hide of my winter hibernation, and my fandom rises to near-obsessive levels. That happened this week. I don’t know why; maybe it was the onset of June. Or the near end of basketball and hockey. Or getting hit in the head with a baseball bat. In any case, I’ve shed the last remnants of the spring doldrums, and I’m ready to be your weekend spirit guide. Let’s resume the adventure.

You may notice that the “Is Matt Harvey Pitching?” category dropped to 10th this week, while the “Is Matt Moore Pitching?” category has dropped off entirely. Moore’s FIP numbers have been screaming REGRESSION! all year, but I never expected it would happen in the span of one truly awful performance against Detroit. He has to fight his way back on; no more handouts. Harvey had his worst outing of the year against Miami last Sunday, but he still maintains a 2.17 ERA and a top-10 strikeout rate, so we’re giving him the benefit of the doubt. It doesn’t hurt that he plays in New York and represents the last hope of a desperate, dying franchise. Watching Mets fans cheer when Harvey pitches is a little like watching Tom Hanks talk to a volleyball in Cast Away — touching, but with the semi-psychotic undertone of the damned.

9. This Week’s Reason to Watch the Royals (HOU-KCR)

8. The Indians Have Lost Four Straight and Are Almost Under .500 (CLE-DET)

This entry brought to you by the powerful Sadist Lobby, with key contributions from the Schadenfreude Association and the encouragement of men who kick other men when they’re down. Also, LeBron. Go Tigers!

In the annals of HBotW, this might be the H’est B yet. Domonic F’ing Brown (he’s earned it) has 10 home runs in his last 13 games. Seriously. To nobody’s surprise, he was named the NL Player of the Month for May. The jump in his power numbers this year is enough to raise an eyebrow, and, weirdly, that’s just about the highest compliment you can give a young hitter.

I’m breaking rules here, gang! Total rebel! But really, just an amazing job by ESPN on the Bases Loaded coverage (an NFL RedZone equivalent) during last weekend’s regionals. Constant action, and they made it compelling even for the Pepperdine-Rice type games. The super-regionals are this weekend, where the 16 teams will face off in three-game sets, with the eight winners making the College World Series in Omaha. And I have to say, I’m totally hooked. It doesn’t hurt that two of my local teams, UNC and NC State, are still alive, and if you can only watch one game, I’d have to recommend watching Wolfpack starter Carlos Rodon (ESPN3, probably Saturday), who I’m convinced will be a great pro down the line. If you want to know more, check out Teddy Mitrosilis’s piece previewing every weekend series.

4. Pitching Matchup of the Week: Wainwright vs. Leake (Friday, STL-CIN)

By WAR, among other measures, Wainwright is the best pitcher in baseball, and his FIP is a league-leading 1.77. A big part of his success is that he throws a four-seam fastball and a sinking fastball that travel at almost the exact same velocity but end up in slightly different spots vertically and massively different spots horizontally. Seriously, imagine trying to hit a fastball that looks exactly the same as the one that came before, except it arbitrarily drops a couple inches this time and ends up in on your hands. And once you get comfortable with that — if you ever do — he’ll throw a Mariano-style cutter that breaks away from you and only goes 3 mph slower. Wainwright is the rare guy who is completely capable of dominating a lineup with just his array of fastballs. Add in a devastatingly slow curve that breaks in the entirely opposite direction of his fastball, and the fourth-best snap in the game, and he’s just really, really unfair. (I should say something about Mike Leake’s great season now, but I’m honestly just in awe.)

Sometimes I have to be totally honest with you guys and just admit when I’m sick and tired of certain teams. I did have fun watching Tampa’s Alex Cobb throw while writing the first pitchers’ duel diary this week (if you’re a pitching nerd, you’ll probably like that), but in general I find the mention of either team vaguely annoying (in Baltimore’s case, this story didn’t help). Wait … this is why people hate Yankees fans, isn’t it? Speaking of which, nothing I’ve ever written has made people angrier than this article that came out just before last year’s ALDS. I’m not even proud of it, but sometimes we have to summon our own ghosts.

I can’t prove this, but it feels like these teams have played every weekend for the past two months. It’s sort of hard to get excited about it, but then again, how about this Patrick Corbin fella? The D-backs pitcher is 9-0 with a 2.06 ERA, and he hasn’t failed to complete six innings in any start this season. The 23-year-old southpaw isn’t big on strikeouts, and his two-seamer (which he throws 50.7 percent of the time) has incredible tailing action, darting in on lefties and away from righties at the fifth-best rate in the game (and no surprise, it’s the 11th-most valuable of its kind). His great two-seamer keeps good company among other lefties including Cliff Lee, Chris Sale, and Matt Moore. Unlike an ace of Lee’s caliber, Corbin’s slow slider is a pretty plain pitch without a ton of effectiveness, and he might be better suited to developing a pitch that’s closer in velocity to his fastball (Lee’s slider/cutter is just 5 mph different from his heater, while Corbin’s is 10 mph slower) so he doesn’t have to rely as much on one pitch. But he’s young, and it won’t take much for him to develop a devastating strikeout pitch and become a consistent ace.

I call this subsection “the red wedding” for three reasons. One, because both teams are red. Two, because any reference to Game of Thrones is good for 40,000 extra hits. (They’ll be angry once they see what they clicked, but you can’t take it back.) Three, because I’m deep into the lazy part of my career as a sportswriter and would rather just write things with no real connection and hope my readers mistakenly think it’s clever somehow. Speaking of which, is it just me, or is St. Louis exactly like Tywin Lannister? Right?!

OK, so the Cardinals and Reds are two of five teams in MLB with a winning percentage at or above .600. I already mentioned the excellent Wainwright-Leake battle on Friday, but the Lyons-Latos and Lynn-Arroyo matchups that fill out the weekend are top-notch as well. If you take it as fact that Pittsburgh will fade horribly sometime soon, you have to think both teams will beat up on the Central and waltz into the playoffs. Which means we could be talking about an all-Central NLCS. So if you love good pitching, potential playoff previews, and American heroes like Todd Frazier, this is your jam.