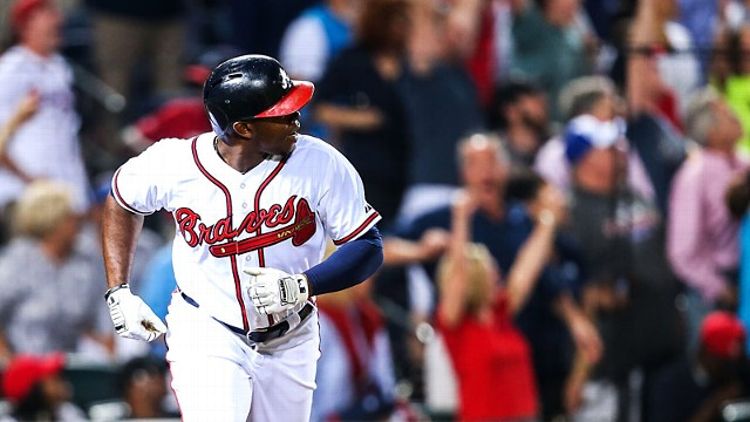 We’re back for 2013, and my only hope is that this is the year we finally have a quadruple play. It’s been so long. And with that wish in our hearts, here are the top 10 stories/players/matchups heading into the weekend.

Now that the Astros have betrayed and abandoned the National League and joined the AL Central (that’s how it went down, right?), there are 15 teams in each league instead of the previous 16-14 split. That means on any given Friday, there will be seven NL games, seven AL games, and one crazy, weird, fun interleague series. This weekend, it’s Dodgers-Orioles in what I’m calling “The Battle Between Yankees Envy Past and Yankees Envy Present.” Kind of a long name, but you get the point. Both teams are off to mediocre starts and looking to string a few wins together.

9. The “We Really Miss the Astros” Series (CHC-MIL)

High school, nerd lunch table, and the nerdiest of the nerds has just moved to Albuquerque. Now the jocks are coming, nerdiest nerd is gone, and suddenly second- and third-nerdiest nerds are in the spotlight.

8. Hey, Colorado’s Actually Good! And So Is Arizona? (ARI-COL)

Dexter Fowler has seven home runs already, Carlos Gonzalez is one of the top three hitters in baseball, Jon Garland and Jhoulys Chacin and Juan Nicasio are all 2-0, and the Humidor Boys are at 11-4 and leading the NL West. But Arizona, of all teams, is hot on their tail at 9-6. Both teams will obviously finish with fewer than 30 wins, but like 6-year-olds who think they can be president, let’s allow them to enjoy the dream.

If you guys are looking for the Great American Hero, look no further. It started for Frazier when he was the hero of the Tom’s River, New Jersey, team at the 1998 Little League World Series, where he went 4-4 with a home run in the championship game. Then he saved a choking man’s life at a restaurant last year. Then he became the first man (presumably) to hit a home run by throwing his bat at the ball. Now he’s one of the best hitters in the National League. It just keeps getting better. One day, he WILL be president. Of Earth.

(Update: This story came out, no joke, after I wrote this graf.)

6. The Blue Jays Could Be Really Great This Year! (NYY-TOR)

Trivia: Identify the year of the following quote from multiple baseball experts: “I really think this could be the Blue Jays’ year. The lineup looks really dangerous, and you have to think the pitching staff has matured since last season.”

Lee had one of the most unlucky years in recent memory in 2012, putting up the third-best WAR in the National League while somehow going 6-9 and getting hit with a miserable .309 mark in batting average on balls in play (a measure of luck, it is thought). I mean, look at his numbers. LOOK AT THEM, YOU BRUTES! He should have been like … fourth in the Cy Young voting. Instead, he went 6-9. So I’m expecting the karma gods to be kind to him this season, and so far they have been — he’s 2-0 with a 1.52 ERA and a decidedly lucky .212 BABIP, and has no cheap losses (though he started the year with an unfortunate no-decision). And he deserves the best. He deserves to go 30-0 with a 5.67 ERA. Let’s hope he gets his due as a great pitcher this season.

Stephen Strasburg and Gio Gonzalez pitching back-to-back on a Friday/Saturday series was one of the most reliably exciting events in baseball last season. Will we have a repeat year? The early returns are foggy; Strasburg’s strikeout rate is lower than last season, and his ERA is approaching three, while Gonzalez is coming off PED allegations and having himself a bit of a struggle. But these guys were so great last year that we have to give them a fighting chance before we dump them for the next big thing (Andy Pettitte).

As a Yankees fan, I was afraid of this. You get rid of Papelbon, Beckett, and Youkilis and suddenly your team goes from bloated has-been to scrappy underdog. Everyone counted out the Sox this season, and now they’re 11-4, leading the AL East, and boasting a likable team. The only saving grace is that Boston darling Jackie Bradley Jr. is now batting .097 and looking less like a savior and more like a project. But I’m definitely afraid of how things are going. Clay Buchholz has a chance to pad his excellent start (3-0, 0.41 ERA) against the Royals tonight.

2. Every Justin Upton At-Bat Is a Treasure

Nine home runs in 15 games, .328 average, .510 wOBA … he is insane right now. And the double-Upton walk-off spectacular was the best moment of the season so far.

1. Every Braves Game Is a Treasure (ATL-PIT)

It’s so, so early, but it kinda feels like a year of destiny already down in Atlanta. Maybe it’s because I was there during the Final Four and semi-guiltily enjoyed a few Braves wins with the locals, but everything is happening at once. Justin Upton is a stud, four of the five starters are putting up fantastic numbers, and they haven’t even lost on the road yet (7-0). As of now, this is the best team in baseball, and also the most fun. (Also — and this prediction may end up looking stupid — Kris Medlen is my early pick for Cy Young winner in the NL.) That even a series against the Pirates is sort of exciting means we might be entering the year of the ATL.

Wish You Were Here: 8 Teams We Wanted to See in the NBA Playoffs