The Lion in Nuclear Winter: The Comedy of Kobe Bryant 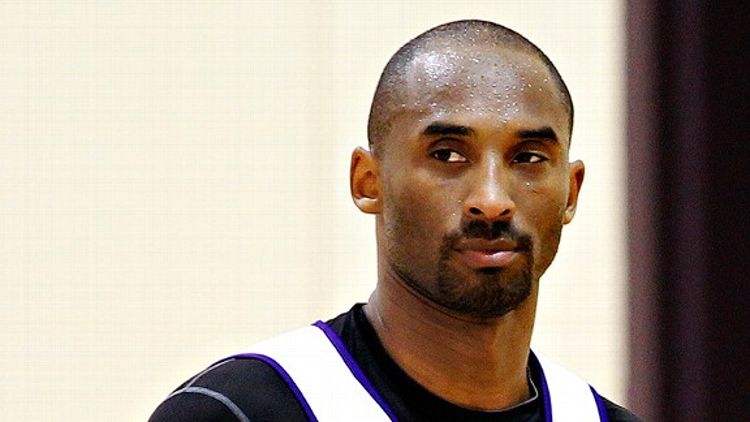 Kobe Bryant is sitting on five NBA championships, two NBA Finals MVP awards, a regular season MVP award, 13 All-Star game appearances and two scoring titles. He’s played with some of the best players to ever walk onto a basketball court and he’s punched Reggie Miller. He’s done it all. And now, as he strolls through the twilight of his career, what does this NBA legend see before him? Nothing but fuckery. And all he can do is laugh.

Hell, at least he’s making us laugh too. One of the very, very few bright spots of this NBA “season” (if you can actually call this 30-team pile-up a “season” so far) has been the incredibly dark, hilariously profane, bracingly candid humor of Kobe Bryant.

“Kobe Bryant at the facility. Had a nice greeting to us before leaving: “What’s up (expletive). Nice to see you guys,” read a tweet from Los Angeles Times blogger Mark Medina earlier this month. If you want to really amuse yourself, spend about 30 minutes guessing what the expletive was. It’s a lot of fun. I hope “Gotta Have It” from Watch The Throne was playing as he walked in the doors.

Since then, as camp has progressed and the walls of NBA reality have collapsed around him, Kobe has only gotten funnier. On Friday, he told Clippers beat reporter Brad Turner to tell Blake Griffin “not to fuck himself up in the preseason.”

Connecting with Kobe Bryant has always been a bit of a chore. He’s aloof, conceited and he acts like a guy who just got back from a year abroad and can’t seem to believe you haven’t eaten authentic spaghetti aglio e olio. But over the last week or so, he has become something incredibly recognizable and empathetic — an employee, too tired to be disgruntled but with too much shit in his rearview mirror not to pass comment on what he sees.

You can hear it when he talks about NBA Commissioner David Stern’s role in the Chris Paul trade: “He can do whatever the hell he wants. He’s the commissioner.” Or when he addresses Lamar Odom being dealt to the team that knocked the Lakers out of the playoffs last season: “I don’t think Mark Cuban’s protesting this trade.”

Personally, I’m partial to Kobe Bryant, Los Angeles Lakers cheerleader. “We’ll keep the train moving,” Kobe said. “[Devin] Ebanks is going to step in there and fill it up … Ron [Artest’s] responsibilities have kicked up and the train keeps moving … If I think a guy is a bum, he’s a bum. When Smush [Parker] was here, I told you he was a bum.”

I mean, who wouldn’t run through a brick wall for that guy?

We are a little more than a week away from the start of the NBA season and the Hornets have about six players on their team and the Warriors just signed Kwame Brown. This is going to be a very strange NBA season. It might even be a very bad one, if these first few preseason weeks are anything to go by. But at least we have Kobe Bryant to help us through it.