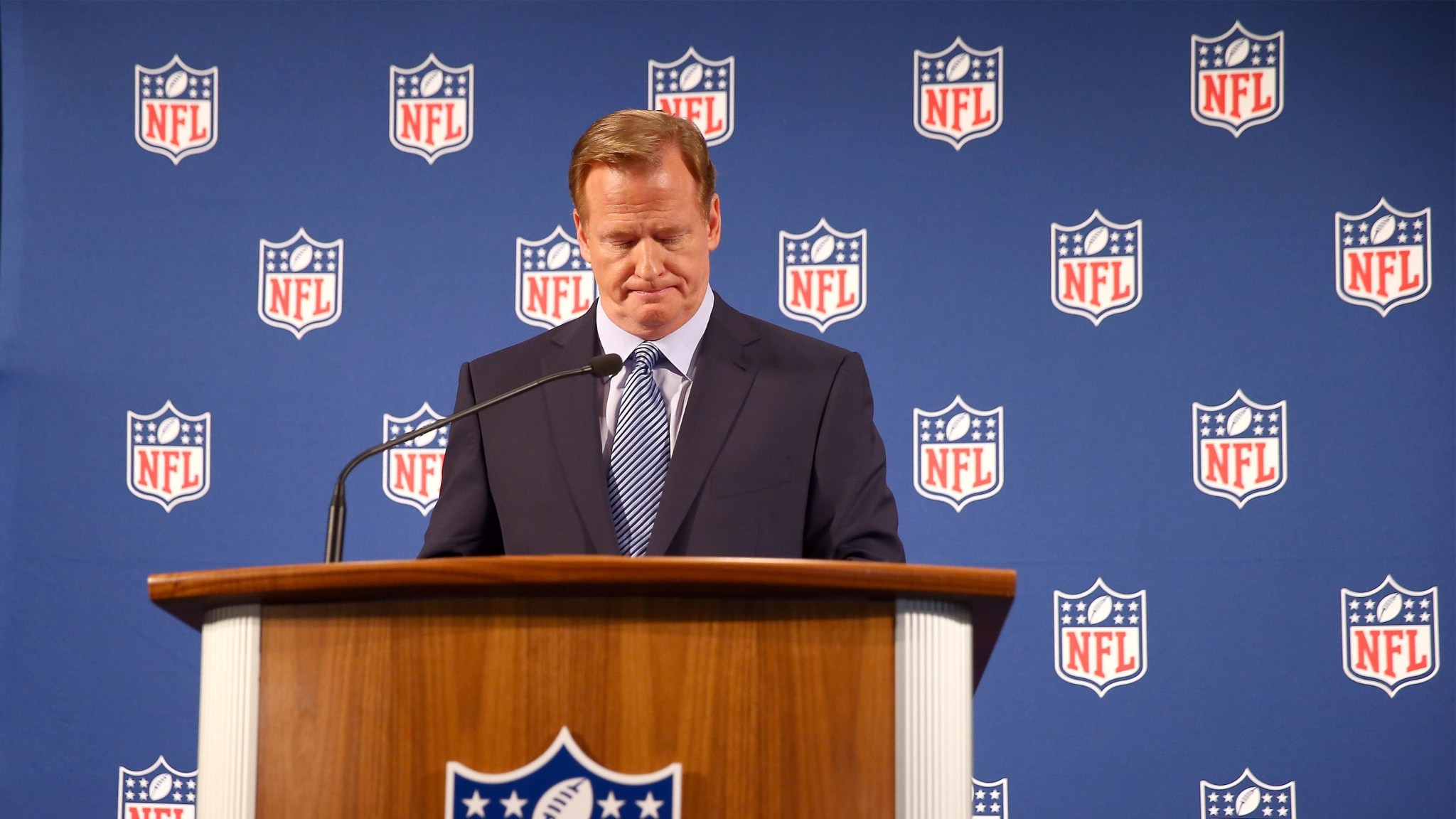 For the better part of a month, sportswriters have called for Roger Goodell’s resignation. Writing in The MMQB on Monday, Peter King told us that NFL owners aren’t likely to deliver it, unless Adolpho Birch pulls a John Dean and spills everything he knows to the “independent” investigators. But that doesn’t mean the media howling was for naught. By blasting Goodell in print, sportswriters acted as pulling guards for the government officials in Washington, who are now torturing the league by threatening to revoke many of its long-standing perks. If a few of the changes have anything to do with Ray Rice — well, I’ll take ’em.

Let’s start with the NFL’s blackout policy. Since 1975, a Federal Communications Commission rule has given the league an imprimatur to remove games that don’t sell out from local TV and cable. If it’s 15 below zero when the Packers take the field, the FCC’s chairman recently noted, then Packers fans have to buy all the tickets or find a TV in Chicago. That sounds like extortion.

A Politico story published on September 5, days before the release of the second Ray Rice tape, noted a push in Washington toward ending the blackout rule. But the NFL was determined to keep it. In response to the blackout rule rumblings, the league threatened to move more games to cable TV, where even fewer people could see them. The NFL created the Protect Football on Free TV campaign, headed by Steelers great and Republican politician Lynn Swann. According to Politico, the league also convinced the AFL-CIO and Jesse Jackson’s Rainbow/PUSH Coalition to support the cause.

That was the state of play when the second Rice tape was released on September 8. Then the world shifted. If Lynn Swann has uttered a word in public about the blackout policy in the last two weeks, I can’t find evidence of it. On September 9, FCC chairman Tom Wheeler published a muckraking, hyperlink-rich USA Today op-ed that read like the B-side of a Dave Zirin column. “Today the rules make no sense at all,” Wheeler wrote.

On Tuesday, the FCC voted 5-0 to dismantle the blackout rule. Now, it’s not a total victory. A TV network and the league might still scheme to implement their own blackout. But what’s important is that the NFL no longer has a federal heat shield — the vote “takes our public policy finger off the scale,” as one FCC commissioner put it.

Would this have happened without the furor over the second Rice tape? Probably, but the process would not have been so seamless and there would have been more resistance. The NFL now faces a political environment in which John McCain is lecturing Goodell on how to hold a press conference and another senator, Minnesota Democrat Amy Klobuchar, is giving interviews in which her mind wanders from Goodell to Boko Haram. Small victories like the revocation of the blackout rule become offerings given to the public in lieu of Goodell’s resignation.

Speaking of offerings: For years, the NFL has also protected its federal tax-exempt status. The exemption dates back to 1966, and although it has been a perennial talking point for politicians of all stripes, it has also been considered inviolable. “Revoking the tax exemption isn’t in the cards,” the Washington Post argued on September 15. “The NFL doesn’t lose games on Capitol Hill.”

Well, that was before Goodell’s lousy press conference and two more weeks of heavy shelling from the press. On Monday, Daniel Kaplan of SportsBusiness Journal tweeted that the league was considering dropping the designation. (As Bill Barnwell explained here, losing the exemption wouldn’t be that big of a loss for the NFL, since it would allow the league to keep financial information like Goodell’s salary private. MLB, for example, chose to drop its tax-exempt status in 2007.)

Senator Richard Blumenthal, from Connecticut, went a step further, proposing a bill that would endanger the NFL’s antitrust exemption. He tied the bill directly to Goodell’s handling of the Rice case. The NFL “literally fumbled the ball” on domestic violence, Blumenthal said — by which he meant the league figuratively fumbled the ball, but U.S. senators shouldn’t be judged by the high standards we set for sports media.

“Support for the bill will send a message to the NFL, even if it never passes,” Blumenthal added, according to the Hartford Courant. The bill likely won’t come close to passing. But it shows there’s now no downside for politicians in attacking the NFL. Like crime, the national debt, and the trade deficit, the NFL has become an abstract menace — something to stick in a campaign ad.

Finally, pressure from sportswriters forced action inside the NFL, too. When Goodell was still staggered from the release of the second tape, the NFL suddenly got serious about revising its drug policy. That kind of initiative doesn’t materialize so quickly without writers pointing out, again and again, that Orlando Scandrick was a bigger transgressor in the league’s eyes than was Ray Rice.

As with the political stuff, there’s a caveat. Last weekend, Goodell went to Austin and visited University of Texas coach Charlie Strong, who has pursued moral improvement by ramping up his school’s drug-testing regime. So we’ll see. But the #freeorlando movement, though related to Ray Rice only by proxy, counts as a meaningful success.

I wrote recently about the difficulty sportswriters had in finding a narrative that would consolidate their gripes with Goodell. Was it that Goodell was too lenient? Incompetent? An alleged party to a cover-up? A few weeks later, we’ve found a simple narrative that suits sportswriter and senator both: The NFL just has too much power. The authoritarian frame accommodates the long-standing federal protections, the Rice case, the drug suspensions. And muscle-flexing like “protect the shield.” And letters like this. And …

I still think Goodell’s ouster is the right goal. But members of the sports media may have drawn the terms of victory too narrowly. Those withering articles had a big upside, politically, that went beyond the commissioner’s office. Writers have ventured all kinds of ties between sports and politics in the last month, like imagining Goodell as Nixon. Maybe we missed the simplest one: It’s an election year.

ALDS Preview: Breaking Down Tigers vs. Orioles and Royals vs. Angels