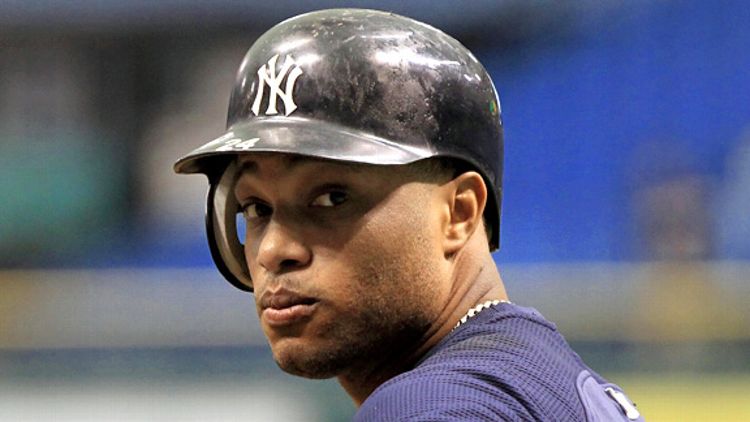 Let’s get the disclaimers out of the way, because almost everything that follows in this post is going to sound really ungrateful.

Robinson Cano is a solid second baseman. I’m a Yankees fan, and he’s my favorite player. A lot of teams would kill to have Cano at second base, even if he’s not the best the league has to offer (this year, that would be Dustin Pedroia). He has one of the smoothest swings in baseball. Last year, he won the Gold Glove and Silver Slugger awards, and came in third in American League MVP voting. What’s more, he seems to be a good guy.

Here’s where the ingratitude comes into play: I keep waiting for him to be better. What limits Cano is selectivity. In the simplest sense, he doesn’t walk enough.

Barry Bonds took a base on balls in 26.7 percent of all plate appearances the year he hit 73 home runs. This year’s walk-rate leader, Jose Bautista, is currently at 19.3 percent. Those numbers are high, but when you’re a good hitter, pitchers tend to be scared of you. You see fewer strikes, so you draw more walks. That’s why the really great talents are so valuable; they reap the benefits of their bat, sure, but they also earn a lot of free passes.

Among this year’s top 30 hitters in terms of slugging percentage, 17 draw a walk at least 9 percent of the time. That seems to be the line between average and below average. But way down in 29th place, second-to-last on the list, Cano walks in just 5.2 percent of all plate appearances.

Maybe it’s not his fault. Maybe Cano is an exception to the rule. Maybe, for whatever reason, pitchers challenge him with strikes and make sure he never gets on base easily. Anything is possible, so let’s dig a little deeper.

According to Fangraphs, Cano sees a strike on 41.5 percent of all pitches. That’s the 17th-lowest in baseball, which means that if all batters were equally selective, he would have the 17th-highest walk rate in the majors. Instead, he has the 23rd-lowest.

So what does that mean in practical terms? It means he swings way too much — and pitchers know it. Let’s pick one of Cano’s teammates for comparison. Nick Swisher swings at only 20.6 percent of pitches outside the strike zone. Cano, meanwhile, flails at 40.3 percent of “bad” pitches, the 10th-worst rate in baseball.

Selectivity isn’t everything, though. There have been a lot of good free-swinging players who forged successful careers without ever gaining an ounce of patience. The model for this is Vladimir Guerrero, who to this day leads the major leagues by swinging at almost half (47 percent) of all pitches outside the strike zone. In that regard, he’s gotten progressively worse, not better, over the course of his career, and yet he still has a place in the game at age 36. On the other hand, it’s no accident that his two best years, 2002 and 2003, also featured his highest walk rates. There’s value in taking your base.

Cano has great eyes and skill with the bat, and his season-ending average has been .297 or better in all but one year of his tenure with the Yankees. He’s hitting .295 this year. But the consequence of his free-swinging nature can be seen most clearly in his on-base percentage, .344. The difference between his average and OBP might seem fine until you go back to the comparisons.

Nick Swisher bats .267 but reaches base at a .377 clip, for a difference of .110 points. Derek Jeter has a difference of .061. Brett Gardner, .078. Russell Martin, .096. Those hitters aren’t as feared as Cano, but because they’re willing to take pitches that aren’t in the strike zone, they’re a lot closer in overall value than they should be.

In Cano’s case, a lot of his bad swings tend to be at pitches low and away, and he has a habit of pulling these to the right side of the infield for weak groundouts. In fact, almost half of the balls he puts in play (48.8 percent) are grounders. That’s his highest rate since 2007, and the problem is aggravated against good pitchers. In the 2009 postseason, he hit .193 over 15 games, with 19 groundouts. He was much better in last year’s playoffs, but against Boston this past weekend, his difficulties returned: 1-for-12 in three games, with six groundouts to the right side.

Cano’s problems with selectivity amount to a case of wasted talent. In a best-case scenario, Cano works hard, develops some patience, and emerges as a selective hitter. The worst is that a hitter’s nature is an unchanging birthright, and he is fated to follow the career arc of players like Guerrero — uniquely talented, unbelievably dynamic, and never quite as great as we want them to be.