The Fabulous and the Flops of the Super Bowl 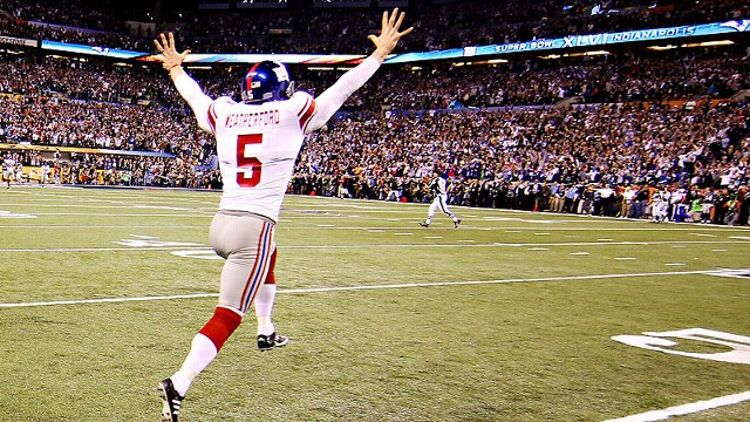 All good things must come to an end. After a long season filled with twists and turns, our coverage of the 2011 NFL season finishes up today with the Super Bowl XLVI edition of “The Fabulous and the Flops.” What’s that? Are you crying? Oh, you’re so sweet. Now we’re starting to cry a little bit, too. Don’t worry! We’ll be back during the offseason with NFL stuff, and with no lockout on the horizon, we can safely say that Week 1 of the NFL season is less than … seven months away. Oh dear. How does this baseball thing work again?

As we have during previous playoff weeks, our goal here is to identify players whose successes and failures were not the obvious takeaways from the games everyone just saw. Yes, we know Eli Manning played great. We wrote about it yesterday. And instead of dwelling on the negatives, let’s break format in this final column and recognize three members of the Giants who played fantastic football games, even if they haven’t gotten a ton of recognition for it.

Fabulous: Justin Tuck, who was the one member of his team’s vaunted defensive line to have an enormous impact on the game. Jason Pierre-Paul and Osi Umenyiora went quiet on Sunday, combining for no sacks and a total of just three quarterback hits between them. Tuck, though, was the best player on his defense. It was Tuck who spun through the line and kept churning to get to Tom Brady on the Patriots’ opening play from scrimmage, creating a safety when Brady was forced to throw the ball away.

Tuck then went quiet for a bit, but he showed his versatility on a third-down sack of Brady for a key three-and-out in the third quarter. Nominally a defensive end, Tuck dropped back off the line of scrimmage into a zone, serving as a potential spy for any Brady scramble and another body to get in the way of a short crossing route. The Giants dropped eight into coverage and only rushed three, preventing Brady from finding an open receiver, and when Brady began to scramble, Tuck sprinted toward the line of scrimmage and wrapped up a bumbling Brady for his first sack of the day. He finished up with a sack on the final drive, beating guard Logan Mankins to put a serious crimp on any comeback hopes. Tuck made his name in Super Bowl XLII with a dominant game, mostly against Mankins, that made him a rightful candidate for the MVP award. Eli deserved the award this time around, but Tuck was the second-most deserving candidate on his team.

Fabulous: Hakeem Nicks, who became the primary receiver when the Patriots doubled up Victor Cruz and served as Eli’s security blanket for most of the game. Nicks gained 109 yards while catching 10 of 13 passes, with several tight grabs on dig routes to extend drives. Eight of his receptions resulted in first downs, including three that moved the chains on third down. The only real blemish on his day was a third-quarter fumble, but the Giants were able to fall on it and save his blushes.

Nicks ended up having a pretty impressive playoff run, especially for a guy who was struggling with injuries toward the end of the regular season. He finished with 28 catches, 444 receiving yards, and four touchdowns in four playoff games. Pro-rate those numbers to a full season and Nicks would have put up a 112-1,776-16 line. As it were, Nicks finishes with the second-most receptions and second-most receiving yards for one player during the playoffs in NFL history, with only Larry Fitzgerald’s memorable 2008 campaign beating him out.

Fabulous: Steve Weatherford. Yes, the punter. About 14 months after the Matt Dodge disaster against the Eagles, the Giants had a punter offer up a significant contribution to their Super Bowl victory. Big Blue got stuck in no man’s land several times and had to punt four times between their own 40-yard line and the Patriots’ 40-yard line, which is generally a good way to lose football games. If your punter creates excellent field position for you, though, it’s not the worst thing in the world. Weatherford booted one punt into the end zone for a touchback, but his other three punts were downed between the 4- and 8-yard lines. Afterward, he clowned Jets special teams coach Mike Westhoff for letting him go. It was a fun day to be a Giant.