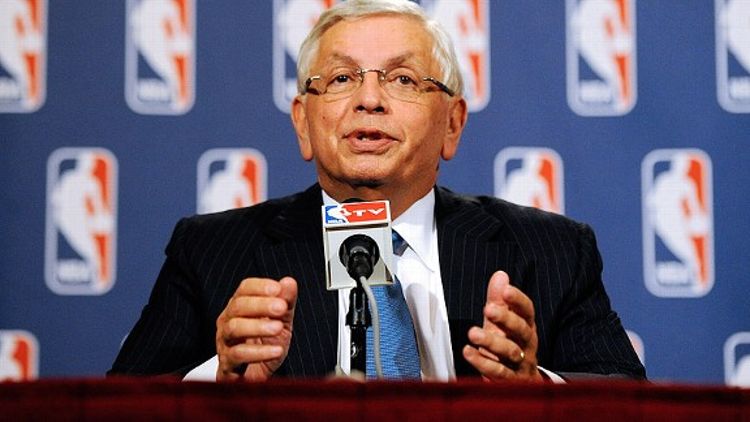 The lockout recently ended, and NBA officials worked tirelessly to complete a three-for-one deal that would create ripple effects for the league’s 30 teams. When it went through, they rejoiced and felt they were better off with the additions.

No, this has nothing to do with Chris Paul. Instead, Matt Winick completed the trade with Staples Center and exchanged three extra days by giving back one that the arena requested. He is the NBA’s senior vice president of scheduling and game operations, a title that makes him the schedule’s master architect. He has been tasked with the job for about 25 years, a position that inherently opens him to complaints. This year’s schedule, because of the lockout, is quirkier than ever — in some ways more than the truncated 50-game season of 1999. Try Staples Center for example: The arena had yet to come to fruition in the last lockout. The Los Angeles Memorial Sports Arena housed the Clippers. The Lakers and Los Angeles Kings shared the Great Western Forum. Shrine Auditorium hosted the Grammys.

Now, they are all housed under one big sharing facility that is the busiest in the country. That is why two extra days can be split many ways and is reason to rejoice. “If you can make a three-for-one-trade anywhere, it’s great,” says Winick, who worked with the Mets before joining the NBA in 1976 as the director of media information. “There, it’s exponential. The Staples Center is a unique matchup every year. You have two basketball teams, an NHL team, and then they have big events that take up a lot of days. When they have the Grammys, it’s a one night event on television. They need 10 days in the building to accommodate that one night. Those are some of the problems you face in doing the schedule.”

The regular-season schedule that will begin on Christmas took some bargaining, bartering, and begging to get out in a timely fashion. It also took the veteran presence of Winick, Thomas Carelli, the league’s senior vice president of broadcasting, and Danny Meiseles, who works in production, programming, and broadcasting for NBA Entertainment. The league and union reached a tentative deal on November 26, and each side ratified a 66-game season. The trio stationed themselves in a room shortly thereafter to carve out the schedule. They sent a preliminary schedule to teams the Friday before it was released. They gathered feedback and change about 10 percent of it over the next four days.

“I’ve never taken as many 6:13 a.m. trains from Long Island to the office,” Winick says, adding: “We announced the schedule on Tuesday at 7 at night. Monday night, we were still making changes.”

Winick requests availability from arenas each year at around the All-Star break. This is the toughest part because each arena is also looking to maximize its dates and profits. Arenas are required to hold a certain amount of dates and each team can request a couple of dates when they are assured of receiving home games, Winick takes over from there and inserts the schedule into a computer program. “It plugs in the dates,” Winick says. “It plugs in the matchups. It prevents you from doing things you can’t do, really. In other words, we couldn’t schedule the Knicks and the Lakers three times.”

“You think of it as a puzzle, and if all the pieces don’t fit, it doesn’t work. Every piece has to fit and a lot of times, in the regular-season schedule, we’ll get to the last five games and the schedule might take two hours a game to fit it in. Sometimes, you solve one problem and cause a different problem. After working on it for a while, the only way you can solve a problem is by causing a different problem. And then maybe the second problem you cause is easier to fix than the first problem.”

The NHL alleviated some of the pressure for this schedule by giving up dates it had marked for possible playoff games in arenas the leagues share. Other guidelines fell into place because of time and travel constraints. Each team would play 18 out-of-conference games, which reduced travel and meant that Portland wouldn’t have to make that one-game trip to Miami out of necessity. Every team also skips six cities (in a normal 82-game season, each team visits and hosts an out-of-conference opponent once).

“If the Lakers are going to go to Dallas and San Antonio, you try and maximize those games for fans so that you can utilize them on your network partners,” Carelli says. “Some of them are harder than others. Some of them have to be dictated by arena availability. In other words, you can’t have a game in San Antonio pretty much in all of February, because you know they are going to be on the road because of the rodeo. So you have to figure out where you are going to send them, from a basketball standpoint first, that’s going to be fair for them. Then, they would be a team that you would want to put on television. It’s where would you have them that can do all those things.”

So yes, there is a reason why the Lakers will play home-and-home sets against Boston, New York, and Miami, and hop over cities like Cleveland, Charlotte, and Indiana. Winick says that he has no influence on competitive balance, especially since the schedule is figured out before free agency.

“Without knowing where the free agents are, you really don’t know what’s going to happen competitively,” he says. “The last time in the lockout schedule, the Knicks finished eighth and were in the NBA Finals. There’s a lot more uncertainty with team rosters in making this schedule than there was in a normal situation. And we have an obligation to our fans to give them the best possible attractions on television, and that’s part of the process as well.”

There is give and take with everything. Consider: The Lakers do not travel to Chicago, where the Bulls finished with the league’s best record last season.

The league also had to navigate the tricky waters of back-to-back-to-backs. Winick originally thought that each team would be forced to play as many as three, given the compressed time frame.

“We started out with three,” Winick says. “As we went further into the process, we saw we could get by with two. Then we said we’re not going to have two teams with three. We’re going to do whatever we can do to get it to two. You look for other spots to move one of those games. Maybe, instead of Milwaukee going to Indiana that day, Detroit goes into Indiana and that frees Milwaukee from three in a row and it doesn’t cost Detroit a three in a row.”

Teams will play at least one set of three games in three nights this season. More than a third of the league will play two triple sets. There will be 42 sets of back-to-back-to-backs in all, a reduction from the 66 needed in 1999. Teams will average about two extra games a month this season compared with an 82-game one. It’s not bad, all in all. If your team has a brutal stretch, possibly two or three, it evens out because every team does.

Stu Jackson, the league’s executive vice president of basketball operations, oversees the operation. “I just stayed out of their way and allowed them to do what it is they do,” Jackson says. “During this whole process, there are certain issues that came up, whether it be from a competitive nature on the floor, or if there were aberrations in the schedule that Matt or Tom identified as areas of concerns that we needed to make a decision to either go ahead with it or not. By way of example, if a team has a single game trip out and back across a couple time zones, that’s usually not something you would do in a regular-season schedule, but if it helps facilitate this schedule and saves us from making 10 other moves by removing that game, well that becomes a decision point that you have to make.”

It is normally a thankless job for all involved by default. There are 30 teams ready to complain about schedule quirks in a normal year. This season, of course, is different. “A couple teams actually thanked me,” Winick says. “I think they thanked me because they had a schedule and a season. I’m not sure if they liked the schedule, but they were just happy that they had one.”