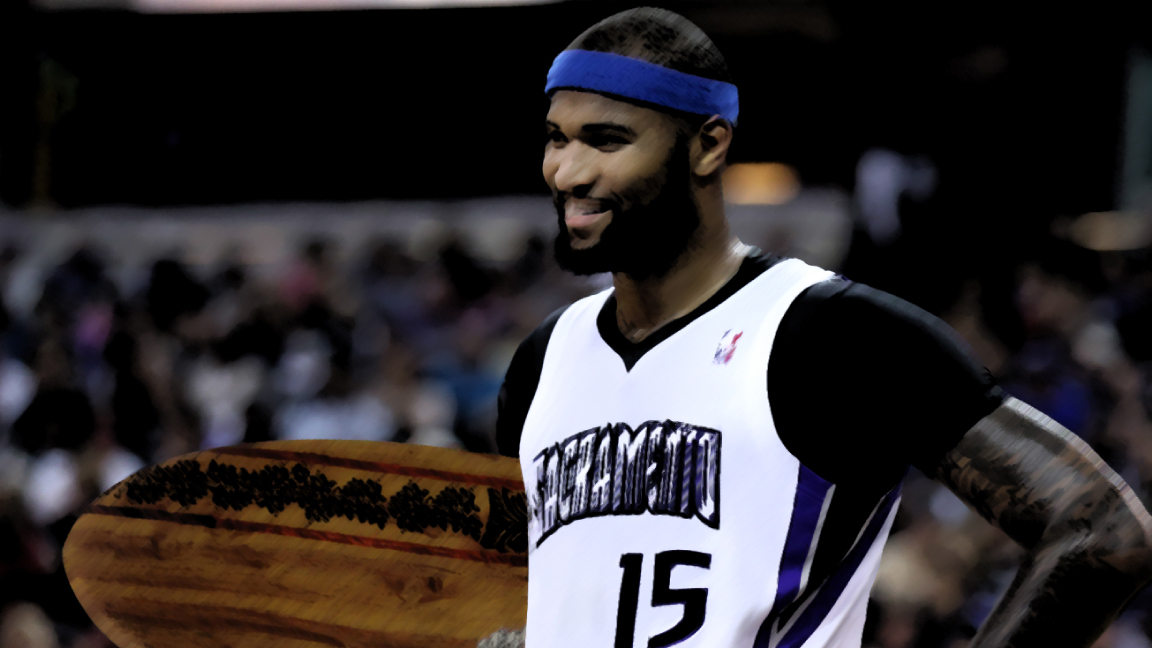 Earlier this month, the Kings and Clippers were locked up in a dogfight at Staples Center. With Sacramento up one, clinging to a late-game lead, Darren Collison dropped an entry pass down to DeMarcus “Boogie” Cousins, who was posting up Blake Griffin on the left block. Cousins power-dribbled toward the middle of the paint before quickly drop-stepping back the other way and outfoxing Griffin with a textbook up-and-under. It was beautiful big-man basketball, but just as Cousins jumped to shoot, DeAndre Jordan’s help defense arrived and disrupted the shot.

Cousins missed, though he wasn’t done. With the Clippers defense now out of position from scrambling to stop his first attempt, Cousins grabbed the rebound and quickly dropped the ball back in the hoop. In just about four seconds, Boogie logged two field goal attempts, one offensive rebound, and one made basket. He also put the Kings up by three, a lead they would not relinquish.

The act of missing a shot, grabbing your own rebound, and putting it back for two points — we shall call it the “Boogie Board.”

Last year, NBA shooters missed 111,331 shots, but those errant shooters rebounded only 5 percent of their misses. While self-rebounds are generally rare, they’re more common in Sacramento; Cousins is the top self-rebounder in the league. Last year, he recovered 13 percent (78 total) of his misses and also converted those self-rebounds into more points than anybody else. In other words, Boogie led the NBA in Boogie Boards.

The Boogie Board Top Three for the 2013-14 Regular Season:

Cousins is right back at it again this season, which increasingly looks like it’s going to be his breakout year. As of Monday morning, 97 players had missed at least 50 shots, and Cousins led all of them in self-rebounding rate, collecting 16 percent of his own misses. He has also jumped out to an early-season lead in both total self-rebounds (13) and Boogie Boards (5). It’s safe to say that Cousins doesn’t sulk after he misses a shot; he busts his tail trying to recover his losses.

This kind of behavior not only benefits the Kings, it’s also a nightmare to defend. Although the league is full of giant, athletic bigs, few — if any — are as persistent and tenacious as Cousins. As a result, guarding Boogie is one of the most laborious gigs in the NBA right now. Even if you successfully alter his shot and make him miss, your work is nowhere near done. Just ask Serge Ibaka:

Make no mistake: The Boogie Board is by no means the next big thing in basketball analytics — it’s most certainly not — but it does help quantify what makes Cousins so unique. It’s concrete evidence to support his uncommon blend of talent, physicality, and relentlessness. And it’s that last descriptor that is perhaps most central to his distinctiveness as an emerging superstar: The guy does not quit.

Here’s another thing that makes him unique: He gets hacked more than anyone else in the NBA. This season, Cousins has drawn 81 fouls, which ranks first in the league. Dwight Howard is second at 76, but unlike Howard, Cousins can actually turn free throws into points a majority of the time. As of today, he’s shooting 80 percent from the line and scoring eight points per game at the stripe. All of those fouls are further evidence of Cousins being one of the toughest guys to defend in the NBA.

Quite simply, Cousins is one of the league’s most unique and ascendant forces. He’s a top-five guy in points, rebounds, and free throw attempts per 36 minutes. And yet, he still hasn’t earned a true superstar reputation. Perhaps it’s because he plays for a team that’s been absent from the playoffs since 2006. But there’s hope for Sacramento: If anyone in the league is going to suddenly turn a miss into a make, it’s Boogie.