The Bad Quarterback League Scorecard: We’re So Over You, Tim Tebow 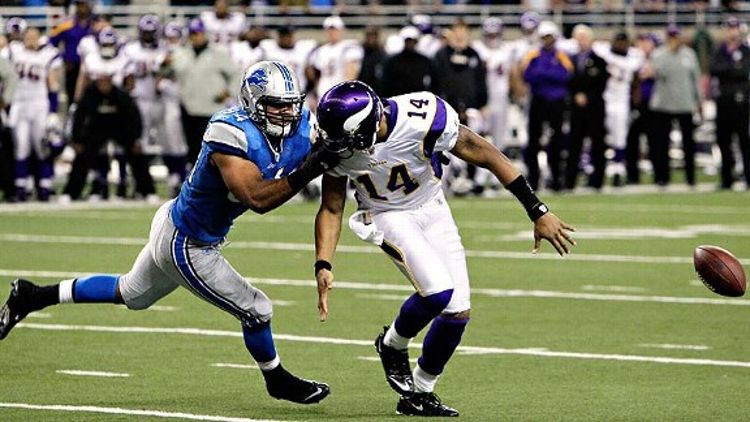 How National Football League playoffs work: Single-elimination head-to-head tournament between the four division leaders and two wild cards from each conference. Conference champions play in a game that was, once upon a time, called the “Super Bowl,” and no one has changed the name since.
Results: The Super Bowl is an overhyped experience wrought with anticipation, planning, and spending that never lives up to expectations on or off the field. It is basically New Year’s Eve with less puking and more finger foods. Wait, unless you are Donovan McNabb, then it just has more finger foods.

How fantasy football playoffs work: Single-elimination head-to-head tournament between the top six or eight teams in the league.
Results: One team manager wins and is owed league fees. Everyone else in the league stops returning phone calls and e-mails from said team manager.

How college football playoffs work: They don’t have them.
Results: Arguments, disappointment, splashy headlines, scandal. Basically, it is a Kardashian divorce.

How BQBL playoffs work: Um … ah … we should figure that out, huh? OK, here goes:

1. Single-elimination tournament
2. Top four teams in the league are in. Everyone else is out.
3. Top four teams in the league protect one team’s QBs on their roster and every other unprotected team in the NFL is available for the playoff draft.
4. Top four teams draft in order of their seed (tiebreaker is total points scored) a new four-team roster for the playoffs. Non-snake draft.
5. Week 16: no. 1 seed vs. no. 4 seed, and no. 2 seed vs. no. 3 seed
6. Week 17: Winners face off in the championship game

I am sure you have questions we don’t yet have answers for, so please send them to triangle@grantland.com and they will be answered in the BQBL reader feedback post.

Before we get too far ahead of ourselves, there were some wonderful disasterpieces from professional football quarterbacks this week that should not go uncelebrated.

Minnesota Vikings (Christian Ponder and Joe Webb), 99 points: Ever fall in love with a small-time band? You go to the shows, you buy the T-shirts, and you feel like you’re part of a little cluster of people who are just like you. It’s the best. There are few things more satisfying than that feeling of belonging to a community, a niche, a subset of like-minded people drawn together to celebrate performance, art, and each other. There are also few things more heartbreaking than seeing that band get more and more mainstream, watching that subset grow more and more into a genre, and feeling that sense of community evaporate.

For BQBLers, Tim Tebow is that band.

Webb got his chance to capture (and then break) all of our hearts Sunday when he replaced Christian Ponder at quarterback. Why did he replace Ponder? I’ll tell you why:

Ponder’s first attempt to drop back to pass: Sacked, fumbles, ball is recovered by Lions and returned in for touchdown.

Ponder’s second attempt to drop back to pass: Interception.

Ponder’s third attempt to drop back to pass: Sacked.

Ponder added another fumble, another interception, and a pick-six to his BQBL score before being replaced by Webb. What did Webb do when he came in?

Third Possession: Drives the Vikings all way to the Lions 2-yard line with :02 on the clock, at which point the Lions decided the only way to stop Joe Webb was to decapitate him. He fumbled during the decapitation process, the clock ran out, and the game ended 34-28 Lions. No flag for the obvious facemask or the blatant decapitation attempt.

Buffalo Bills (Ryan Pickspatrick and Tyler Thigpen), 103 points: Hasn’t Ryan Pickspatrick’s fall from grace been delightful? Remember we were all excited about how Ryan Fitzpatrick’s brain was going to save Buffalo? Yeah, his brain never saved Buffalo, but his ass did end up on the bench. Here at the BQBL, we understand that all interceptions are not created equally; sometimes they are good throws that bounce off lineman or are tipped by receivers, and sometimes professional quarterbacks make throws that are so unlikely to be caught by their own team you can’t help but wonder what they were thinking when they released the ball from their hand. Ryan Pickspatrick’s two interceptions Sunday were very much the latter. Let’s have a listen in on what he was thinking:

Interception no. 1:
Title: Seams Like a Good Idea
What Pickspatrick was thinking: There are three defenders and one wide receiver down the seam there. This is going to be tricky. Maybe I should just bounce it off that one linebacker’s helmet and into my receiver’s hands. That should work …

Bonus Pick! Backup Tyler Pickpen was eventually sent in to throw a ridiculous pick of his own:

Interception no. 3:
Title: Rerouted
What Pickpen was thinking: There is only a minute left, all I have to do is finish the game without throwing a pick. Oh, I can’t remember if he is running a go route or a stop route on this play. Hmmmm, let’s try a stop route.

Tampa Bay Buccaneers (Josh Freeman and Josh Johnson), 84 points: They both play quarterback for the Buccaneers, they both have the first name Josh and they both … wait, I forgot, what else do they have in common? Oh yeah, that’s right, they both threw interceptions this week against the Jaguars. To be fair, Freeman carried the lion’s share of the terrible for the pair of Joshes, but he even didn’t start off bad. He opened the game with a TD drive, then ran one in himself, and had the Bucs cruising at 14-0 over the Jags. Then the wheels came off for Freeman: two picks, his fumble was recovered for a touchdown, and some Tebow-y incompletions had the Bucs down 41-14 with 2:31 left in the fourth quarter and Freeman benched in favor of Johnson. Johnson did not inspire a miraculous comeback the way Joe Webb did. He came in, threw one pass for 3 yards and then an interception on the very next play. This performance officially dropped him to second place in the “Best arm in the state of Florida for a dude named Josh Johnson” race.

Chicago Bears (Caleb Hanie), 32 points: By the second half of this game we started legitimately considering whether the Bears should punt on first down, and we were 100 percent serious. They either need to punt on first down, develop a playbook solely based on baiting the defense into committing penalties, or sign someone with the last name “McNabb” or “Favre” to have a remote chance of advancing the ball without Cutler and Forte. Hanie’s ineptitude at the quarterback position cannot be undersold. He is to throwing forward passes what Verne Troyer is to dunking a basketball.

Miami Dolphins (Matt Moore and J.P. Losman), 38 points: Moore and Losman combined for 155 passing yards, 10 points, two fumbles, one interception, and one fired coach. It was like the BQBL 12 days of Christmas.

Indianapolis Colts (Dan Orlovsky), 38 points: Dan Orlovsky has appeared in 18 professional football games and lost 18 times. Whatever magic Tim Tebow possesses that allows him to will his team to victory … Orlovsky has the opposite.

Oakland Raiders (Carson Palmer), 36 points: After each of his four interceptions, you could see Carson Palmer mumble to himself, “This comeback was cute and everything, but I should have just stayed retired.”