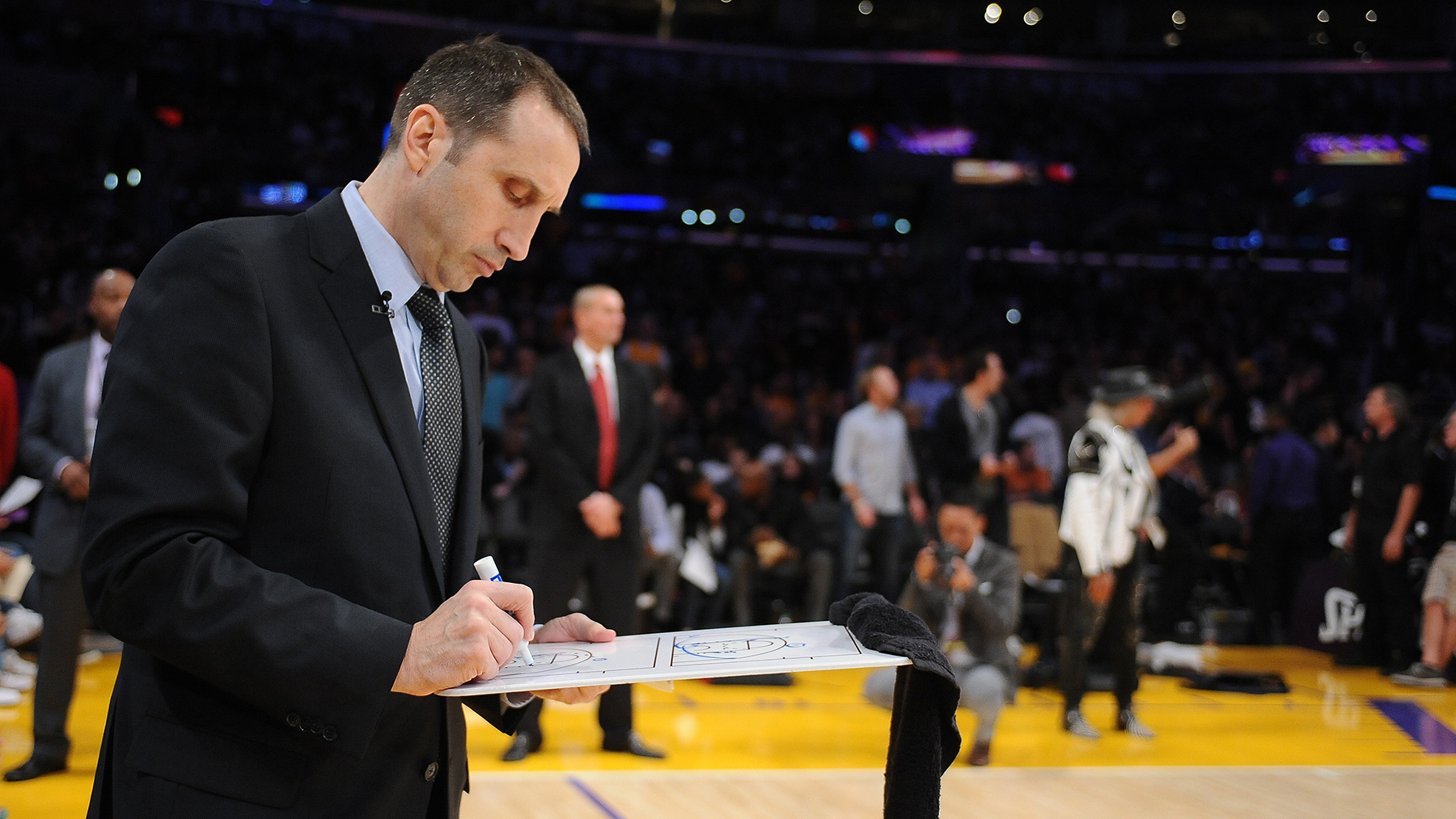 With just weeks to go before the playoffs — and even with the sounds of Kevin Love’s Broken Hearts Club Band forever trumpeting — the Cavs are roaring, alive and well. Sure, there are still whispers of dysfunction. For example, on Tuesday’s B.S. Report, ESPN’s Brian Windhorst revealed how at times this season LeBron James has called a play from the floor that head coach David Blatt will then repeat from the bench. But even if things aren’t perfect in Cleveland, they’re going a lot better than they once were. Blatt must be relieved. Alongside him: large swaths of Jewish basketball-loving fans the world over.

When Blatt was hired, it was an interesting variant on a classic feel-good story: small-town boy makes good. Except in this case, the small town was Tel Aviv,1 and the boy was a 55-year-old fellow who’d spent more than two decades as a coach at Maccabi (an Israeli team), Dynamo St. Petersburg (Russia), Benetton Treviso (Italy), and the national squads of both Russia and Israel. For many Jewish and Israeli American fans like me, though, the through line was much simpler: Here comes our man.

Jews and the NBA have a rich collective history, but that’s predominantly been off the court, as managers, agents, once-mustachioed demigods, bald whiz kids, etc. There have been exceptions, of course — but they’re mostly found sitting on the bench: Larry Brown of Long Beach, New York (in his day, quite a player); Omri Casspi of Yavne, Israel; Jordan Farmar of Los Angeles, California.2 But as with any other proud ethnic group, we seek and embrace continuous representation in all of our historically underrepresented fields. In other words: David Blatt, intentionally or otherwise, would be holding it down for all Jews. This was to be — in a muted, 1,000 times less thrilling way — our version of Linsanity.

But our pleasure over Blatt’s arrival was laced with our familiar nervousness over his highly possible fall from grace. As the league shook with the news of LeBron James’s return to Cleveland, and the Cavs became instant title contenders, the weight of the situation gave me tsuris: Would our little David be able to handle this pressure? As the Cavs lurched and wobbled, I was apoplectic. At any given point in January, it seemed, Blatt’s job was in danger. And Jewish NBA partisans throughout the nation had to contend with dueling allegiances. Generally speaking, bad news that’s not about your team = good news. But here, there were larger implications to consider. We wanted to be represented, and we wanted to be represented well. The question, as always: Was this good for the Jews?

As the Cleveland swoon rolled on, the rumors out of Northeast Ohio took on a rarefied quality. There was talk of Rasputin-style scheming; there were perfectly captured Vines of huddle-based dysfunction. They said player-friendly Tyronn Lue was trying to take the team from Blatt; they said he was calling secret timeouts. And if it had continued? If Lue had had his way? Would he have broken through to the lower ranks of the more minor enemies of the Jewish people — maybe a few notches below, say, Hanukkah villain Antiochus?

Luckily, we never had to find out. LeBron took a rejuvenating two-week sojourn in Miami, where he apparently went to pal around with the ghost of Ponce de León. GM David Griffin put in work, bringing in the stabilizing forces of J.R. Smith, Iman Shumpert, and Timofey Mozgov. Most importantly, of course? David Blatt took the team bowling.

On January 21, as the Cavs were floundering at around .500, the Associated Press was moved to publish a peculiar piece: “Cleveland coach Blatt remains beloved in Israel.” It was anxiety, distilled. A reminder! David Blatt! Still cool with the Jews!

When you bear down a bit, it all gets a bit fuzzy. Israel has a proud basketball tradition, with a serious homegrown league and a local powerhouse — that’d be Blatt’s former Maccabi Tel Aviv — that has won six Euroleague titles. That meant that news of an Israeli head coach in the NBA felt like something between a big step up and the next natural progression for Israeli hoops.

But how about the fact that Maccabi Tel Aviv’s supremacy has been predicated on the employment of fringe NBA guys? The Maccabi GOAT is, um, Anthony Parker. Or how about the fact that Blatt’s not actually Israeli: He was born in the United States and raised in Framingham, Massachusetts. So what exactly are we Israelis proud of? That talented American people got a round-trip El Al flight?

Then again: Those Maccabi rosters are made up mostly of Israeli guys. And Israel has been eking out more NBA prospects (Gal Mekel, take a bow). And look: Casspi is sticking around. As for Blatt? He was over there for decades, he married an Israeli woman named Kineret and had four kids with her, he learned Hebrew. That’s certainly good enough.

The thing is, when you look close enough, identity politics always get a bit fuzzy. It’s perhaps appropriate that, so far, Blatt’s tenure has carried some superficial similarities to that of Erik Spoelstra’s shaky early days coaching LeBron in Miami.

Spoelstra is Filipino on his mother’s side, but when he visited the Philippines in 2009 with NBA FIT, it was his first time back since he was 3 years old. (All this and much more in Rafe Bartholomew’s excellent 2011 piece “Spoelstra in the Philippines.”) He’s since returned regularly and has amassed a fervent national following. That makes Spoelstra’s relationship with the Philippines — like Blatt’s with Israel — complicated but loving.

For now, it’s great to see Blatt at peace, if only somewhat. He’s got LeBron going, enough for him to share lukewarm commendations (“I think he’s great”). He’s got J.R. telling everyone he keeps it 100. The Lue whispers haven’t gone away. And there’s always some kind of joyous dysfunctionality in Cleveland. (The latest hubbub: Kevin Love and LeBron are friends. Or, like, friendly. But they are not best friends.) But the Cavs are winning. And so, relatively, for now, all is well in Cleveland.

Let’s be honest, though: With anything short of a championship, will David Blatt keep his job next year? Who knows? For now, until the picture becomes clearer, the whole thing will continue to give Jews tsuris.