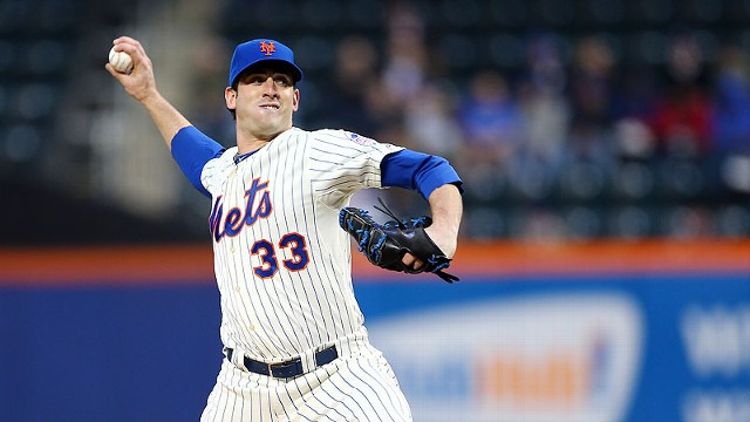 A couple weeks ago, I posted a starting lineup of the most entertaining players in baseball, and Jonah Keri objected to my including only one pitcher, Yu Darvish. Of course, you can have only one pitcher in a starting lineup at a time. That’s how baseball works. But because I crave Jonah’s approval as if he were an aloof and uninterested father figure, I put together what would be the most entertaining pitching staff in baseball: Yu Darvish, plus …

Please, Hernandez’s elbow, don’t blow up. Just please don’t blow up. I’m a sucker for a good sinker. Back in the day, one of my favorite things about baseball was that, once a week, it gave me the opportunity to watch Brandon Webb dive-bomb hitters for seven or eight innings. After the tragic passing of Roy Halladay, King Felix might now be the archetypal no. 1 starter — an enormous dude with a strong fastball, great command, and a long and distinguished list of off-speed and breaking pitches. Not only does the archetypal no. 1 starter have to throw good innings, he has to throw lots of them, consistently. It’s hard to just go out there and carpet-bomb hitters start after start for 220 innings a year. At the moment, it might be down to Hernandez and the next guy.

I’ve been writing about baseball for five seasons now. Whenever preseason prediction time comes around, I pick Justin Verlander to win the Cy Young every time. I have literally never picked another pitcher. I almost didn’t add him because his brilliance is really perfunctory at this point. On Sunday, Verlander took a no-hitter into the seventh inning and I even didn’t turn the game on because it seems like he does that twice a month. “Oh, did Verlander just throw eight innings, strike out 10, walk one, and give up four hits and one earned run? Fascinating. Let me do the Aubrey Plaza eye roll.”

It’s probably irresponsible to throw around “Hall of Fame” for 25-year-olds, but it’s hard not to when a pitcher, in his age 22, 23, and 24 seasons, throws at least 200 innings, strikes out at least 25 percent of the hitters he faces, and posts a sub-3.00 ERA. From a performance perspective alone, Kershaw might already be up there with Verlander and Hernandez, and if he’s not, he will be soon.

But the reason I love watching Kershaw so much is his curveball. Kershaw’s hook is actually his second-best breaking pitch — he uses his slider more often and generates, on a rate basis, more swings and misses with it. But Kershaw’s got one of those big, looping, joke-store yakkers. If a pitcher throws this kind of curveball, you have to assume that he’ll also wear a wig and big shoes and throw a pie in your face if the mood strikes him.

On average, Kershaw’s curveball is 20 miles an hour slower than his fastball, which, one imagines, leaves hitters less inclined to swing at it and more inclined to spend the time between release and strike call wondering if they should have done Teach for America instead of going pro after three years of college. It’s a wonderful, silly pitch.

You want to know how electric Harvey is? It’s not a slam dunk anymore that Stephen Strasburg is the most exciting young starter in the National League. Harvey was an exciting prospect in the high minors, but since joining the big club, he’s turned into something more than that.

There are some great finesse pitchers in the game, and Harvey is not one of them. His two main weapons are a fastball that he can crank up to 97 if he wants to and a high-80s slider that resembles nothing so much as one of those curving bullets from the trailer for Wanted. (Because they didn’t actually make that movie, right? James McAvoy rediscovered his dignity and demanded that all copies be destroyed before the theatrical release. Let’s just assume that’s what happened.) There’s not a whole lot of complexity to Harvey’s game, but you need to watch it, because you’ll find yourself making animal noises.

But if you want to see a finesse pitcher, Lee’s as good a choice as any. His delivery’s got that pseudo-Lincecumian back lean to it, and he works very quickly on the mound, which is nice for fans who want to see the game move along.

But the draw with Lee is his command. You’ll sometimes hear the distinction made between control (throwing strikes) and command (throwing the ball where you want it to go), and Lee might have the best command of any pitcher in the game right now. I’m not sure that Fanatico’s Dustin Parkes is the first person to put it this way, but he’s the person I remember hearing it from: Whatever Lee throws, the catcher doesn’t have to move his mitt. His command is that good. It’s not like he doesn’t have good stuff, too, but with Lee, you show up at the ballpark, watch a man throw a baseball exactly where he wants it to go 105 times, then you go home.

It is said that one can’t become an effective starting pitcher without at least three pitches. Well, according to Brooks Baseball, Cingrani throws his fastball 83 percent of the time, so it looks like he’s out to at least prove that there are exceptions to that rule.

Here’s the weird thing about Cingrani — you won’t watch him pitch so much as you’ll stare at him and wonder how what looks like a really slow arm action generates low-90s velocity on that fastball. When Craig Kimbrel reaches back for the heat, you know where it’s coming from. But, at least to the naked eye, Cingrani looks like he’s about to lob it to the plate. Then the ball just kind of goes *poof*, and all of a sudden it’s in the catcher’s glove.

We’ve pretty thoroughly beatified Aroldis Chapman at this point, so you’re probably familiar with his killer slider and the 105 mph fastball he threw in the playoffs a couple years ago. You’re probably familiar with the absurd season he had last year, and the tremendous potential he has to become something more than a one-inning closer — either a starter or a dominant multi-inning weapon out of the bullpen.

And you’re probably aware of the stubbornness — both his own and the Reds’ — that’s keeping that from happening.

The break on Chapman’s slider is nearly as eye-popping as the numbers he puts on the radar gun, but the best thing about him is his delivery. It’s a series of long, looping, graceful motions. For all the athleticism it takes to hit a strike zone at 100 on the radar gun, pitcher windups are often high-effort or herky-jerky, exhibiting obvious exertion. Chapman kind of twists himself up and unwinds, like a medieval siege weapon. In his own way, Chapman is just as distinctive as R.A. Dickey.

Here’s a tip: If you’re going to a Royals game, just hang out at the bar and don’t go into the stadium until about the seventh inning. Because James Shields is good and all that, but Kansas City’s Legion of Fireballing Munchkins doesn’t start showing up until later.

Last year, Herrera’s fastball was the sixth-fastest pitch in the game on average, faster than Kimbrel and Jason Motte’s, and not too far off Chapman’s. So far this year, he’s faster than anyone else. That might not last, but his heater is firmly entrenched in the blink-and-you’ll-miss-it range. And when you throw that hard, you can throw an upper-80s changeup. Who doesn’t love a good changeup?

Partnering with Herrera in the setup role is the 5-foot-7 Collins, a fastball-curveball-changeup lefty who, because of his height and fastball velocity, dares you to compare him to someone other than Billy Wagner. Collins, who also possesses an exquisite beard, throws in the mid-90s and, for his career, strikes out a little more than a quarter of the batters he faces.

And that leaves Holland, 5-foot-10, who mixes a mid-to-high 90s fastball with a slider that generates swings-and-misses on 51 percent of swings. Or, in an open nose-thumbing at how statistics work, roughly what you get when you add Adam Dunn’s whiff percentage last year to Justin Smoak’s.

I love these guys — they’re like the Happy Meal–sized version of that awesome 2002 Angels bullpen.

NBA Teams: Find Your Coaching Retread Before It's Too Late!