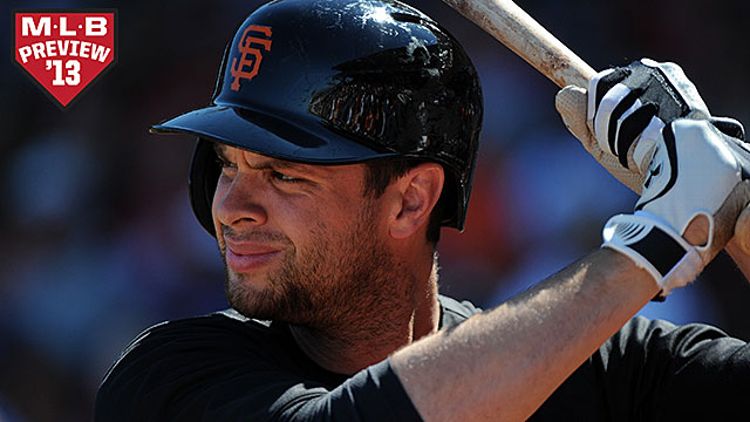 The San Francisco Giants are bringing back the same starting lineup that won them last year’s World Series. The starting rotation is exactly the same. Of the 25 players projected to make the team’s Opening Day roster this year, 22 were also Giants last year. The only three that aren’t: a utility infielder, a backup outfielder, and the seventh man in the bullpen.

It’s easy to see why. In leaving nearly the entire 2012 roster intact, the Giants are putting their faith not only in a group of defending World Series winners, but also in one of the youngest collections of position players in team history. At an average age of 27.6 years old, the 2012 Giants were younger than any team in franchise history since the 1986 club, whose position players averaged 26.8 years old. A year after that ’86 team took the field, the Giants won their first NL West title in 16 years. It was also the eighth-youngest group of position players in baseball, with five of the seven younger teams in the middle of major rebuilding projects.

Still, for all the talent and youth that the 2012 Giants had, maybe going all out to bring everyone back — including 31-year-old Angel Pagan on a four-year, $40 million deal and Marco Scutaro up to his 40th birthday — wasn’t a great idea. Maybe trying to keep the whole gang together leads to complacency. Maybe leaving most everything unchanged brings on a nasty case of regression to the mean. Or maybe striving for continuity leads to horrific errors in judgment, like the two-year, $22 million deal these same Giants gave Aubrey Huff after the 2010 World Series.

To sniff around on this theory, we pulled the rosters for the 20 most recent World Series winners, then looked at each team’s roster the following season. Using the top 14 position players and top 11 pitchers by playing time, how many of those players returned for the following season? (We also included each team’s average batter and pitcher age for context.)

Let’s knock out a couple of teams first. We can’t scrutinize the 1993 Jays, since the following season ended in … well, you know. We should cut the 1997 Marlins, too, since Wayne Huizenga specifically built a team geared to win a World Series by making a series of expensive moves for veteran stars, only to tear it all down before the ticker tape had been swept off the streets.

That leaves a total of 18 teams. On average, those teams lost about four more games the year after winning the World Series, which makes sense given how unlikely and how extreme an event it is for any one specific team to win it all. The team that retained the most top-25 playing-time players after winning the big one was the 1998 Yankees, who held onto 22 of 25 bodies. That team also suffered the second-worst year-after fall, losing 16 more games in 1999. The 2002 Angels were nearly as conservative after their first World Series title in franchise history, keeping 20 of their top 25. Dig a little deeper and you find that the Halos lost only one player of any significance from the team that blazed through that year’s playoffs: fourth outfielder Orlando Palmeiro. When Rob Neyer asked then-Angels general manager Bill Stoneman how he felt about bringing back pretty much everyone except its fourth outfielder, Stoneman didn’t fret over any potentially negative year-after effects; he said he was disappointed that Palmeiro signed somewhere else. After winning 99 games in 2002, the next year’s Angels won just 77 games, the single biggest drop in our data set.

Overall, though, the results don’t tell us all that much. The 2007 Red Sox and 2008 Phillies both carried over 21 players into the following season. On top of that, the Red Sox carried the third-oldest group of pitchers and the seventh-oldest group of batters of the 18 teams surveyed, with the Phillies coming in fifth and eighth. Both teams played pretty much identical baseball the next year, the Phillies winning one more game the following season, the Red Sox one fewer. If we lock in on exceptionally young teams, the 2003 Marlins had the youngest group of pitchers (average age 26.3) and hitters (27.7) of the 18 teams, yet won eight fewer games the next year. Then you remember Jeffrey Loria carrying on the Wayne Huizenga tradition by bringing back just 15 of his top 25 players after the World Series, which helps explain the Marlins’ eight-win fall in 2004. The 1995 Braves went a more traditional route, returning 20 of 25 while carrying the second-youngest group of pitchers and hitters, as the team was five years into its incredible run of 14 division titles in 15 years. Befitting its excellence during that era, Atlanta actually won six more games in 1996, tied for the second-best year-after result (the 2000 Yankees carried the oldest pitchers and second-oldest pitchers, but also ditched nine of their top 25, then won eight more games in 2001).

Slot the Giants into the table above and they show the second-youngest group of position players, a hair behind the ’03 Marlins. And while the pitching staff’s age may lie closer to middle of the pack, a closer look is instructive. The 2013 Giants’ best players, and the ones on whom they’ll rely most heavily, are all on the good side of 30. An older situational reliever on a short-term deal like Javier Lopez (35) skewed the average pitcher age a bit. Meanwhile, the team’s top three starting pitchers are Matt Cain (28), Madison Bumgarner (23), and Tim Lincecum (28) — granting that Lincecum struggled in 2012 and Ryan Vogelsong continues to defy the baseball gods with his incredible late-career comeback at age 35. Among Giants position players, Buster Posey was not only team MVP, he was also NL MVP last year … and he turns 26 in two weeks. And while Angel Pagan out-WAR’d him last season, it’s probably safe to call Pablo Sandoval the team’s second-most valuable position player going forward, especially if you consider playoff results, and especially age (also just 26).

Giants manager Bruce Bochy, for one, is taking the optimistic view over his team’s laissez-faire strategy, including re-signing Pagan, Scutaro, and key lefty reliever Jeremy Affeldt.

“This team played well together last year; it’s a group that really came together,” the Giants skipper said before Tuesday night’s game. “It’s a talented group, too. We had a couple of needs, one in center field, one at second base. It just so happened our two guys were free agents. We thought they were the best out there, so we were going to do all we could to get ’em back here. Our bullpen plays such a critical role in our success, and Affeldt is a big part of that. He [gives] you valuable innings, he can pitch in the ninth, you get to keep that versatility you like, and he has great resilience, too. I think as much as anything, we thought a lot of these players, of their talent, and Brian [Sabean] did a terrific job in bringing them back here.”

The key to offsetting a year-after hangover could be getting breakouts from some of the Giants’ younger players. Twenty-six-year-old Brandon Crawford begins just his second full season as an everyday player, having already established himself as one of the best defensive shortstops in the game. Crawford’s minor league offensive numbers were never anything special, but Bochy sees potential for more, especially after Crawford’s respectable .260/.327/.370 second half last season. The other best bet for a breakout is Brandon Belt. Unlike Crawford, Belt does have a history of impressive offensive performance, having hit an incredible .343/.457/.596 in 825 career minor league plate appearances — albeit while playing in some extremely favorable hitter’s parks and leagues. Held back partly by AT&T Park’s power-suppressing confines, Belt hit a reasonable but unspectacular .275/.360/.421 in his first extended crack at everyday duty.

Heading into his age-25 season, Belt has aging curves and MLB experience trends working in his favor. As for a potential power breakout, he believes you have to take a broad view when it comes to production.

“Power is one of those things that comes when you get more comfortable at the plate,” he explained before heading out for batting practice. “Last year I didn’t give myself much of a chance to do that. I started figuring out some stuff later in the season, and that’s when stuff started to take off. But as far as power goes, for me, power numbers also include doubles and triples. If I can do that, and just drive in runs, I think that’s my main goal. If I get home runs, that’s kind of a bonus.”

That and recognizing what AT&T Park is: a stadium that suppresses hitting in general, but is especially brutal on home run hitters: Partly due to lacking an army of boppers but largely because of their stadium, the Giants hit a major league-low 31 homers at home last year.

“You definitely have to make adjustments depending on the ballpark, and in ours you just have to hit line drives,” Belt said. “That bodes well for me, because I’ve always been more of a line-drive hitter [25.6 percent line-drive rate in 2012, 10th-best among the 171 hitters with as many at-bats last year]. If you hit it in the air, it’s going to get knocked down, either by the wind or the dead air or the cold, it’s going to get knocked down. So you really have to focus on hitting those line drives.”

The Giants will hope for even more line drives this year, and maybe a few more balls over the wall, too. For a team that’s betting it all on standing pat, the biggest changes will need to come from those who’ve already drank the champagne.

Thanks to Blake Murphy for research help on this article.

Stray Shots: Examining the Lakers in a Post-Kobe World, the Knicks' (Barely) Walking Wounded, and the Continued Genius of Marc Gasol