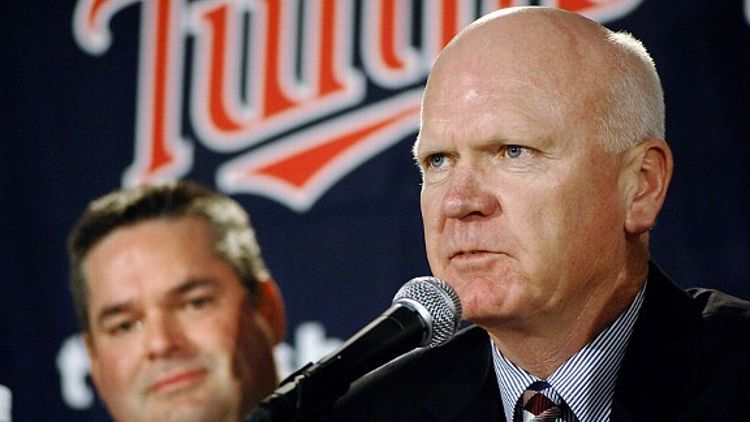 The Minnesota Twins fired Bill Smith earlier this week, after just four seasons as the team’s general manager. It was a remarkably quick trigger for the team more resistant to change than any other in baseball. No worries, though. They just brought back the guy he replaced and called it a day.

That Terry Ryan has returned as Twins GM, even on an interim basis, is a typical move for a franchise that places such a high value on loyalty. When Smith took the job in 2007, he replaced Ryan, who’d been the Twins’ GM for 13 years. Ryan had replaced Andy MacPhail, who ran the club for nine years. When the Twins canned Smith, they didn’t have to look far to find Ryan. He’d never left, staying on as senior advisor to the GM, the baseball lifer sticking with the team that made him a 35th-round draft pick nearly 40 years ago. As his first act, Ryan brought back former Twins exec Wayne Krivsky with the title of professional scout and assistant to the general manager. If Ryan doesn’t advance from the interim title, you get the sense that Mike Radcliff, the (very capable) Twins VP of player personnel who was denied the right to interview for the Orioles GM job, could be next in line.

This is all so very Twins. The legacy of longtime GMs aside, Ron Gardenhire has spent 10 seasons as Twins skipper, following an 11-year run as a Twins coach. Gardenhire replaced Tom Kelly, the Twins manager for more than a decade, whose own big league playing career lasted a grand total of two months … with the Twins, of course. The Braves might be the only team to rival the Twins for continuity, with John Schuerholz still in the front office after more than two decades and Bobby Cox having overseen the team’s entire run of 14 division titles in 15 years. But even Atlanta can’t match Minnesota’s lack of change at the highest level: Jim Pohlad is the Twins’ principal owner, replacing his dad, Carl Pohlad. The 2012 season will be the Twins’ 29th year under the Pohlads.

When the Twins announced that Ryan would replace Smith, some wanted to know why the Twins insist on sticking with the old guard, and why they’ve never so much as sniffed an analytically oriented GM in their history, let alone employed a pack of twenty- and thirtysomething analysts that so many other teams use to crunch numbers and inform personnel decisions.

Because the old way has worked, that’s why.

Like the Braves, the Twins lean heavily on the opinions of scouts, drafting high-ceiling talent, nurturing those players through the system, then banking results at the major league level. The Twins won two World Series under MacPhail and Kelly. They made the playoffs four times in five years under Ryan and Gardenhire. Criticize the Twins’ lack of Moneyball buy-in in their player acquisition methods, or Gardenhire’s maddening small-ball tendencies all you like. When you win and win on the cheap, the end does, for the most part, justify the means.

Though the Twins did win two more division titles under Smith in 2009 and 2010, those teams were largely built during the Ryan era. Meanwhile, Smith repeatedly struck out with the deals he made. Ryan did leave his successor in a bad spot after the 2007 season, with Torii Hunter about to leave via free agency and pitcher Johan Santana on the trading block. But Smith didn’t help himself any. The return for Santana was perceived as a disappointment then, and Deolis Guerra, Kevin Mulvey, Carlos Gomez, and Philip Humber haven’t exactly redeemed themselves since — certainly not while wearing Twins uniforms. Trading Matt Garza and Jason Bartlett for the toolsy but deeply flawed Delmon Young hurt the Twins and also set the stage for Tampa Bay’s 2008 pennant-winning team, one of the unlikeliest success stories baseball had seen in years. Ditching J.J. Hardy? Ouch. Dealing top catching prospect Wilson Ramos for a Matt Capps rental? Double ouch. There were some shrewd moves, with players such as Carl Pavano, Jim Thome, and Orlando Hudson signing cheap and putting up solid numbers. But Smith’s failures on the big deals ultimately did him in. That, and the Twins losing 99 games in 2011, their worst result in 29 years.

The moves that bode worst for the Twins’ future are the on-field signings made out of that same sense of loyalty. Joe Nathan was an elite closer when the Twins gave him a four-year, $46$47 million contract. But you don’t give any reliever that kind of money, ever, unless his name is Mariano Rivera. Joe Mauer was one of the top five players in the game when the Twins handed him an eight-year, $184 million contract. But even if Mauer’s recent breakdowns were unexpected (and unexpectedly fast), we had reams of data telling us that catchers aren’t built to last, let alone that Mauer didn’t have much pop for a player getting $23 million a year. You could still debate the merits of the Mauer contract at the time. One angle no one debated, though: The Twins liked their guys, and, as ever, they wanted to keep their guys. Now they’re stuck with a giant albatross in Mauer’s contract after watching Nathan make $22.5 million the past two years to throw 44 innings.

And yet … it seems history is repeating itself. Here’s what ESPN’s Buster Olney wrote regarding the motivation for Smith’s firing:

It’s possible that Michael Cuddyer’s situation inflamed the discussion about how the Twins had gotten away from a strong internal culture — for which Cuddyer has been viewed as a keeper of the flame. The fact that Cuddyer may be ready to leave the Twins, amid concern over a drift of priorities, caught the attention of some decision-makers within the team’s hierarchy.

Really? Michael Cuddyer?! The guy who turns 33 in March, the defensive sieve who put up three-win seasons in 2009 and 2011 … wrapped around replacement-level performances in 2008 and 2010? The supposed run-producer who has hit just .264/.326/.433 vs. right-handed pitching for his career? That Michael Cuddyer? That’s the reason you fire Smith, at this late date no less, thus becoming the first team to fire its GM in November since 1950?

Let’s not diminish the concept of continuity too much. The Dodgers Way worked. The Orioles Way worked. The Braves dominated for far longer than any team should in the free-agency era. And yes, the Twins have had more than their share of success.

But there’s a way to keep your core team-building tenets without harming yourself in the process. Try a sprinkling of analysis, on the field and off. Reward employees for hard work, but maybe reach for a little fresh blood, too. And when the time comes to consider million-dollar deals, consider factors beyond the hassle of changing a locker nameplate.

The Twins can get back to their winning ways by sticking to the methods they know. Just maybe enter the 20th century, if you’re not quite ready for the 21st.

Eds. Note: This post has been updated to remove a reference to Twins blogs and the response to this move on Twitter.

Previously By Jonah Keri:
Cleveland Indians, Worms’ No. 1 Enemy
Polarizing Trade For Two Deep Sleepers
Five Tips To Get The Cubs On Track
Canadian Sports Anchor’s Kent Brockman Moment
Farewell, Frank: Dodger Faithful Have Reason to Rejoice
Are the Cardinals the Most Unlikely Champions of All Time?