T.J. Warren and the Demise of the Short Jumper 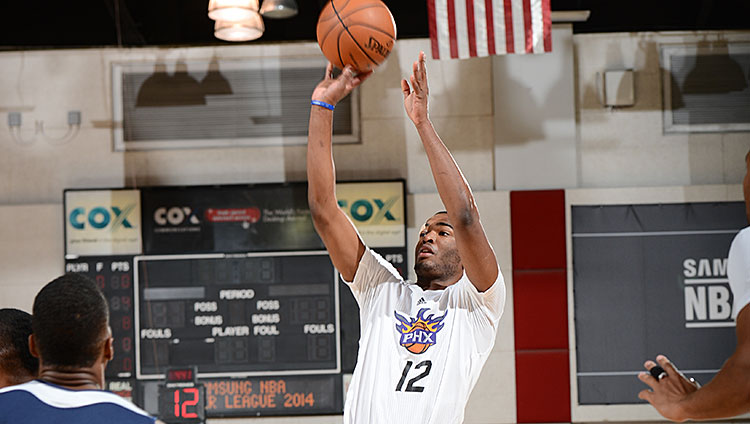 Last week, in the arid Vegas desert, I saw the steal of the 2014 NBA draft. Phoenix’s T.J. Warren lit up the night against Philadelphia, scoring 28 points on 12-of-22 shooting. The next day, against Minnesota, he put up 26 points on 11-of-18 shooting. Warren was dominant, but as strong as those performances were, questions still remain about his ability to perform in the real NBA.

The Suns selected Warren, the ACC player of the year and third-leading scorer in Division I last season, with the 14th pick of the draft. Despite his obvious scoring prowess, it’s how and where he scores that make him so intriguing. Warren is a true throwback, scoring in ways and in places that the league has largely forsaken.

In the time of the 3-and-D wing, the stretch 4, and the attack guard, Warren’s game is a time machine — he’s the kind of player who ruled the court before the 3-point shot. At times, he looks like Bernard King, a comparison I’ve heard from no fewer than three people in the last week.

Watching Warren play and thinking about King makes you realize how much the game has changed. King was masterful in an area you might call the inner midrange, the 2-point areas between four and 16 feet from the basket. It’s a highly defended court space in which only truly skilled athletes can score effectively. Warren is one such player, and he enters the league looking confident, athletic, and in possession of a freakishly soft and effective short jumper.

During the 2013-14 regular season, 78 NBA players attempted at least 150 shots between four and 16 feet. Only two made more than half of their attempts: Dwyane Wade and Dirk Nowitzki. Last year at NC State, Warren made just more than 50 percent of his 183 attempts from that same range. That may seem like an obscure stat, and in the 3-point era it kind of is, but looking at the list of top shooters in that inner midrange zone should still encourage Suns fans. 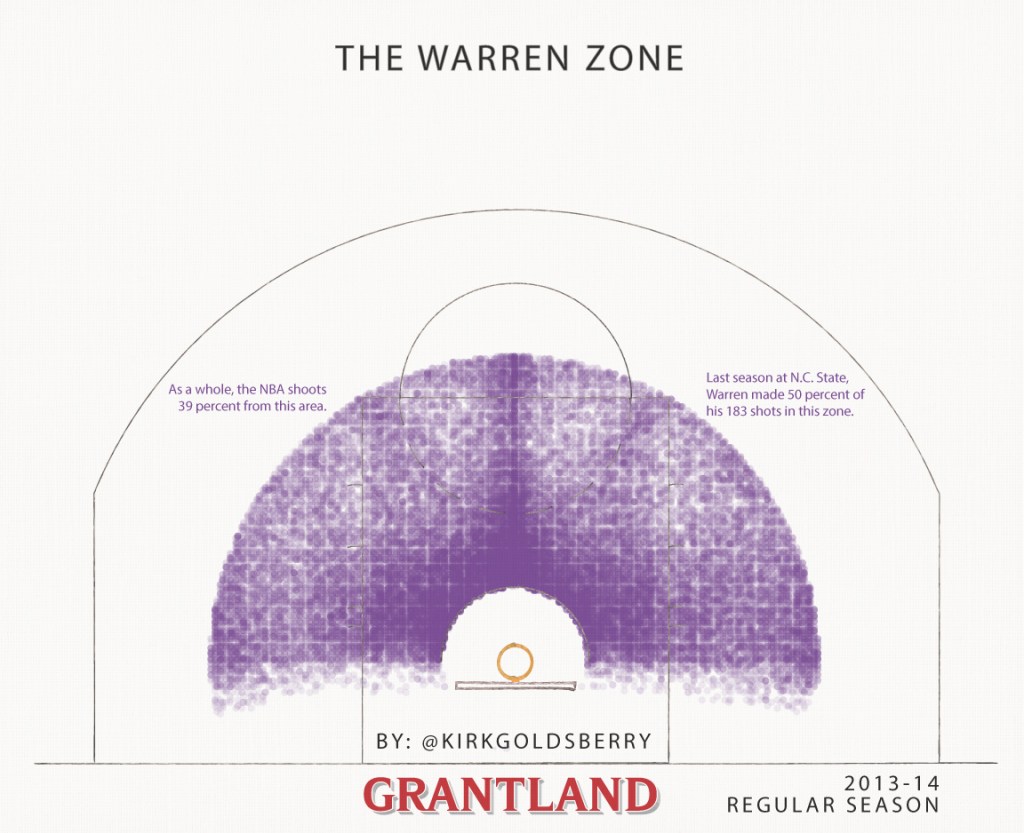 Last season, Warren was not only great in that inner-midrange area, he was also terrific near the rim. 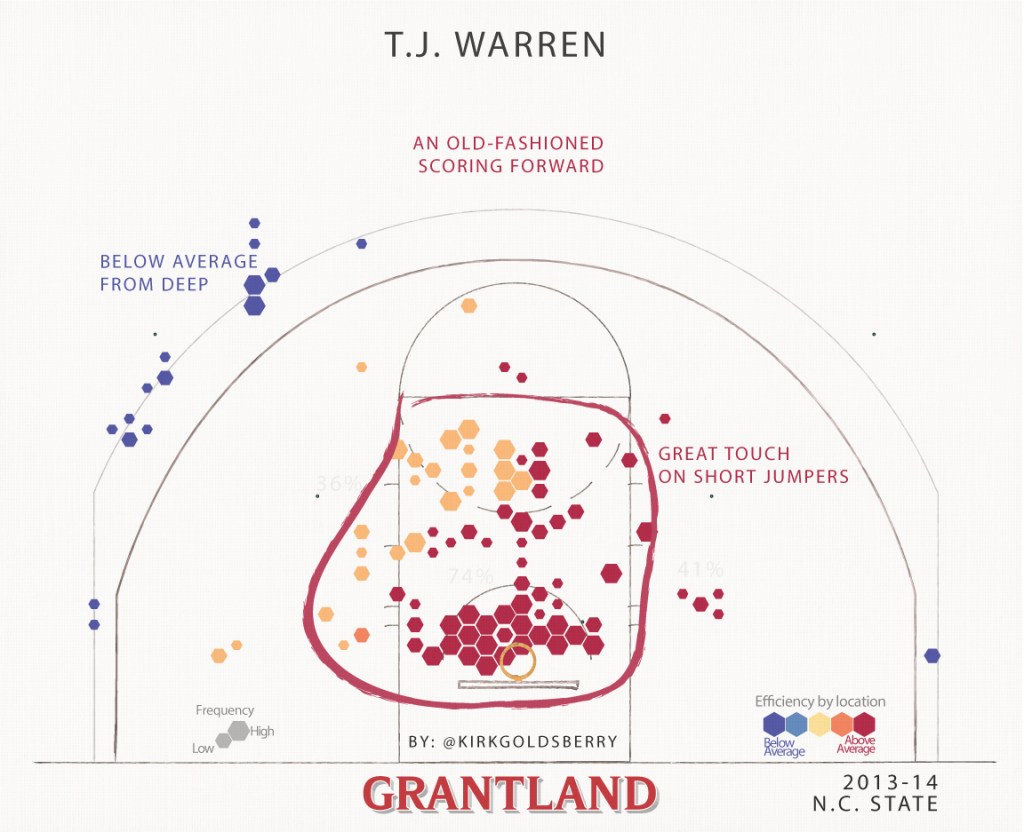 Still, college is one thing, and the NBA is another. Real doubt persists about Warren’s ability to score going forward. He will face a much more dominant tier of interior defenders on a nightly basis. The league is chock-full of long leapers and hulky beasts who are the best in the world at obstructing the exact kinds of shots that he lives on.

Furthermore, as the league migrates to a perimeter-oriented brand of basketball, the midrange game is becoming less relevant.

Here’s the sad part: The 3-point line has eroded the value of players like Warren. It’s sad because scoring like King used to do requires equal parts intellect, athleticism, and practice. It’s pure basketball. Hitting a left shoulder half-hook over Roy Hibbert is the equivalent of blowing a fastball past a cleanup hitter; fooling Tim Duncan with a savvy up-and-under is akin to freezing Miguel Cabrera with an off-speed pitch. Unfortunately, given the way the league is trending, those skills have diminishing value, and guys who can do that are essentially like cinematographers who prefer to shoot in black and white.

The truth is that even the world’s best inner midrange shooters offer only marginally more scoring value than an average 3-point shooter. Not only is the league taking more 3s (and fewer midrange shots) than ever before, but rosters and salaries are beginning to reflect these trends. As a small forward trying to find a place in today’s NBA, it doesn’t bode well for Warren that he made just 17 of 88 shots (19 percent) beyond 16 feet last season. For him to maximize his value, Warren will not only have to continue his success close to the hoop, he’ll also have to improve both his frequency and his efficiency out on the perimeter.

Whether it was intended or not, the league’s growing infatuation with long-range shots must have a casualty. You can’t be the King anymore.

Perfect MLB Trade Fits: Player/Team Pairings That Would Be As Satisfying As a Pumpkin in a Fruit Basket