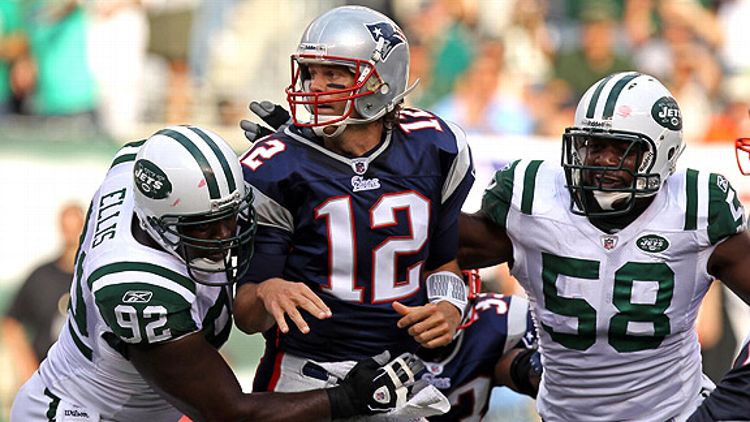 Hey you, yeah you with all the disposable income. You know what stimulates the economy? Casual sports gambling! But we’re not throwing you in the deep end without some floaties, here. The Triangle has contracted two of Vegas’ most astute handicappers to help you navigate the choppy waters of gambling, going into this fifth weekend of the NFL season. Here’s what they had to say.

New Orleans/Carolina OVER 51
The Saints actually left a ton of points on the board last week, while accumulating over 500 yards against Jacksonville. With almost limitless weapons, the Saints will score big against a Panthers defense with many issues. While Panthers rookie sensation Cam Newton hasn’t been pointspread gold for his Panthers, he’s been gold for his OVER bettors.

New York Giants/Seattle UNDER 43.5
In miraculous fashion the Giants put 31 points on the board last week; however this offense isn’t close to being that solid consistently. In fact, with a banged up receiving core and an offensive line still trying to find their way, the Giants offense is below average. In addition, this is a bet against Seattle quarterback Tavaris Jackson on the road without laying 10 points.

Detroit/Chicago UNDER 47.5
This Bears offense is just plain bad, and it seems to go unnoticed with their strong special teams. The Lions coaching staff is smart enough to understand to keep the ball away from Devin Hester on special teams, while the Lions defensive line against the Bears offensive line is a complete mismatch. Meanwhile, the Lions offense is a bit too one-dimensional against an above average stop unit.

Now 8-4 on the season, let’s sweep the board this week.

Philadelphia at Buffalo OVER 49 1/2

The Eagles have the ability to score fast and often with talented skill position players. They are averaging a whopping 240 yards in first-half action. The problem has been a defense that has permitted 24, 29 and 35 points the past three weeks. Philadelphia road games have surpassed the posted total at a 7-0-1 clip. Buffalo was slowed by a solid Cincy defense last week but that won’t be the case here. After starting the season with 41, 38 and 34 points we’ll see another offensive breakout.

Tampa Bay at San Francisco UNDER 42

Short week of preparation for the Bucs to go along with a long travel schedule. Last year at this venue Tampa won 21-0 in this same total range. San Francisco has surpassed the posted total three of four weeks, but two of those games featured opponent collapses and the third had back-to-back return touchdowns from the kicking game. 49ers have yet to surpass 24 offensive points in any game.

Jets offense is averaging 28.6 points per game the last six outings. With center Mangold returning this week, expect much better protection for Sanchez. The last 11 road games for the Jets have surpassed the posted total. New England has gone over in eight of their last nine home games. The Pats have scored 30+ now in 12 straight games. The NY defense isn’t the same as the units from the past few seasons.

In Which Two Yankees Fans Completely Unravel Over E-Mail