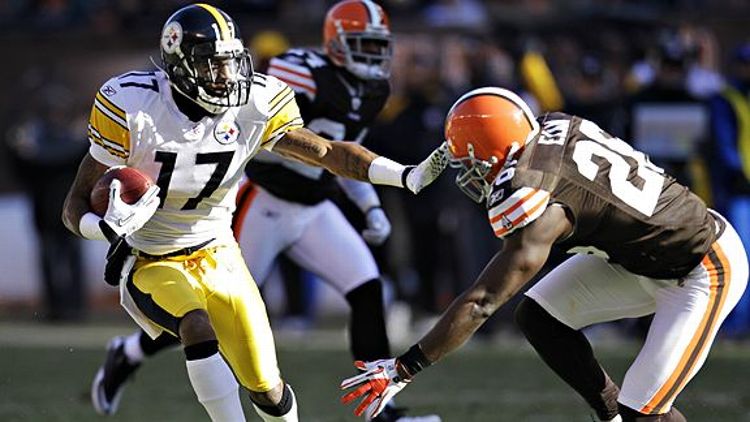 Hey you, yeah you with all the disposable income. You know what stimulates the economy? Casual sports gambling! But we’re not throwing you in the deep end without some floaties, here. The Triangle has contracted two of Vegas’ most astute handicappers to help you navigate the choppy waters of gambling, going into this third weekend of the NFL season. Here’s what they had to say.

New Orleans UNDER 53
Yes, we have two high-powered offenses in this game and two teams known for their offense, but … Houston is trying to hang their hat on the defensive side of the football this year with new respected defensive coordinator Wade Phillips. The Texans most likely will be the most-improved defense in the AFC this season. Last year, the New Orleans Saints were extremely banged-up at the running back position, while they’re much better suited to the run game this season with Pierre Thomas, Mark Ingram, and Darren Sproles to keep the chains and clock moving.

Pittsburgh Steelers/Indianapolis Colts OVER 39
Keep an eye on the Steelers deep passing game with Mike Wallace and Antonio Brown, the Steelers are certainly more of a passing team than running team this season. Meanwhile, the Colts will be desperate for this game and their quarterback situation is in such rough shape that short fields and defensive touchdowns become part of their handicap. Expect another high-scoring Sunday night game.

San Francisco 49ers/Cincinnati Bengals UNDER the total 40.5
The 49ers are a dead UNDER team! But, how can they be 2-0 to the OVER? It’s called randomness … The 49ers have gained 206 and 209 yards in their first two games. That should equate to roughly 26 points, however they’ve scored a combined 57! Coach Jim Harbaugh has kept his team very conservative and in their first road game expect more of the same. Meanwhile, the Bengals and rookie quarterback Andy Dalton were flying high in Denver, scoring 22 points last week … wait, the Broncos were missing arguably their three best defensive players on an already-suspect defense …

San Francisco at Cincinnati UNDER 40 1/2
Both teams feature quarterbacks with limited down-field games. Cincinnati was less than impressive offensively against Cleveland and Denver, two teams with defensive concerns. San Francisco’s defense is the best unit on the field and they will play a conservative game plan.

Houston at New Orleans OVER 53
Texans put up 34 opening day in the dome in Indianapolis, and have the ability to keep the Saints on edge here. Houston defense is improved, but big step up here after facing two mediocre at best signal-callers. Saints off back to back 30+ efforts against better defenses than they will see on Sunday. Two elite quarterbacks trading points.

Green Bay at Chicago UNDER 46
History of low-scoring games in Chicago with totals of 37, 35, 37, 42 and 33 the past five seasons. Playoff revenge for the division-winning Bears, who were left in the shadows by the Super Bowl champions. Green Bay opened the season against offense first squads in New Orleans and Carolina, big step up defensively here. Highest-scoring game in last 10 meetings overall was 47 points.

Previously in This Series:
Week 1
Week 2