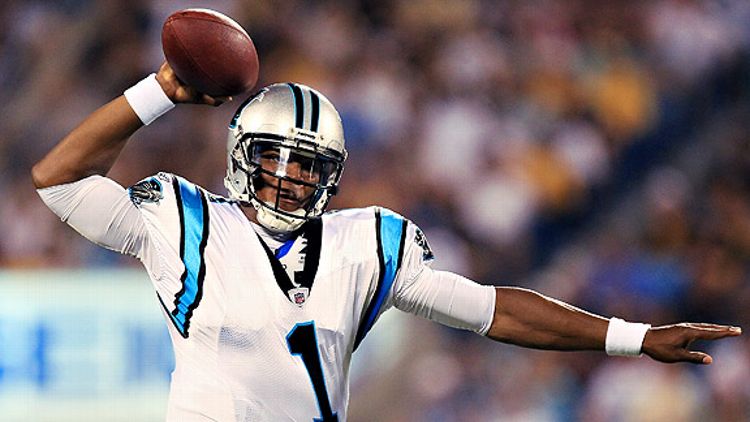 Hey you, yeah you with all the disposable income. You know what stimulates the economy? Casual sports gambling! But we’re not throwing you in the deep end without some floaties, here. The Triangle has contracted two of Vegas’ most astute handicappers to help you navigate the choppy waters of gambling, going into this second weekend of the NFL season. Here’s what they had to say.

Green Bay Packers at Carolina Panthers: Over 45.5
The Panthers offense looked much improved last week, and with Cam Newton the scoreboard will be more home run hitting. Meaning he’s going to make big plays, but give up big plays as well. Meanwhile, the Packers offense and especially the use of their hurry-up offense is just too much for the Panthers to handle. The loss of linebacker Jon Beason a huge minus for the Panthers defense moving forward.

Baltimore Ravens at Tennessee Titans: Over the total 38
This Baltimore offense is much improved. We’ve been waiting for quarterback Joe Flacco to take a monster step forward and 2011 could be the year. Their offensive line is really solid, and the addition of Lee Evans to stretch the defense is super important. Just ask Ray Rice … The Titans won’t have stud running back Chris Johnson under wraps this week, and he’ll break a big run or two. Quarterback Matt Hasselbeck will have this offense moving at a fast-tempo this week.

Indianapolis Colts +2.5 v. Cleveland Browns
Week 2 is generally just a fabulous week to take teams to bounce back after being embarrassed in Week 1. You could certainly argue for both teams under that profile in this contest. However, the Colts were out of the game early last week with two quick turnovers. Cleveland as a road favorite just doesn’t make sense right now with new schemes on both sides of the football, and one of the youngest teams in the NFL with their average age of 26 years old.

Tampa Bay Buccaneers at Minnesota Vikings: Under 41 ½
Both teams best options are on the defensive side of the field. In six of eight road games last year, the Bucs held the opposition to 21 points or less. Not many passing options for the Vikings.

San Diego Chargers at New England Patriots: Over 53
Two elite quarterbacks mean you don’t settle for field goals. New England 11-5 towards the over as a single-digit home favorite. Patriot home games last year averaged 53.6 points, and that included games against the low-powered offenses of Cincinnati, Buffalo, Minnesota and Miami.

Philadelphia Eagles at Atlanta Falcons: Over 49
Two elite quarterbacks with talented receivers. Michael Vick with something to prove, and is likely to have a big game. After managing just 12 points last week against Chicago, we look for Matt Ryan to step it up big time on Sunday. Total likely to rise with this being the SNF game.

Fantasy Fantasy Football: A Look at the Experts' Week 1 Picks