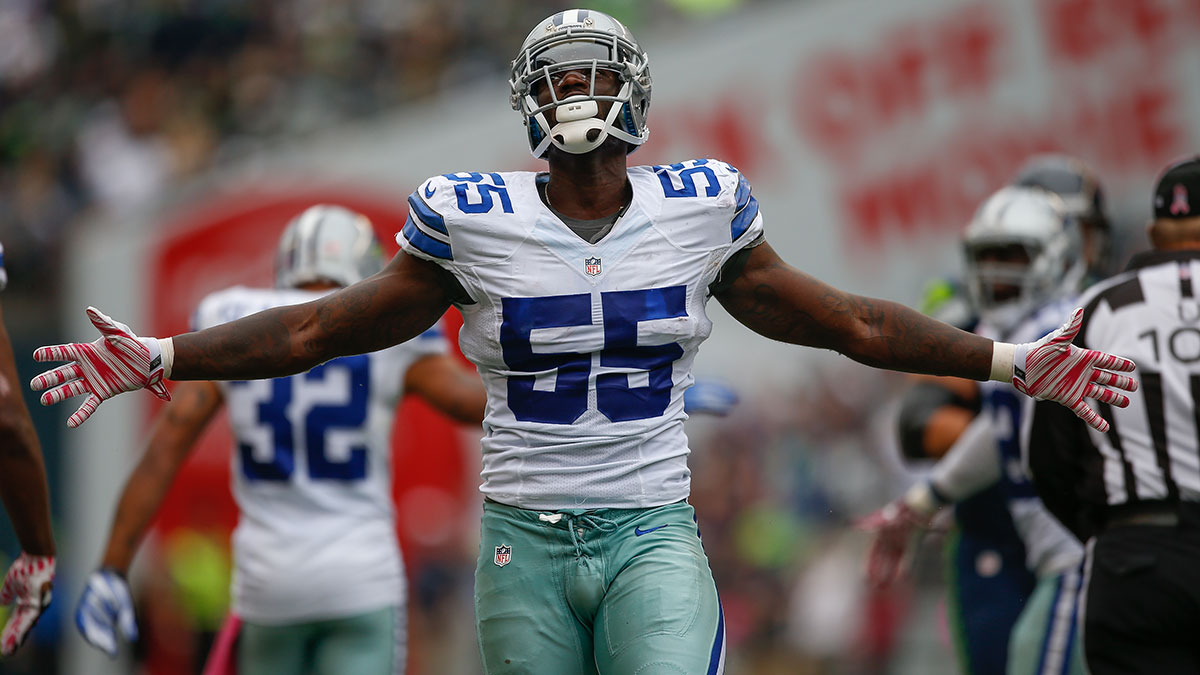 It finally made sense on Sunday.

All year long, I’d been trying to convince myself that these weren’t the Same Old Cowboys, but I just couldn’t buy into it. Something about it felt dishonest. Like a setup.

Sure, there were cosmetic differences. The line was better than it had been since the ’90s. The defense had lost Sean Lee and DeMarcus Ware and was being held together with duct tape and Rolando McClain’s bare hands. Miles Austin drops turned into Terrance Williams catches. DeMarco Murray actually stayed healthy all year, and he’d been dominating since September. Scott Linehan had been calling the plays instead of Jason Garrett and Tony Romo, which meant the Cowboys were actually, finally, running the ball with Murray. They went 12-4.

But let’s not get carried away. I’ve been rooting for this team forever and I’ve lived through the endless loop of 8-8, and I promise that the Cowboys are every bit as stupid and ridiculous as they’ve always been. The soul is the same. Remember when they blew that Monday game to the Redskins? And Jerry Jones came down to the sideline and risked the entire season by putting an injured Romo back into the game? Remember how injury-prone Murray had the best running season for a Cowboy since Emmitt Smith, and how Garrett decided to hand him the ball 400 fucking times?

Remember the drunken shootout with a horrible Giants team on Sunday Night Football? Or when they gave away a 21-point lead to the Eagles a few weeks later?

Or this past Sunday, when they opened the second half with a pick, Murray got going, and then they pulled him to go with an empty backfield on third-and-1 and Romo took a terrible sack that turned into a missed field goal?

That was vintage Jason Garrett Cowboys.

That’s when it clicked. 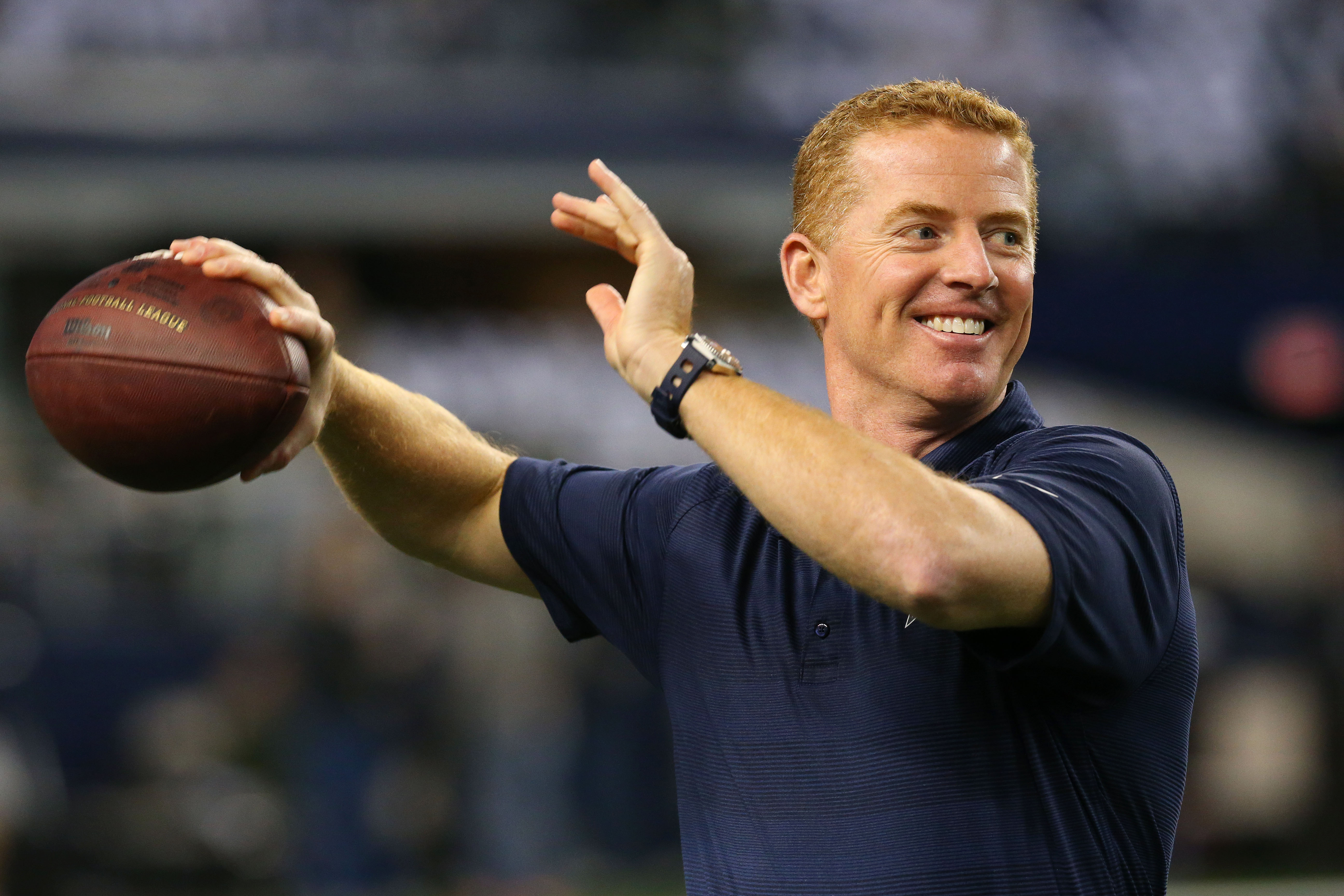 Remember this as everyone previews the playoff games over the next few days: Every time someone says the Cowboys have buried skeletons from the past, or someone writes that this year’s group is somehow tougher than the same old Cowboys teams that limped to .500 every year, it’s not really true.

Against the Lions, you had all the ingredients for a standard Cowboys collapse. Coming out flat at home … Romo trying to do too much … the defense getting picked apart … the offense getting cute in short-yardage situations. Even at the end, after Dallas scored the go-ahead touchdown, the Lions were all set up for a game-winning drive. Exactly what happened a year ago.

But it didn’t happen this year.

Even after DeMarcus Lawrence fumbled away a shot to end the game early and instead put every single Dallas fan on red alert for the worst-case scenario, the D held up and the Cowboys held on. Not because they’ve been hardened by past failures, or “learned what it takes.” Not even because they finally invested in the line and became run-first. They still depend almost entirely on Romo when things get tight.

The biggest difference is that horrible things aren’t happening to this team anymore, and instead they’re catching a few breaks. There’s no grand change to explain all of this. They avoided major injuries to Romo and Murray and the offensive line. They pulled failed first-round pick McClain out of retirement and he turned into one of the best linebackers in football. The dumb Orlando Scandrick contract became the brilliant Orlando Scandrick contract. That Seahawks play turned into this Seahawks play.

Then you had the Eagles losing to the Redskins in Week 16 to hand Dallas the NFC East, and that shady pass-interference reversal on Sunday to help set up the game-winning drive. There was also just the luck of playing their worst game in six weeks against the Lions, a team every bit as clueless as Dallas. Whatever you want to credit along the way, karma has been on the Cowboys’ side.

The end of that last sentence will probably make most of America want to vomit, and hey, that’s fair. 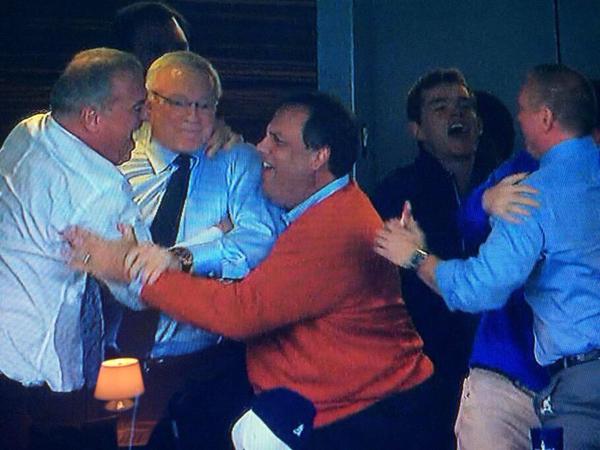 I won’t waste time trying to convince anyone to enjoy this.

Drew Magary was pretty much right when he called me and other Cowboys fans out for acting like this team is some kind of plucky underdog. They are the Football Yankees, and they always will be.

Let me just tell you why I’m enjoying this. Romo has played through injuries in each of the past few years and put together season after season of good-to-great quarterback play, but for most of his career he’s been one of the most consistent punch lines in sports. Jason Witten has been great at his job for longer than almost anyone in the NFL, and he’s done it on teams that almost always blow one or two easy wins and fail in the dumbest way possible. Murray has been underrated since his first year, but he’s never stayed healthy long enough or gotten enough carries to really make a name for himself with anyone other than frustrated Dallas fans. Dez Bryant has been unstoppable for at least the past two seasons, but he’s almost never been in the “best receiver in football” conversation with A.J. Green, Larry Fitzgerald, and Calvin Johnson. Instead, all we’ve ever heard about are sideline “tantrums,” “red flags,” and “maturity issues” whenever things went wrong on the field.

When Bryant’s contract was up for renegotiation this summer, part of me was rooting against a deal. I’d seen Ware waste his prime here, I’d watched Romo and Witten pretty much do the same thing. Deep down, I knew that Bryant deserved better. Sometime during the past 10 years, the Football Yankees turned into the Football Knicks, and everybody deserves better than the Knicks.

But this year it’s all working. The Yankees-Knicks are winning.

No matter what happens next, I’ll always look back on this season and be happy that Romo and Witten finally got to win at the end, Bryant was unleashed for an entire season of ass-kicking, and the worst defense in NFL history managed to pull it together long enough to keep it all going.

The rest of football has spent the year remembering that Romo and Bryant are terrifying to play against, Witten is obnoxiously consistent, and when Murray’s healthy he’s as good as any running back in football. These Cowboys have always been stupid, but they’ve also always been good enough to beat pretty much anyone. For what feels like the first time since Y2K, all of this is working the way it’s supposed to, and there are more good things happening than bad.

I don’t know how, I don’t know why, but the Packers are next, and after that retracted pass-interference call, most of America hates the Cowboys again. It’s great.