How Should We Evaluate Sidney Crosby’s Playoff Performance? 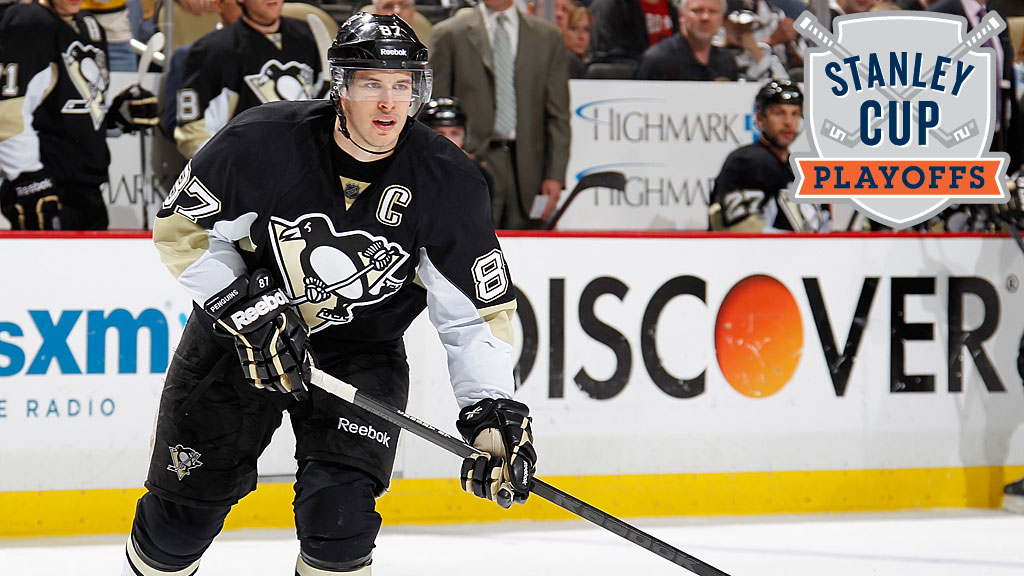 There are two developing story lines in Pittsburgh as the Penguins prepare to meet the Blue Jackets in Game 5 on Saturday. The first is embattled goalie Marc-Andre Fleury, who was probably 24 seconds away from being the hero of Game 4, but left Nationwide Arena the goat after allowing a weak overtime winner to Nick Foligno, which allowed Columbus to tie the first-round series.

The second is Sidney Crosby’s lack of scoring. Lack of goal scoring, to be specific. Crosby has four assists and no goals through four games; he’s one of nine Pittsburgh skaters without one in the postseason. That would be concerning if offense were all Crosby is good for, but it’s not. He rarely gets credit as being one of the top defensive forwards in the NHL.

Yeah, defensive forward. Crosby will likely never earn a Selke nomination like Patrice Bergeron (his Team Canada linemate), since his strengths are mostly accepted as being on the offensive side of the puck. His defensive contributions deserve to be recognized, too, though, especially since Crosby’s line generally plays against the toughest players on opposing squads.

Over the last two regular seasons, the Penguins have scored 144 goals when Crosby is not on the ice and conceded 153. That is a differential of minus-9. Conversely, when Sid is playing, the Penguins’ goal differential spikes to +46. Pittsburgh, unlike Chicago (+25 without Jonathan Toews) or Boston (+37 without Bergeron), will probably run into some problems in the playoffs in part because they lack the depth of other contenders.

It seems to happen every year. Last season, the Penguins scored just twice against the juggernaut defensive Bruins, and survived a first-round scare from the New York Islanders. This season, Pittsburgh is again in trouble against a perceived weaker opponent, with the series with Columbus tied at two. Crosby proved to be the only Penguin capable of winning a faceoff in Game 4. In three of the four games, he has drawn the matchup against Brandon Dubinsky, who was not only Columbus’s second-best scorer at 5-on-5 this season, but also had a 52.1 percent Corsi rate, which was second among regular Jackets forwards.

Neither player has decisively won that matchup yet, though Dubinsky did get the better of Crosby in Game 4, scoring his first of the series. Since both Dubinsky and Crosby’s Corsi rates are over 50 percent (per ExtraSkater), you can conclude that both players are dominating when the other isn’t on the ice.

At this point, only Evgeni Malkin has a better possession rate than Crosby in the postseason, but Malkin has drawn the easier matchup against the Jackets’ third line, and (like in the regular season) isn’t expected to take key defensive zone faceoffs like Crosby is.

During the Olympics, Crosby’s lack of scoring was a sports radio talking point, even though his line was shutting down top opposition and dominating the possession and scoring chance battles. One problem with hockey discussion is that only offensive numbers translate easily to statistics, so it’s difficult to communicate how valuable Crosby is for the Penguins when it comes to preventing goals. In hockey, the best defense is a good offense, and it’s hard to score when you don’t have the puck. Crosby has the puck on his stick all the time.

Granted, the percentages haven’t exactly gone Sid’s way so far. The Penguins have scored on 8.8 percent of the 34 5-on-5 shots taken with Crosby on the ice, but Fleury has just an .897 save percentage on the 29 shots given up. That, more than anything, is what has led to Crosby’s minus-3 rating. (Although at 5-on-5 explicitly, the Penguins are even with Crosby on: They’ve scored and given up three goals in four games.) Crosby has also taken 12 shots on goal, and none has found the back of the net. The odds that an elite shooter like Crosby will continue to come up empty-handed despite getting three shots on goal per game are very low.

During the playoffs, though, the contributions and mistakes made by the game’s best players are judged more intensely than in the regular season. As long as Crosby is held without a goal, you’ll see graphics with the big 0 next to his name. That doesn’t diminish the two-way contributions Crosby has made for Pittsburgh. He doesn’t have much help driving the bus; he has almost single-handedly kept the Penguins a top team in the league for the last two seasons.