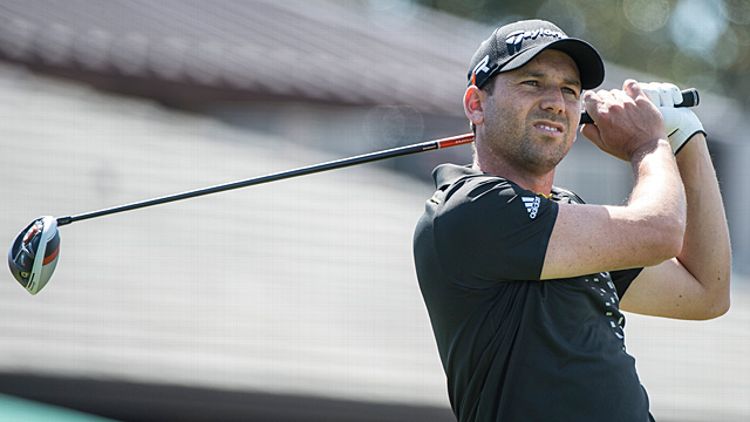 That was in 1999, and even though Sergio Garcia finished second to Tiger Woods in that tournament, it seemed to hearken the start of an exciting career. At the time, we thought the “fearless exuberance of youth” would translate into sustained success; a high ranking, major victories, and a place alongside Seve Ballesteros and Jose Maria Olazabal in the ranks of brilliant Spanish golfers.

But it hasn’t quite panned out. Garcia has won eight times on the PGA tour in the subsequent years, and 10 times in Europe, but he never became the star we expected. And there have been some bad moments along the way. In 2007, he had an 8-foot putt to win the British Open. He missed, and lost the playoff to Padraig Harrington. In 2007, he spit into a cup after missing a putt and was lectured on TV by Jimmy Roberts. The next year, Harrington again erased Garcia’s lead at a major, the PGA Championship, to defeat him for the title. Afterward, Garcia was understandably testy with the media. That started a prolonged long slump for Garcia, who was ranked as high as second in the world in ’08, his best year as a golfer. In 2010, he angrily beat his club into the ground after a poor bunker shot. He even missed the 2010 Ryder Cup — the one place where he’d had unqualified success &#8212 due to his poor play. Things have gotten better over the last couple of years, but he’s only won a single tournament since October 2011.

And on Sunday, his tee shot on the 10th hole ended up in the crook of an oak tree, 15 feet off the ground. That’s when Garcia got creative again:


It was a great moment, typical of his exotic play, but the postscript this time wasn’t so happy. He hurt his shoulder and Achilles tendon while making the shot, and had to withdraw when play was stopped on account of bad weather.

It was another erratic move for the erratic golfer. And there’s a strange kind of synchronicity to the fact that a tree was involved. At the moment, his career is book-ended by trees: the brilliant shot that foretold an amazing career at Medinah, and the backward wedge from the branches that sparked his latest disappointment.