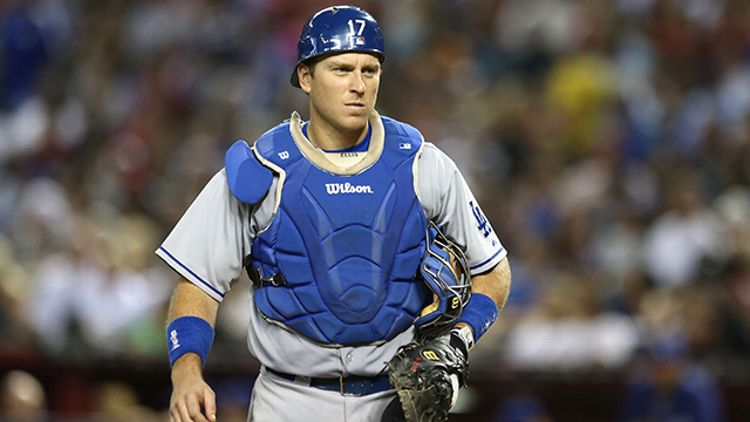 Thirty-seven and eight. That was the Dodgers’ record over the 45 games leading into Monday night’s game against the Mets. The last time any team fared better during a 45-game stretch was the 1951 Giants, who staged one of the greatest comebacks in baseball history, catching and passing the Dodgers to win the pennant. Sixty-two years later, these Dodgers are torching everyone in sight, even when they get caught with their pants down and mockery ensues.

Dissecting the main reasons for the Dodgers’ monster streak isn’t that tough. A lot of it’s a function of money.

Pick your favorite Dodgers player this season. Yasiel Puig looks like a stupendous bargain now … but he was a gigantic wild card when the Dodgers handed him a seven-year, $42 million contract, more than any team had ever paid to acquire a free agent from Cuba. Hanley Ramirez is terrorizing the league just like he did in his prime … but he looked like a player with diminished talent, a terrible attitude, and a big contract when the Dodgers traded for him, because if he’d turned out to be a $15 million-a-year bum, that’d be little more than a rounding error. (The Dodgers have been without Ramirez’s MVP-caliber contributions for the past eight games, and have gone 7-1 in that span anyway.) Zack Greinke has been a pretty good no. 2 starter (and an unstoppable hitter) … which if you’re the Dodgers is all you need when spending $147 million.

Having money can also help a team overcome multiple injuries, poor performances, and even terrible investments. Matt Kemp turning into a player who can’t hit or stay healthy isn’t a problem. Blowing $85 million on Andre Ethier when even the best-case scenario had him as a glorified platoon player isn’t a problem. Tossing tons of money at crappy relief pitchers like Brandon League and Matt Guerrier? Chad Billingsley making two starts in Year Two of a three-year, $35 million contract? Ted Lilly making just 13 starts in the final two years of a three-year, $33 million pact? Absorbing more than a quarter-billion dollars in salary in a megadeal only to get just 15 starts from the key pitcher in the trade? None of these are problems.

Of course a massive payroll doesn’t guarantee anything — the Yankees clocked a $229 million Opening Day payroll, the Phillies $160 million, the Giants and Angels $142 million, and none of those teams are likely to make the playoffs this year. Beyond the team’s 11 players making $10 million or more this year — including Clayton Kershaw, the one high-priced, homegrown player on the roster actually earning his keep — there’s a supporting cast that’s powered the Dodgers to a slew of wins.

• Though Greinke holds the title of no. 2 starter, the Dodgers’ second-best starting pitcher has actually been Hyun-jin Ryu. One day before landing the winter’s priciest free-agent pitcher in Greinke, L.A. got a huge bargain in the then-25-year-old Ryu, landing him for the relatively tiny sum of $36 million over six years. Reeling in a pitcher from South Korea carries with it a fair amount of risk, given the uncertainty over competition level and how success there might translate in the big leagues. But Ryu has been a revelation, firing 141⅓ innings with a 2.99 ERA and 3.28 FIP. With teams becoming far more aggressive in handing contract extensions to key players before they can hit the open market, free agency is becoming more and more shallow, to the point where a player like Josh Hamilton becomes the main attraction, a team drops nine figures to land him, and grows to regret it approximately two minutes later. Signing Ryu for just $6 million a year looks, in retrospect, like the kind of moderate-risk, high-reward move a cash-strapped team like the A’s might make, not something the flush Dodgers would do.

In some ways the Ryu deal makes you rethink the Puig contract a bit too. Though Puig was signed at an age closer to a college star and lacked the multiple years of success Ryu had playing pro ball, he too got an annual $6 million deal that even baseball’s poorest teams could afford, as long as they were willing to take a risk. Again, the Dodgers could get absolutely nothing for the $12 million a year combined they’re paying Ryu and Puig and not have to sweat it. But given the inflated prices for traditional free agents and a win costing about $6 million a year on that market anyway, GM Ned Colletti & Co. deserve a lot of credit for spending smart in this case, rather than spending big.

• A.J. Ellis might be the most underrated catcher, if not for last year’s #AJEllisFacts meme and the grassroots campaign to get him into the All-Star Game (it didn’t work). Though his numbers are down from last year’s .270/.373/.414 breakout, Ellis still ranks 10th among catchers with a .336 on-base percentage, with an overall park- and league-adjusted line that’s 4 percent better than average for all hitters, not just catchers. Though catcher defense remains a challenge to quantify even by advanced stats, Ellis does get good marks for that element of his game too. In his first season after reaching arbitration eligibility, he’s still making just $2 million.

• Beyond the terrible League and the terrible-then-traded Guerrier, the Dodgers have built an excellent bullpen without making any (other) big investments. J.P. Howell was a buy-low play on a reliever who used to be elite before running into some rough times; he’s now an important part of the team’s success, putting up a 2.05 ERA and just one homer allowed in 48⅓ innings, all for less than $3 million. It’s the kind of move you might expect from a shrewd and thrifty team like the Rays, only it was the Rays that let Howell go in the first place. Fellow left-hander Paco Rodriguez has been even better, flashing a 2.09 ERA but with better fielding-independent stats, thanks to a strikeout-to-walk rate of nearly four-to-one as well as a similarly tiny home run rate. He’s also just 22 years old and making the league minimum, after getting snagged by the Dodgers as a second-round pick just a year ago. We’d tell you all about Kenley Jansen’s journey from converted catcher to fireballer with an irregular heartbeat scare to elite closer, but Michael Baumann just did that.

• Nick Punto, in a sense, is the most expensive $1.5 million-a-year player in baseball history, given he was the throw-in that came with payroll-cloggers Adrian Gonzalez, Carl Crawford, and Josh Beckett last year. Still, the Dodgers got a fine bonus in that deal, a player who provides above-average defense at multiple positions, with a solid .336 OBP this year. Punto’s even cracked a pair of homers, his second one salting away Monday night’s win over the Mets and delighting his teammates, who predictably razzed the player who’d hit just nine homers in eight years before going yard at Chavez Ravine last night.

When you’ve got a bottomless pit of cash, that makes it infinitely easier to pay for premium talent, and to adjust when big splashes don’t work. But at some point you have to actually hit on the players you acquire, including on the low end. The Dodgers have, and they wouldn’t be where they are if they hadn’t.