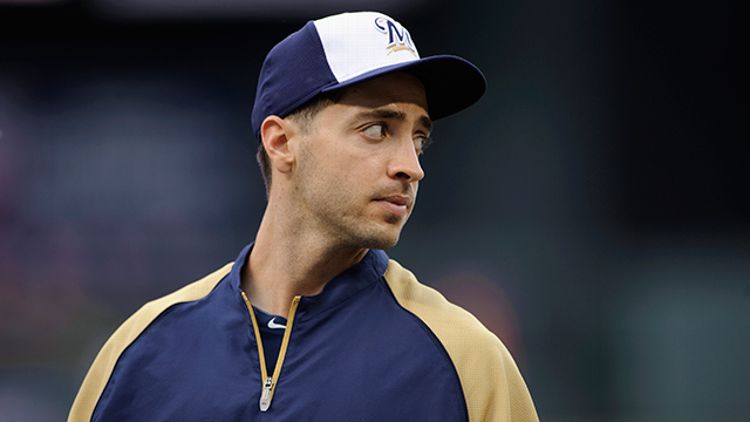 Major League Baseball suspended Ryan Braun for the rest of the 2013 season, crossing the league’s most wanted PED user off its target list and serving notice to other players implicated in the ongoing Biogenesis case that more suspensions are likely coming soon.

Braun’s 65-game suspension closes the book on a pursuit that took nearly two years for MLB to complete. (Listen to today’s podcast with ESPN.com’s Jerry Crasnick and FanGraphs writer/former attorney Wendy Thurm for more insight on the case.) Braun underwent a drug test in the fall of 2011 and tested positive for elevated testosterone levels. Facing a 50-game suspension for that offense, Braun appealed the case and won. Arbitrator Shyam Das overturned the would-be suspension, after Braun and his attorneys argued the collection of his urine samples didn’t follow protocol. That ruling set off a chain reaction that took until Monday to resolve.

“There were a lot of things that we learned about the collector, about the collection process, about the way that the entire thing worked that made us very concerned and very suspicious about what could have actually happened,” Braun said at the time. “We spoke to biochemists and scientists, and asked them how difficult it would be for someone to taint the sample. They said, if they were motivated, it would be extremely easy.”

• In May 2012, MLB dismissed Das from his role as baseball arbitrator. Though that role was always theoretically tenuous and subject to instant dismissal by either side, Das had held the job for 14 years without angering either the league or the players’ union enough to have any major action taken against him.

• Braun’s name surfaced in the Biogenesis scandal, first reported in January 2013 by the Miami New Times.

• On June 29, MLB met with Braun to discuss the evidence it had collected against him, stemming from the league’s meetings with former Biogenesis proprietor Tony Bosch. At the time, Braun refused to answer questions about Biogenesis. But as Outside the Lines reported Monday, Braun realized at that first meeting that MLB had substantial evidence against him, so he arranged a second meeting where he could negotiate a deal that would satisfy both parties.

That deal dropped on Monday. In many ways, it’s not a bad one for Braun or the Brewers. Braun is in the midst of a long-term contract that binds him to Milwaukee through 2020. It’s an escalation deal, whereby he was due to make $8.5 million this year, then $10 million in 2014, $12 million in 2015, and $19 million in each of 2016, 2017, and 2018. By agreeing to the season-ending deal now, Braun forfeits about $3.4 million in pay. He also avoids the uncertainty of a situation in which he appeals, then leaves the final decision regarding the length of a potential suspension up to an arbitrator. He had already missed more than a month’s worth of action because of injuries, and was still nursing a bad thumb. By dropping his right to appeal, Braun serves out his suspension during a year in which his team has virtually no chance to make the postseason.

Finally, Braun released a statement through the league in which he sort of apologized and sort of copped to what he did, but not really:

As I have acknowledged in the past, I am not perfect. I realize now that I have made some mistakes. I am willing to accept the consequences of those actions. This situation has taken a toll on me and my entire family, and it is has been a distraction to my teammates and the Brewers organization. I am very grateful for the support I have received from players, ownership and the fans in Milwaukee and around the country. Finally, I wish to apologize to anyone I may have disappointed — all of the baseball fans especially those in Milwaukee, the great Brewers organization, and my teammates. I am glad to have this matter behind me once and for all, and I cannot wait to get back to the game I love.

There are those who have argued that Braun (and the Brewers) got off easy, that he deserved at least a 100-game suspension, 50 for the failed 2011 test and another 50 for possessing PEDs purchased from Biogenesis. On the other hand, Braun is in the prime of his career in a way that, say, Manny Ramirez and Alex Rodriguez weren’t when word surfaced (from their own mouths or others’) that they’d taken performance-enhancing drugs in the past. That means Braun should expect years of boos and scorn to rain down in every stadium. Considering the way Hall of Fame voters have apparently blackballed even players like Jeff Bagwell who are guilty of nothing other than being muscular and playing baseball during the 1990s, Braun’s eventual Hall chances don’t look particularly good either, even if he continues to rack up big numbers for several more years.

From the Brewers’ standpoint, they had a franchise player who they hoped would keep winning the hearts and minds of fans for years to come, inspiring them to buy tickets and jerseys and generally pump money into a franchise that plays in MLB’s smallest market. It’s entirely possible that fan loyalty for Braun starts to wane now that accusations have turned into enough proof for the team’s star to accept his suspension. The Brewers had enough problems while Braun’s case merely hung in limbo; the latest news certainly isn’t going to help future revenue streams, nor the team’s ability to start winning again relatively soon.

The next step for the rest of the league could be more suspensions, and soon. OTL reported that the league has far more damning evidence against Rodriguez than it did against Braun. Even rehabbing from multiple injuries and just shy of his 38th birthday, A-Rod figured to be an improvement over the legion of saboteurs the Yankees had trotted out this season to man the hot corner. If MLB’s case against Rodriguez is truly stronger than the one the league had against Braun, the Yanks would need to go outside the organization to fill their desperate need at third. (They’re rumored to be close to a deal that would reel in Alfonso Soriano, though that would still leave about four sizable holes in the lineup.)

Of course the Yankees are seven games out in the AL East, fielding half a roster, trailing three wild-card contenders and tied with another. As we mentioned two weeks ago, stronger contenders like the Rangers and Tigers could suffer crueler blows if Nelson Cruz and Jhonny Peralta, two other players cited by OTL and other outlets as being investigated by MLB, were to be suspended. The Rangers did acquire right-handed starter Matt Garza from the Cubs on Monday (a move that caught the baseball world’s attention for about 15 minutes, until the Braun news washed it away). But an early mediocre lineup would get a lot weaker if Texas were to lose its second-best hitter for the rest of the year. Detroit’s offense has trumped all others this year on a park-adjusted basis, so a Peralta suspension wouldn’t seem to hurt as badly. But for a team that’s already fervently pursuing bullpen help, needing to dig deeper for prospect trade chips to fill a potential Peralta vacancy would be a hassle the team doesn’t need.

OTL reported that the Braun suspension was unusual as far as the scope of the Biogenesis investigation goes, and that whichever other players are slated to get suspended will all find out at the same time. But players like Cruz and Peralta (and maybe others) would have less incentive to waive their right to appeal than Braun did. Even though MLB just caught its biggest fish, this entire episode might be far from over.