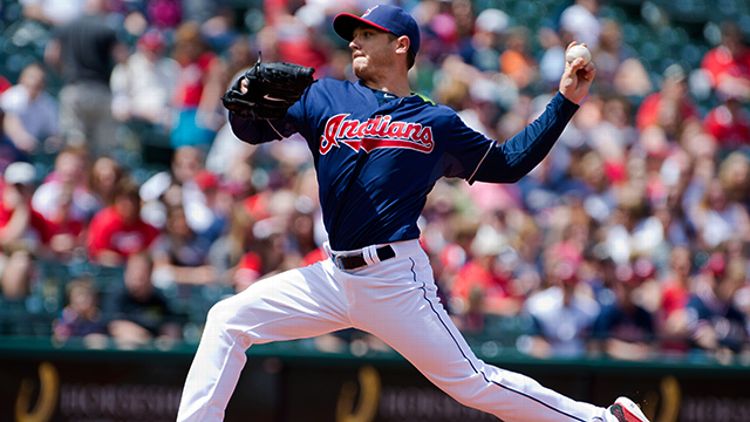 Coming into this season, Scott Feldman owned a career 4.81 ERA. It wasn’t all bad, of course. You could blame some of those runs allowed on the harsh pitching environment at Arlington in which he toiled for eight years. There were flashes of strong results, such as the 2009 season that yielded a 17-8 record and 4.08 ERA — though even then his numbers weren’t supported by strong peripherals. For fantasy purposes, Feldman’s name wasn’t one you had to remember at the draft table, unless you were in a really deep league.

Feldman’s first three starts this year did nothing to change anyone’s opinion. Lasting just 14 combined innings, he allowed 15 hits and 10 walks, for a 4.50 ERA. Except that ERA was a gift, the result of the stat’s silly way of distinguishing “earned” runs from “unearned” ones. Turns out Feldman actually allowed twice as many total runs as he had earned runs — 14 in 14 innings. Throw in the weak contributions of the Cubs’ offense and defense and you had a mediocre pitcher playing on a lousy team, someone you wouldn’t think would be worth starting against anyone.

That’s when the schedule gods smiled upon him. On April 26, Feldman got to face the Marlins, owners of the second-worst offense in the majors. He didn’t dominate by any means. But Feldman’s line — 6⅔ innings, seven hits, two runs, two walks, two strikeouts — proved enough to earn his first win of the year.

That was just the appetizer. In his next start, Feldman squared off against the Padres. He obliterated them, ceding just two runs on three hits, walking one, and striking out 12, en route to the first complete game of his career.

Given what happened in the start after that one, it’s possible that Feldman made a change that might bode well for the rest of his season; tossing seven two-hit, shutout innings against the Rangers would seem a much greater accomplishment than shutting down the Marlins and Padres (though the Rangers have been surprisingly mediocre offensively this year, too, and might not be that big a threat away from their home park in Texas). Still, the larger point stands: You don’t need Clayton Kershaw pitching every night to field a winning fantasy pitching staff. Given the right matchups, even the most ordinary arms can pay off in a big way.

The term for this fantasy strategy is streaming. It’s especially useful in leagues that don’t have innings and transaction limits. In relatively shallow leagues with daily lineup moves allowed, you can blow everyone away in wins and strikeouts just by slotting new starters in and out of the lineup constantly. But even in leagues with stricter usage rules and weekly lineup moves, it can be a winning strategy, especially if you’ve got a so-so pitcher due to make two starts against terrible opponents in the same week.

Every year, ESPN fantasy guru Matthew Berry writes a lengthy feature on streaming. In it, he focuses on the pitchers who are so good, you shouldn’t drop them even if a prime streaming scenario presents itself. Berry’s list of players amounts to a new way of defining replacement level in fantasy baseball, assuming you play in a standard 10-team mixed league. A few years ago, Berry found that the pitcher who forms the cutoff between droppable and undroppable was Wandy Rodriguez. So he named his theory the Wandy Line. Do take the time to read about the Wandy Line, one of the most instructive strategies in fantasy baseball.

Here, we want to try a different approach. Berry covers all the pitchers who shouldn’t be discarded in streaming situations. What we want to learn today is which matchups make for ideal streaming opportunities. Which teams can be conquered by even the most pedestrian starters. Hell, which opposing pitchers make good head-to-head matchups, if you’re more concerned with bagging a win than keeping a pristine ERA or WHIP intact.

Before we run down a few, wanted to share three of my favorite streaming resources. The first is the Projected Starters grid at Rotowire.com. It’s customizable and highly informative, allowing you to view the next three, five, seven, or 14 days’ schedule, or even go back in time and see who faced who, and how everyone fared. Rotowire also features the Pitching Value Meter, which ranks the top 75 National League and American League starters, as well as the top 100 for the entire majors, based on a combination of ability, health, and matchups. The author of the Value Meter, Paul Sporer, covers starting pitchers with more zeal and skill than just about any other fantasy analyst on earth. The third go-to read is Tristan Cockcroft’s Fantasy Forecaster at ESPN.com. In it, you get starting pitcher rankings, start/sit suggestions, and my favorite feature, day-to-day 1 through 10 grades for every starting pitcher in the coming week, based on that same combination of ability, health, and matchups (there are also graded team hitting matchups). Cockcroft really knows his stuff, too, so this is a terrific weekly guide from April through September.

With all that established, here are a few of the teams that make for great streaming matchup possibilities:

Miami Marlins: The Fish rank last in batting average and slugging average and second-to-last in home runs, and they’re now missing their best hitter, Giancarlo Stanton. Padres starter Jason Marquis came into Wednesday’s game against Miami with a 4.59 career ERA and 4.83 career FIP, and 4.25 and 5.73 numbers in those categories for 2013. As I’m writing this, the Marlins have gone six innings with no runs and just three hits against him, with Marquis expending just 62 pitches in the process. Placido Polanco, who’s slugging .281 this season, hit third on Wednesday. Marcell Ozuna, playing in just his ninth career major league game, was hitting cleanup. If you’re in anything deeper than a 12-team mixed league, you can start just about anybody against the Marlins, anytime. Even in shallower leagues, a Jason Marquis type (especially at Petco Park) against a team like Miami might trump, say, Ryan Dempster at Yankee Stadium.

San Diego Padres: Adjusting for park and league effects, the Padres offense actually ranks 10th-best in baseball, per FanGraphs’ wRC+ stat. Of course, standard fantasy leagues don’t adjust for anything. So even with some of the improvements made to this year’s offense, the Friars still rank just 20th in offense, hitting .251/.324/.389 through Tuesday’s games. Though the Padres’ offense isn’t as bad as it’s been in the past, it’s their terrible pitchers that retain their status as a prime matchup: As a staff, the Padres rank last in MLB in Wins Above Replacement, one of just two teams to produce aggregate results below replacement level.

Chicago White Sox: Sounds crazy, right? Once upon a time, this was the team of peak Paul Konerko, Jermaine Dye, Jim Thome, and others, a collection of beastly sluggers that struck fear into the hearts of opposing pitchers. Though they’re still hitting home runs at a healthy clip, only the Marlins have fared worse than the .224/.277/.371 line put up by White Sox hitters this season. Some of these performances will either improve, or result in players getting benched — such as Adam Dunn hitting a buck-forty-five, Tyler Flowers at .183, or Jeff Keppinger failing to draw a single walk all season. Still, this projects as a weak lineup even if and when some positive regression does occur. I’d probably still rather take my chances against the weakest National League teams playing in friendlier pitcher’s parks. But in AL-only or deep mixed leagues, the White Sox can and should be exploited.

Houston Astros: When writers start contemplating aloud if the Astros might lose 120 games this year, that’s a pretty good sign you want to attack them with even the dregs of your pitching staff. Chris Carter’s hit a bunch of homers, and the answer to the question of How Many Altuves will make the All-Star Game is “all of them.” But you still have to ride out this trend as long as it’ll go.

Finally, here are a few pitchers who make for solid streaming matchups, even if their teams aren’t terrible overall:

Scott Kazmir, Indians: You want to root for the guy after all the pitfalls he’s faced, and striking out more than a batter an inning through three starts is nice. But we’re talking about a pitcher who’s thrown a total of 16 big league innings since 2010, with a 6.28 ERA and 5.78 FIP in his limited playing time this year. The Indians actually own the best offense in the game per wRC+, meaning whoever you start could be at risk of a beatdown if things go wrong. But five or six innings, three or four runs allowed, and a win could be a reachable target, if you’re hurting for W’s. Bartolo Colon and the A’s face off against Kazmir and the Tribe today, in fact. That’s about the right-level pitcher I’d want to stream here. (On second thought …)

Mariners starters not named Felix Hernandez or Hisashi Iwakuma: Seattle’s offense isn’t particularly good, but it’s better than it was last year, whether because of Safeco Field’s fences getting moved in, the addition of Mike Morse and other lineup changes, simple regression toward the mean, or all of the above. Iwakuma’s flukish .191 BABIP aside, he and Hernandez are tough to beat, no matter where they pitch. The rest of the staff? Have at it. Acknowledging the incredibly small sample size, here’s one of my favorite stats of this early season:

Saunders isn’t particularly good even in the best of times, which makes matching up against him in a Mariners road start a strategy worth exploring.

Jeremy Hefner, Mets: Top prospect Zack Wheeler’s starting to mow down Triple-A opponents, which means he should be up with the Mets in a matter of weeks, likely to take Hefner’s rotation spot. In the meantime, Hefner’s 5.73 FIP is the third-worst in baseball this year. Even granting that a flukishly high home-run-to-fly-ball rate is responsible for much of his poor early-season results, he’s a hittable pitcher on a bad team that plays terrible defense. Enjoy him while you can.

Big Questions for a Day Off: Can the Knicks and Thunder Overcome Their Offensive Struggles?